Michael Flatley will serve as the Ambassador of Culture for Co Saolfada, a symbolic county in Ireland for cancer survivors launched by Breakthrough Cancer Research. 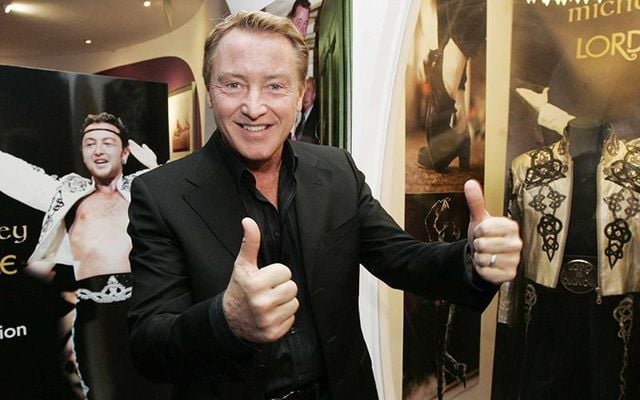 Irish dance phenom Michael Flatley has teamed up with the Irish charity Breakthrough Cancer Research for the creation of Co Saolfada, a symbolic 33rd county in Ireland for cancer survivors.

Irish charity Breakthrough Cancer Research says the best way to change this statistic and increase the survivor population is to support innovative cancer research that will create new treatments for the hardest to treat cancers.

As such, the Irish charity announced on June 6, National Cancer Survivors Day, that it, along with help from Michael Flatley, would be appealing to the Taoiseach to create a new, symbolic 33rd county - Co Saolfada - for Ireland's cancer survivor population.

“We call this county Saolfada, derived from the Irish for life (saol) and long (fada). A county of survivors – as Gaeilge, Contae na Marthanóirí.”

The Irish charity said that Co Saolfada “will represent and celebrate a population that has survived and lived longer thanks to scientific innovation and cancer research."

Michael Flatley, the Irish American mastermind behind Riverdance and Lord of the Dance, has signed on as the symbolic county’s Ambassador of Culture, while John Buttimer, former Lord Mayor of Cork, has come aboard as the honorary mayor.

Flatley said: “Today is a day to celebrate survival. There are 200,000 survivors in Ireland, including me, thanks to innovations in medicine and cancer research, and that’s just incredible.

“Let’s help Breakthrough increase the population of Co Saolfada by supporting more research! Everyone diagnosed with cancer could one day live there.”

Buttimer said: “Cancer can strike at any time. For me, it was during my year as Lord Mayor. I think the idea of a County of Cancer Survivors with its own council is a wonderful idea – because there are 200,000 of us now. And as such, cancer survivors should absolutely have more prominent representation in government.”

Orla Doran, CEO of Breakthrough Cancer Research Ireland, said that all cancer survivors in Ireland - the current "residents" of Co Saolfada - are welcome to put themselves forward for a position on the new Council for the symbolic county.

"Here you can represent your district and your experience, you can advocate for your community and input on research needed for your neighbours and future neighbours," Doran said.

"If Kildare can have a county council to look out for the needs and wants of its residents, why should the cancer survivor population have none?"

In addition to creating a symbolic new county, the charity has created a crest for Co Saolfada with the motto ‘Survive All’, along with county t-shirts/ jerseys for survivors that can be bought in their online shop.

Breakthrough Cancer Ireland focuses on funding world-class cancer research into poor prognosis cancers, which are poorly served by current treatment options; facilitating collaboration between scientists and clinicians across Ireland and internationally; and accelerating the translation of lab discoveries into new effective treatments for cancer patients. You can learn more about the charity here and donate here.