Shane Kenny has battled through the coronavirus lockdown and a cancer diagnosis, but is now prepared to conquer New York with Big Shane's Ice Cream. 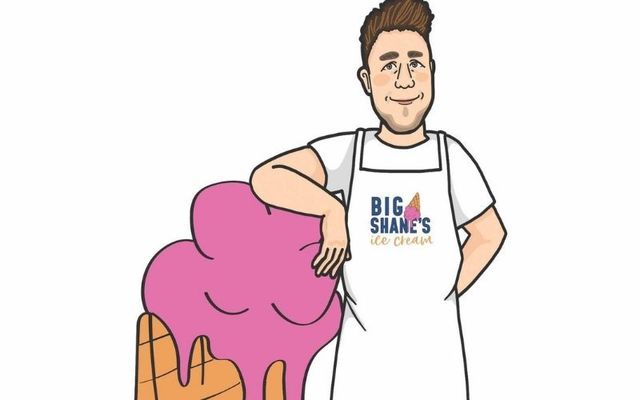 An Irish bartender living in New York City has battled through hardship and adversity to launch a popular ice cream brand that experiments with Irish favorites.

Shane Kenny, a 27-year-old bartender from County Meath, moved to New York City in 2017 and is now intent on cracking the city's ice cream market but has had to battle through a challenging 12 months to do so.

Kenny and his business partner Sarah Pleitez were preparing to launch their new ice cream venture in a cafe in the Tara Rose Irish pub, in Manhattan, in March 2020 when the pandemic hit and forced New York City into lockdown.

Kenny, who had flown family and friends out to celebrate the launch of "Big Shane's Ice Cream", was forced to abandon the launch and come up with alternative ways of distributing his new product.

The Irish native adapted to the struggles of the COVID-19 lockdown with more than a little help from the Irish community in Sunnyside, Queens, where he currently resides.

"The Irish community here makes you feel like you're living at home. They all look out for each other. It's mad," Kenny told IrishCentral.

Through the power of social media, Kenny and Pleitez's new venture spread like wildfire and it seemed like they had overcome the harsh difficulties of the COVID-19 pandemic, which forced closures all over the city.

However, the pandemic was not the only sucker-punch that Kenny and Big Shane's Ice Cream had to deal with over the past 12 months.

In September 2020, Kenny was diagnosed with Stage 3 testicular cancer, temporarily stopping him and his business in his tracks. He had felt pain for years but never acted on it because he was living week-to-week without health insurance.

He was forced to act last September when his whole body seized up in pain and he is calling on young men to be more open about their health.

"Get up and go talk to your family. Talk to your friends. Talk to your doctor. Don't keep your emotions hidden away, especially when it comes to your health," he said, encouraging people living without health insurance to visit their local CityMD.

Kenny underwent surgery to remove the tumor but was told that the cancer had spread into his lymph nodes and his lower abdomen, while smaller spots were detected on his lung.

He said that the diagnosis was a "kick in the you know what", forcing him to shelve plans of expanding his ice cream business throughout New York City.

"It was hard enough setting up a business during COVID, but to throw in cancer was just a bit of a joke," Kenny said.

Kenny's diagnosis and the subsequent chemotherapy meant that he could only do about 10% of the work he had been doing, but Pleitez put in Trojan work to keep the fledgling business afloat by ensuring that all existing customers were kept stocked.

"She kept all of our bars stocked. We didn't pursue any new bars because it was winter and I was going through chemo. It was too much work to put on her shoulders, but we kept going. A lot of our friends helped us out." 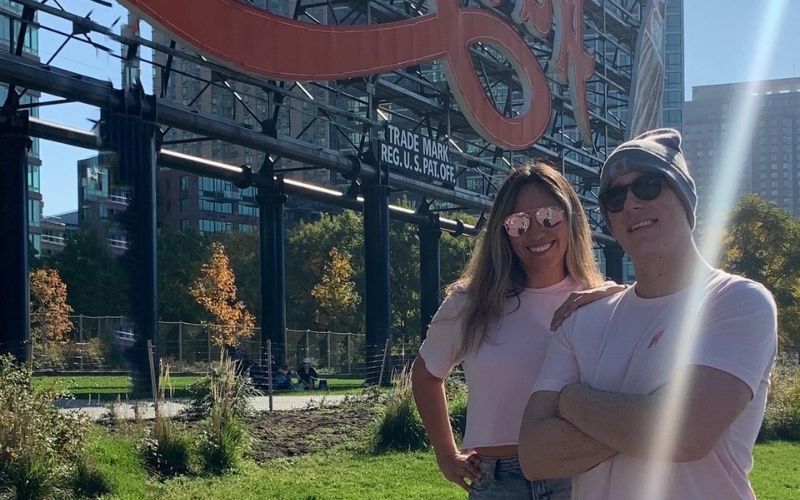 The story has a happy ending - Kenny finished his last bout of chemotherapy just before Christmas and is now in remission, while Big Shane's Ice Cream is now thriving.

The company started off as a "bit of a joke" between Kenny and Pleitez, who both worked as bartenders at Ida's Nearabout in Sunnyside.

Kenny, frustrated by the popularity of ice cream parlors around the city, challenged his colleague - who trained as a pastry chef - to make ice cream that the bar could sell to draw in more customers.

He spent more than $100 on an ice cream machine and laid down the gauntlet; Pleitez took up the challenge and passed the test with flying colors.

Shortly afterward, they were asked to provide two gallons of margarita ice cream for a party at Ida's Nearabout and soon realized the potential to develop a niche ice cream business that experimented with Irish favorites.

Their first port of call was honeycomb crisp - a staple Irish ice cream flavor that Kenny couldn't get hold of in America. One of their most popular flavors is Bailey's ice cream with Pleitez's own ginger cookies and a raspberry swirl, while they have just released "The Rocky Road to Dublin" - a mouthwatering new fusion of chocolate ice cream, Guinness, marshmallows, and toasted almonds. 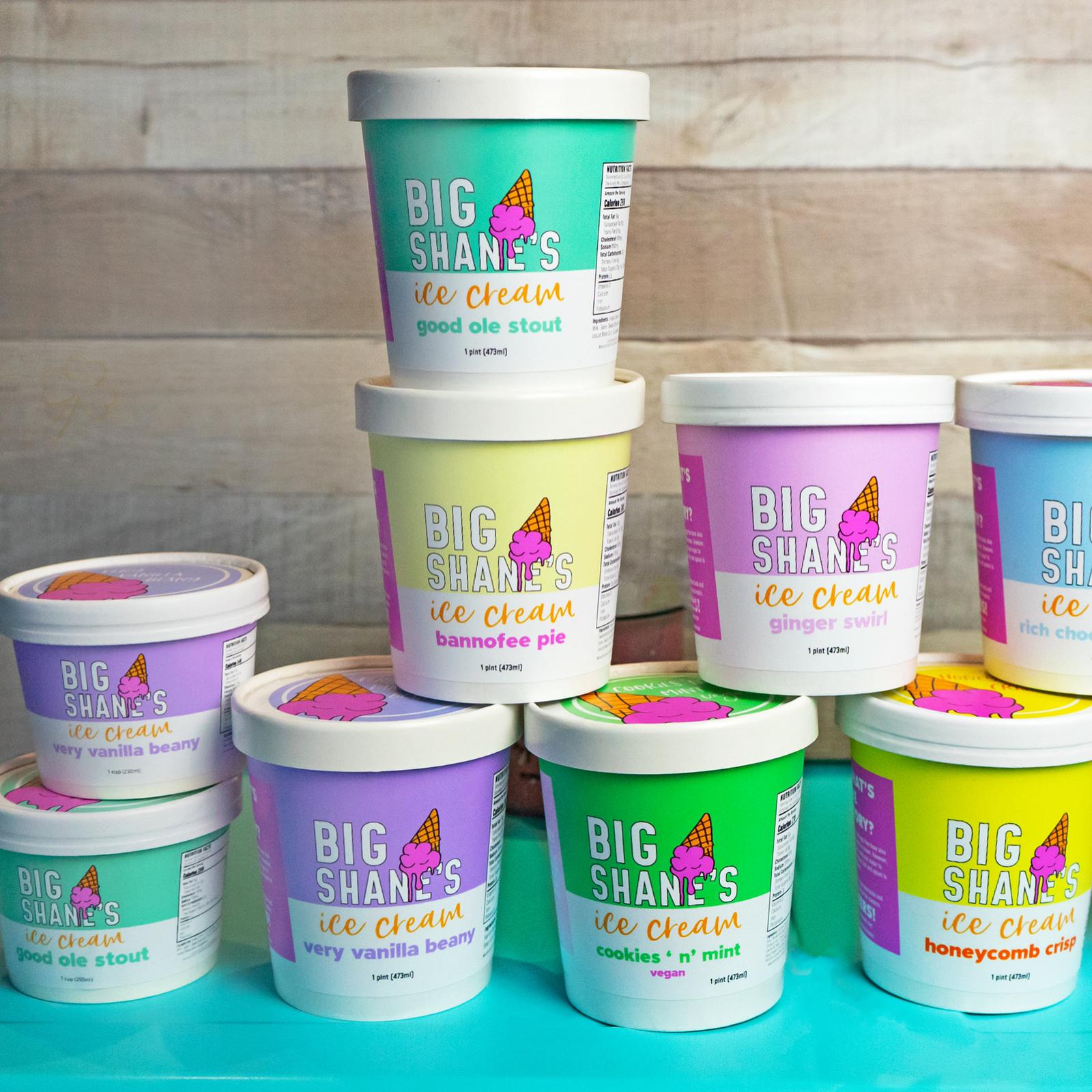 Kenny describes the flavors as "Irish twists of American classics" and said that he sources most Irish ingredients by perusing the biscuit aisle in the Butcher Block in Sunnyside - a specialty store that caters to Irish people missing a taste of home.

Kenny and Pleitez found success in bars around Queen and Manhattan last summer. With bars forced to sell food with alcoholic beverages, Big Shane's Ice Cream proved to be extremely popular in the sweltering heat of the New York City summer.

The ice cream can now be found in eight bars and restaurants throughout the city, who either sell it in pint-sized tubs or as scoops to accompany items on their dessert menu and Kenny revealed plans to send the ice cream nationwide by early May.

"We're moving our product to a manufacturer and co-packager at the end of April. They're going to make the ice cream for us and we'll put it into a freezer. That will give us a chance to really attack New York and have a crack at nationwide shipping.

"In the next couple of years, I hope to bring it back to Ireland and give HB a run for their money."

The company is now a full-time career for Kenny, who has never looked back since challenging Pleitez to make some ice cream at a small bar in Sunnyside.

He believes that his experiences over the last 12 months have made him and his business stronger and more resilient.

"It has made the business stronger. What started out being a small little hobby and a bit of fun, is now my career. Going through COVID and chemo has given me a kick up the arse to go out there and make something of myself."