Brave Irish cancer campaigner Vicky Phelan has revealed that she has reason to feel "positive" about a treatment program she is undergoing in the U.S. 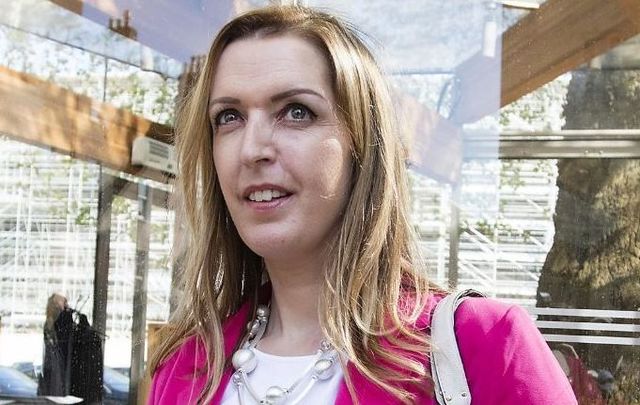 Vicky Phelan, the courageous Irish mother of two who is credited with lifting the lid on Ireland's CervicalCheck scandal, has been taking part in an immunotherapy drug trial in Maryland since January.

The Limerick native, who was diagnosed with terminal cancer following a cervical smear test error, gave a voice to hundreds of other women who had been suffering in silence.

She took a case against Ireland's Health Service Executive (HSE) and Clinical Pathology Laboratories, the U.S. laboratory which was analyzing the tests for Ireland's National Cervical Screening Program, for incorrect smear results.

The “false negative” was uncovered during a retrospective audit and was relayed to Phelan's doctor in 2016. However, she herself wasn't informed for another 15 months.

Phelan, who settled the case for $3 million, was named among the most "influential and inspiring women in the world" by the BBC back in 2018.

And now it has emerged that the tireless campaigner has made another momentous step in her battle against the disease, with indications that the level of cancer in her body is "starting to go down."

In a radio interview, Phelan revealed that a scan, scheduled for later this month, will determine whether she remains on the clinical trial.

"For the first couple of treatments I've been recovering from side effects and I've already had a couple of rough days.

"I've had to go into hospital and was put on an IVF drip because I was so dehydrated from vomiting, but they've adjusted my anti-sick treatment and that seems to be working."

She added, "My first scan is on March 23 and if everything goes well I'll have a scan every eight weeks.  If I have this scan and they see no change and my tumors are either the same size or have grown, well that's the end of that.  I would literally be taken off the trial that day.

"These trials cost so much to have patients, it costs something like a million dollars per patient, so if somebody's not responding they'll try to find someone else."