If doctors had been honest with Vicky Phelan about her Cervical Check results, she would have had a 90% chance of successful treatment. Instead, she has 12 months to live. 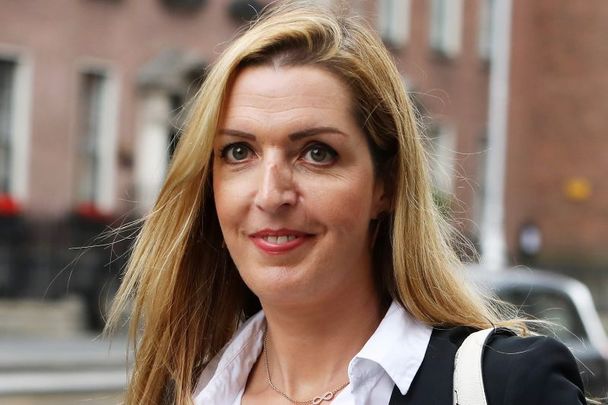 She is 43 and dying of cervical cancer. She should not be dying.

As her lawyer said in court last week she should be looking forward to 40 years of life, instead, she has only months to live bar a miracle.

In 2011 she went for a cervical smear when she felt unwell. In Ireland, there is a national cervical screening program called Cervical Check which she availed of. If cervical cancer is caught early enough it can be successfully treated.

The testing was done by Clinical Pathology Laboratories Inc, in Austin Texas.The test came back negative.

Vicky Phelan got on with her life, raising her two kids along with her husband Jim in a suburb of Limerick City called Annacotty.

But a throbbing pain in her back led her to the hospital again for a further test in 2014.

This time cervical cancer was diagnosed with the bad news that it had spread elsewhere and she needed immediate chemotherapy and radiation treatment.

They gave her 12 months to live.

If it had been caught in 2011 there would have been a 90 percent plus chance she would have survived.

Read More: New miracle cancer drug will be made in Ireland - creating 350 jobs

After the diagnosis, she had to face her mother and young daughter Amelia who were in the waiting room.

She told RTE’s  Ray D’Arcy that she went to the ladies room and bawled her eyes out. Then “I got myself together, I went back out… But my mother knew, mammies always know. She just looked at me and I could barely look at her, and I just shook my head.”

Listening to RTE and hearing that HSE were going to fight this case of Vicki Phelan last week I recall the tragic events of Brigid McCaull. Do people remember nothing or even learn to avoid mistakes #Hse #rte

Once they got home and her daughter was no longer present she told her mother the grim news. “I had to tell mom then, it was just awful. It was really awful,” she says.

What she did not know was that Cervical Check had gone back and retested her 2011 smear.

It was positive for early cervical cancer.

In an astonishing decision, Cervical Check and the HSE, the state health care system declined to let Phelan know what they had found out.

It was revealed that Dr. Gráinne Flannelly, the clinical director of Cervical Check, told Limerick gynecologist Dr. Kevin Hickey who had treated Vicky Phelan in a July 2017 email that several women should not be told about false negative tests discovered in an audit and that the doctor should “simply file” the audited test results in the patients’ medical files.

It was a desperate attempt to cover up the damning evidence,

A full-scale review of past cervical smears revealed 206 women were misdiagnosed as cancer free. Many are now dead.

The cover-up continued for three more years until Phelan, digging deep and determined not to be stopped by the medical establishment’s refusal to release records, finally got access to all her medical records.

She learned the truth that the HSE and Cervical Check had known for three years. The lab in Texas had misdiagnosed her and essentially signed her death warrant

She finally broke the medical wall of silence and sued the three entities.

Even then the bureaucrats tried to block her. As Journal.ie wrote “In addition to seeking detailed information about the state of her health, they also asked her to specifically prove that she was likely to die earlier than expected as a result of her mishandled smear test.”

The Irish government's so called apology to Vicki Phelan, the terminally ill woman at the centre of a cancer misdiagnosis, is worthless. She was left having to fight them through the courts in order to get some sort of justice. Shame on them. God bless Vicki & her family.

Vicky Phelan was undaunted and won a bitter-sweet victory, awarded close to $3 million which will take care of her family if she succumbs to the cancer. After the verdict, the Clinical Director of Cervical Care resigned.

Outside the court, Phelan said: “I am terminally-ill and there is no cure for my cancer. My settlement will be spent on mostly buying me time and on paying for clinical trials to keep me alive and to allow me to spend more time with my children,” she told reporters.

“If I die, and I truly hope that won’t be the case, the money will provide for my family,” she added.

She recounted how her young son recently threw a coin in the wishing well near their home.

What did you wish for?” she asked him, expecting to say a Munster rugby jersey.

“That my mom gets better,” he said.

"What we have seen here is the potential for a doctor to have information without there being an obligation to pass it on to a patient in a case where a false negative or positive in relation to a previous smear test is available," he said.

He added: "I think learning from this case...the Government will move forward on the recommendation of Health Minister Harris that in cases like this patients are entitled to information quickly."

The promise comes too late for Vicky Phelan.