The head director of CervicalCheck will step down from her role following revelation that over 200 women in Ireland were given false negative test results and not informed. 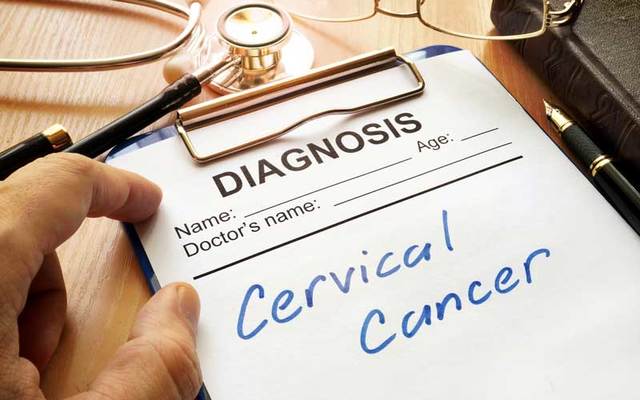 The head director of CervicalCheck will step down from her role after the revelation that over 200 women in Ireland were given false negative test results by the national cervical cancer screening program.

The Minister for Health Simon Harris has said he does not know how many women may have died due to the cervical smear controversy, but has said the State will pay for additional tests for any women who would like to be retested, RTE reports.

Read More: Hearing those dreaded words "You have cancer" and how I reacted

The screening program’s failings have been brought to light following the court case of Vicky Phelan, a mother of two from Co Limerick who was diagnosed with cervical cancer after being wrongly given a negative result in 2011, according to The Irish Times.

Phelan has been diagnosed with cervical cancer and told she has only months to live. A 2014 audit by CervicalCheck revealed the false negative in her 2011 smear test, but Phelan was not informed until September 2017.

Have heard from many women today who have had smear tests & would like a repeat test to reassure them. Am arranging for this facility to be available & the State will meet the cost of the repeat test. Arrangements on how this will operate will be outlined next week

The Irish Times reports that during the court case, it was revealed that Dr Gráinne Flannelly, the clinical director of Cervical Check, told Limerick gynecologist Dr Kevin Hickey in a July 2017 email that several women should not be told about false negative tests discovered in an audit and that the doctor should “simply file” the audited test results in the patients’ medical file.

On June 20, 2017, Dr Hickey wrote to Dr Flannelly referring to a list of patients with cervical cancer noting that in three highlighted cases the women should be told about the false smear test results after the 2014 audit.

“There were other ladies where the review process has altered the original smear report and it looks from your notes that you have felt that these should be filed in the patients’ notes and that no review is necessary,” Dr Hickey wrote to Dr Flannelly.

“I just wanted to confirm that you are happy with this whole process centrally from the Cervical Screening Unit given that it looks that some of the review smears were different from the original.”

On July 7, 2017, Dr Flannelly replied: “Yes – a balance needs to be struck in deciding who needs a formal communication of the outcome of the audit. The possibility of resultant harm is crucial.”

In cases where women have not had cancer or who have “local and fertility-sparing surgery”,  the doctor should “simply file” the audited test results in the patients’ medical files, Dr Flannelly instructed.

“The concept of delay is important,” she wrote.

“I based my judgment on the medical information available to me and using the same criteria I use in my own practice when dealing with these cases. Only three of the women merited a closeout meeting using these criteria,” said Dr Flannelly.

After Dr Hickey told her that he had informed all the affected women, Dr Flannelly wrote to him again on August 8, 2017 noting his decision, saying this “underscores the value of the local clinician reviewing the clinical context.”

“The advice I gave was based on the limited information available to me and was given as an honest assessment of what seemed to be the best way to proceed with these cases,” she said.

“It is right and fitting that your own clinical judgment should take precedence.”

The incredibly brave Vicky Phelan tells Ray about the moment she found out her cancer was terminal. #raydarcyshow pic.twitter.com/L6RkLdRLAw

Flannelly issued a statement over the weekend of her decision to step down from her position at CervicalCheck.

"I would like this evening to announce that I have taken a decision to stand aside from my role as Clinical Director of Cervical Check with immediate effect.

"I am sorry that recent events caused distress and worry to women. I have decided to step aside to allow the Programme to continue it’s important work."

She added: "I would like to take this opportunity to thank each and every one of the doctors, nurses and programme staff of Cervical Check for their continued hard work and commitment towards delivering a first-class service for the women of Ireland."

In return, the HSE thanked Flannelly for her "enormous dedication, contribution and expert knowledge" over 12 years, Newstalk.com reports.

Phelan settled a High Court action for €2.5 million earlier on Wednesday against a US laboratory over the false negative 2011 smear test.