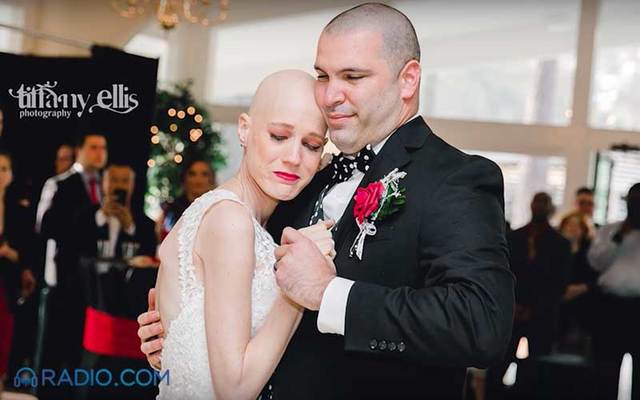 Irish American bride Laurin Long knew she was at risk for cancer; her mother had died of pancreatic, her father of colon. Like her sisters, Erin Long Bergeson and Kristen Long Connell, she vowed to be watchful.

Her worst fears were realized when doctors told her she was at stage two breast cancer--just before she met the love of her life Michael Bank.

Read More: Planning an Irish wedding? Here are the venues, vendors, and voices you need to know

Indeed, the 29-year-old South Carolina girl was undergoing chemotherapy when they met in 2015 and quickly became soulmates.

Just weeks until her wedding day, she decided to shave her head.

“I woke up with bald spots this morning — so shaved head it is,” she said in a nine-minute Facebook Live video.

Posted by Polka.dot.queen on Wednesday, February 21, 2018

Laurin had battled breast cancer before and, in fact, had been bald when she met Michael three years ago. Incredibly she posed bald and wore boxing gloves on the dating site she used, PlentyofFish.com.

Michael told the Washington Post her smile captured his attention-and her ballsy message.

“If you met me in person, you were going to see a bald girl, so I just wanted to be open and honest and say, ‘Hey, this is me,'” she said.

They talked for hours before they met.

After they began dating, Laurin had her breasts removed, and Michael stood guard at her bedside when she got out of surgery and made sure her home was spick and span.

“I come home from a double mastectomy, and he’s in my room — can’t wait to give me a hug, can’t wait to kiss me,” Laurin said. “He was a special guy.” 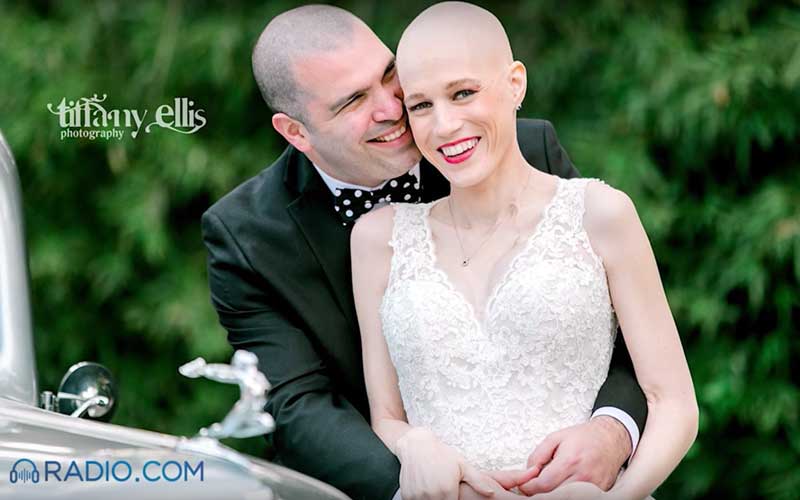 “Mike made it very clear when I got back from my surgery that I was his,” she said.

They traveled widely and became incredibly close. In June 2017, they went to Niagara Falls, and Mike shocked her with a proposal and a wedding ring.

“Can we keep this party going?” he asked.

“I said ‘yes’ and was kissing him like crazy,” Laurin said.

Laurin found out it had spread to her bones and her liver.

“I looked at Mike and said, ‘Do you still want to marry me?’ He said, ‘Yes, I asked you. We’re not changing anything,'” she said.

The doctors disagreed -- at stage 4 and metastic, time was running out.

“Mike and I felt like if we changed our wedding date, it would be a rush; we wouldn’t have it on our terms,” Laurin said.

“For Mike, it felt like we would be giving in to cancer,” she said.

“Not moving the wedding date gave Laurin something to look forward to and to keep pushing toward,” Michael said.

By December, it was in her bones.

She decided to join a clinical trial. But again, the couple refused to change their plans.

Laurin was accepted into a new clinical trial.

March 24th, the wedding day, finally arrived. The couple said everything was “perfect.”

“It was an emotional day for me,” Laurin said. “In the morning, I thought, ‘Heck, I made it to the wedding day. Holy cow, it’s here. I’m going to walk down the aisle and marry the man of my dreams and dance the night away.’”

The couple’s wedding photographer, Tiffany Ellis, said the love and support from family and friends was palpable.

“There wasn’t sadness,” she said. “I thought there would be more tears of sadness, but any tears were tears of joy.”

A few weeks later came more good news. The experimental drug appeared to be working, at least for now.

Finally the couple appear to have caught a break. Laurin and Michael deserve all the luck of the Irish in their new lives.