Findings reveal a previously unknown way by which the cancer-killing functions of Natural Killer cells can be disrupted. 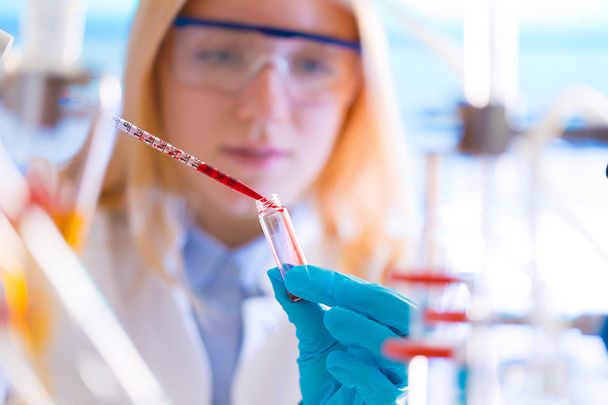 Trinity scientists part of what they believe is a cancer research breakthrough. iStock

Scientists have discovered how the engine that powers cancer-killing cells functions including a previously unknown metabolic switch, which is essential for initiating the anti-tumor actions of “Natural Killer” cells.

“Natural Killer” (NK) cells are immune cells that play an important role in our defense against cancer, as they can directly kill tumor cells.

Crucially, their research also highlights how that engine is fueled and that cholesterol-like molecules, called oxysterols, act as a “cut-off” switch making it hard for our NK cells to win the war against cancer.

Once activated, NK cells increase their uptake of cellular fuel, which is converted into energy by a biochemical engine. These engines and their fuel thus power the all-important tumor-killing machinery of the NK cells.

The new research shows that activated NK cells use a very different engine configuration to that observed in other immune cells and that the key factor that switches NK cells to this engine configuration is a protein called ‘Srebp.’ When the scientists used oxysterols to prevent this switch from occurring, the NK cells failed to kill tumor cells.

Speaking about the discovery Dr David Finlay “The function of Srebp - the key factor that controls the energy production in Natural Killer cells and thus fuels their activity -- is known to be blocked by cholesterol and cholesterol-like molecules, called oxysterols. Therefore, our findings reveal a previously unknown way by which the cancer-killing functions of Natural Killer cells can be disrupted.”

Simplified representation shows how the engine works in our NK cells.

As tumor cells can produce oxysterols and cholesterol levels tend to be higher in people with obesity, the scientists believe they may now have part of the explanation for why NK cells typically perform poorly in patients living with cancer and obesity.

Dr Finlay added “The next step is to investigate whether the functions of Natural Killer cells are indeed impaired in individuals with high cholesterol level, and whether cholesterol lowering interventions can restore NK cell function in these individuals.”