Trump might feel 20 years younger, but these Irish in New York are suffering the effects of coronavirus months after surviving. 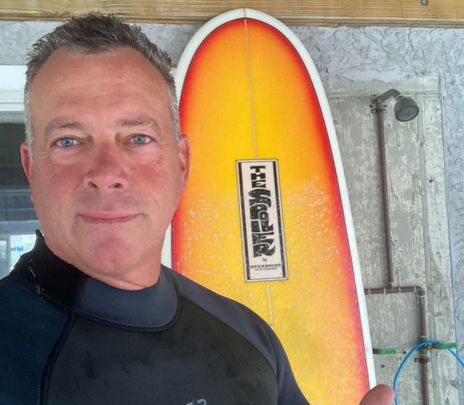 Terrence Mulligan: Five months on from being diagnosed with COVID he still feels the effects. Irish Voice / supplied

President Donald Trump says he feels 20 years younger after being treated for the coronavirus last week, but Irish New Yorkers who battled the disease early on say that’s hard to believe as they are still living with COVID’s aftermath.

Terence Mulligan felt a swelling in his chest for months after his March COVID diagnosis.

Maurice Brick still can’t make it through most days without dozing off in the middle of the afternoon, and his memory isn’t anything like it used to be.  He was diagnosed with coronavirus in April and spent an agonizing two weeks sweating out the disease at home, all alone.

So the sight of President Donald Trump, who had to be hospitalized because his COVID-19 was so active, checking himself out of Walter Reed Medical Center on Monday and de-masking himself at the White House was jarring to say the least.  Saying he’s “feeling great” just a few days after testing positive doesn’t square with the experiences of Mulligan, Maurice Brick or many of the millions who have suffered the after-effects of COVID for weeks or even months after diagnosis.

“He is in his arse fine.  There’s no way he could be feeling that good if he had COVID-19,” Brick, a native of Co. Kerry, told the Irish Voice.

“When I saw him back at the White House I asked myself if he was kidding us all along. I felt very, very bad when I found out he had the virus.  I wouldn’t wish it on anybody, especially the president.  But there’s no way he’s following the advice of his doctors, and no way that he’s feeling great right now.”

Brick, 78 and a widower, lives in New Rochelle, the Westchester town that was the first coronavirus hotspot in New York.  His doctor advised him to fight the virus at home because hospitals in April were on the verge of overflowing with sick patients. 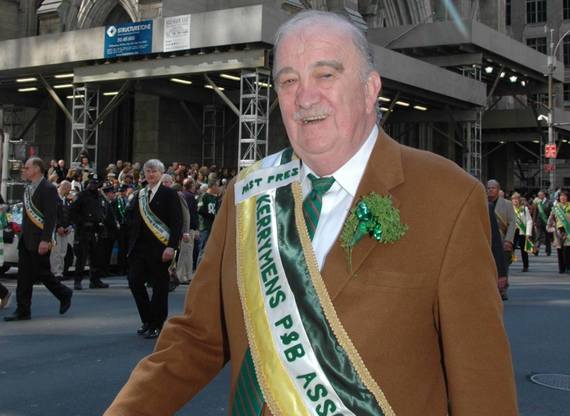 “So that’s what I did,” Brick recalls.  “And let me tell you, this virus takes the heart out of you.  I had a hard time sleeping, and I felt so weak I could barely prepare food for myself. I had no energy at all.

“One night,” he adds, “I felt so bad that I looked at a picture of my wife Mary Ellen and asked her to please take me to heaven too. It was that bad.”

After two weeks Brick gradually started to feel better, buoyed by the strength he drew from his daughter Eilis in Chicago and his many friends and neighbors in New York.  But the recovery process has been slow.

“You just don’t get rid of this thing and everything goes back to normal, like having a cold,” he says.

“I am far from being the person I was. COVID has changed my life.”

Brick’s energy levels decline as the day goes on, and there are days when he feels like doing nothing at all.  His memory has been impacted too.

“I can speak to someone this morning, and at 10 o’clock tonight I might not remember who I talked to,” he says.

“Don’t get me wrong. I beat the virus and I’m very grateful for that, but it leaves a calling card inside your body.  It will do the same to President Trump. He doesn’t understand that now, but unfortunately in time he will.”

Mulligan, 52, is the founder of the annual Craic Fest in New York, which also incorporates several other film and oyster fests.  He came down with COVID in March, right around St. Patrick’s Day, “a very dubious honor,” he jokes.

A flu turned into pneumonia and before he knew it, he tested positive for coronavirus.  Mulligan took the immediate step of checking into a local hotel near his Long Beach, Long Island home to quarantine away from his wife and son.

“I had a slight fever, but it was the breathing that got to me. The chest pains were bad.”
Near the end of his two week quarantine, his fever spiked and he got the sweats, just at the time when he was hoping to get better.

“I was thinking to myself, am I going to come out of this?” he wondered.

Thankfully he did survive, but the road back to normalcy was a long one.  Mulligan’s chest continued to stay tight and feel swollen.  The nearby Atlantic Ocean, he says, helped him to heal.

“I swam and surfed all the time this summer.  I made myself,” he says.  “I have to say, I wasn’t feeling 100 percent myself until after Labor Day.  The chest was uncomfortable. I knew it wasn’t right, and I’m thinking how crazy it was to still feel COVID after so many months.”

Mulligan hasn’t been impressed by the president’s handling of his own fight against COVID-19.

“You are the head of state. You have to send a message to people to buy into this.  If you can’t do it, if you can’t set an example, how do you expect everyone else to take this seriously,” Mulligan asked.

Perhaps, he adds, the president had a milder case of the virus than reported.  “Maybe there’s some fake news there, but let me tell you, if he had what I had with the chest pains, he’d be on the canvas right now.  There’s no way he could be back to normal so quickly.”

Mulligan proclaims himself fit and healthy again, and is back to concentrating on business. He’s in the process of revamping his website, www.thecraicfest.com, in anticipation of next March’s Craic Fest possibly needing to be virtual.

“We are ready for anything, and ready to go either way. We’re well into the planning of it,” says Mulligan.

“Hopefully,” he adds, “we’ll be well down the road in our fight against COVID at that point.”