Terence Mulligan on how the coronavirus interrupted his plans and his life as he fell ill from COVID-19. 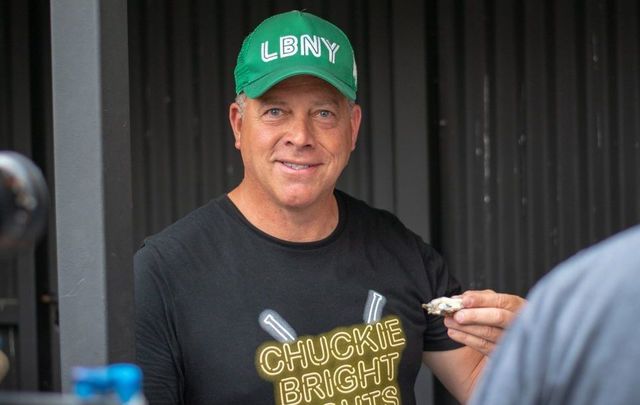 Terence Mulligan, Founder of New York’s Craic Fest, has brought the best of Irish culture to the masses for over two decades but coronavirus interrupted his plans and his life as he fell ill from the virus.

Terence Mulligan tells Cahir O'Doherty what it's like to fight COVID-19 and how he's moving his famous arts events online for the time being, because if Irish culture knows anything it's how to fight back.

Just a few days after wrapping up the 2020 Craic Fest film and music event in mid-March, Terence Mulligan, the annual event's founder, started to feel under the weather.

“We had scaled back on the seating and crowd size this year because we knew the coronavirus was a real threat, but even after taking all those precautions I'm fairly certain now that I caught the virus during one of those days,” he tells the Irish Voice. 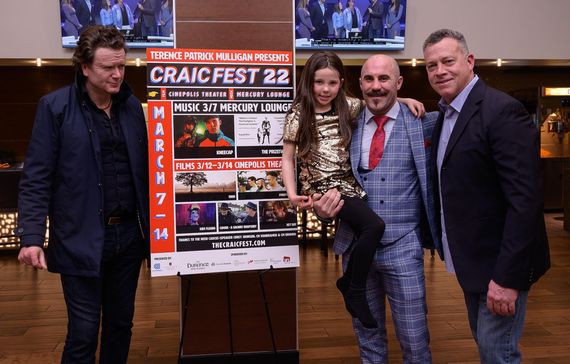 It's part of the cruelty of COVID-19 that what makes life enjoyable – human connection, big cultural gatherings – is also what puts you at risk. Mulligan progressed rapidly from flu symptoms to pneumonia to having real difficulty just breathing, a classic and unnerving marker of the coronavirus.

“For me the symptoms worsened fast.  Soon I had trouble with breathing and my chest felt tight. I had a slight fever too but not that much,” Mulligan says.

“Within days I was fighting to take a complete breath. I was just not breathing at a normal capacity. So it started as a flu, then pneumonia, then the virus hit hard.”

Although it starts off with flu-like symptoms and then similar symptoms to pneumonia, this virus is so much worse he says. For a start, it has a much more immediate impact, with serious chest pains and breathing made so much more difficult.

The smartest thing he did when he began to feel ill, Mulligan says, was to self-isolate in a local hotel to keep his condition away from his immediate family. 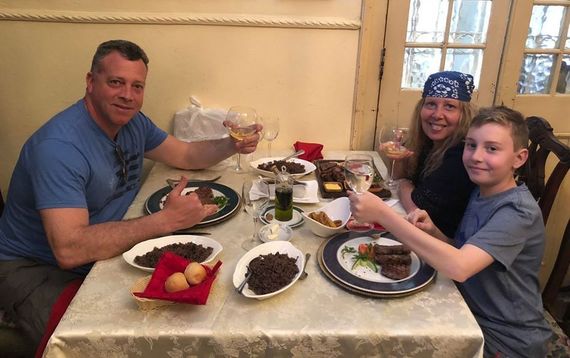 Terence Mulligan with his wife Flavia and son Brooklyn in Cuba last year.

“It turned out to be the best decision I've made in a long time because it actually worked out.”

Friends and family dropped by to deliver food outside his hotel and so he lived like a monk for like two weeks, he says. He knows he was lucky to have so much support too.

“I was getting food every couple of days and just basically living off soup, tea, and water, you know. There were even a few restaurants in town that took care of me,” he says.

“But soon you can't taste or smell anything so you don't have much of an appetite. I was basically surviving on soup and tea, the things that will sustain you that your body needs.”

The only way to fight this thing, he says, is to endure it.

“You just have to embrace the suck. I mean at times it was scary as hell. You can't catch your breath,” Mulligan says.

“I think if you've been used to some adversity in your life, it's easier. One thing I learned from Hurricane Sandy was that a fight like this is not a sprint, it's a marathon. So it was in my head that it was going to be two weeks.

“I didn't have a high fever so I knew that if I just lay low for 15 days and listen to what the doctors tell me to do, I think I'm going to come out of it. But you know, when you're going through it there's a lot of doubt.”

Determining that you're going to get through it in one piece is going to be a help, Mulligan feels.

“I think it's 90 percent mental. If you think you're going to come out of it, you will. I'm in good shape and I know that helped,” he adds.

“A lot of people who get into the danger zone, if their immune system is not as good or they might have other complications that put them in the danger zone, they may not come out of it, I realize.”

I ask him if his attitude toward the coronavirus changed as he was going through it?

“I have gone through it and come out the other end but there's also the long term. I can't live in fear of what's going to happen to me six months from now. I'm still doing breathing exercises each day and I'm still healing,” he says.

“My chest still feels tight even now. Hopefully a year from now they'll have done the research and blood plasma from people who have recovered will be able to create antibodies.”

It is still not known how long the coronavirus remains active in the system after recovery, or how long it remains infectious, or if a major relapse is possible. But Mulligan was lucky and able to access a test for the virus before he started the journey of combating it.

“I know a lot of people are having a hard time actually getting tests, but I'd heard they were doing them at the City MD offices in Brooklyn. They were very professional and they assessed it right away,” he says.

“They told me what I needed to do. My doctor got me in inhaler. It just helps when you have people who can actually step up and help you with inhalers and that kind of thing.”

A lot of people will want to know what the aftermath of COVID-19 feels like, I ask him.

“It's two parts,” says Mulligan. “It's mental and physical.  I'm in a good place right now, but the physical part is harder.

As Founder of the Craic Fest Mulligan works closely with Irish people in the hospitality industry and they must be really worried right now. What is he hearing?

“I was just talking to the singer Colin Smith. ‘Thanks so much for reaching out to me,’ he said.  ‘I can definitely use the work.’

“I think you've got to reach out to people. Cause like I said, nobody gets through this alone. And you know, so now the Irish take care of each other.”

Smith will headline the Craic Fest Taste of Ireland virtual concert series on April 25.  Funded by New York City Council Member Jimmy Van Bramer, the Cultural Immigrant Initiative and Council Speaker Corey Johnson, the Taste of Ireland event will stream live online every Saturday in April and May (for dates see the link below).  Upcoming acts will include Brendan O’Shea, Jenna Nichols, and Pat McGuire.

“These guys are still healthy so let's put them to work, you know?” laughs Mulligan.

Meanwhile, his message for people who are underestimating the virus is clear.

“Take this seriously from day one or you're going to learn a hard lesson. But we're going to get through this,” he says.

For more information on the Taste of Ireland concerts visit www.thecraicfest.com.