The Ladies AOH (LAOH) demands "justice and accountability for all survivors of the Irish Mother and Baby Homes here in America, in Ireland, and around the world." 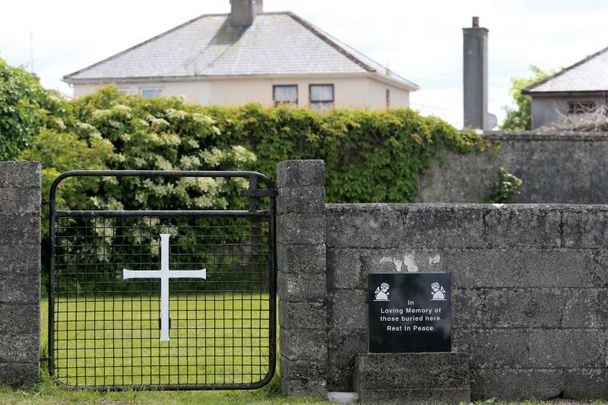 The grounds where the unmarked mass grave containing the remains of nearly 800 infants who died at the Bon Secours mother-and-baby home in Tuam Co Galway from 1925-1961 rests. RollingNews.ie

The Ladies Ancient Order of Hibernians (LAOH), the largest Irish Catholic women's organization in the world, has issued a statement on the Irish government's decision to dissolve the Commission of Investigation into Mother and Baby Homes.

In its statement issued on February 17, The Ladies Ancient Order of Hibernians, Inc. (LAOH) demands justice and accountability for all survivors of the Irish Mother and Baby Homes here in America, in Ireland, and around the world.

Karen Keane, President of the LAOH, said: "We have written to the Irish Government after the release of the Commission of  Investigation (Mother and Baby Homes and Certain Related Matters) Records Act 2020, demanding such justice and implore other survivors who may be reading this letter to join in the fight."

“Members of the LAOH are survivors, both as mothers and babies, and have reported that the Irish Government’s Tulsa and the FOI departments, who are supposed to be there to help survivors, have failed these women on all levels. We view being able to review timely and accurate information about birth certificates and health issues as a basic human right,” said Keane.

“Further, the assertions made in the reports that there was no evidence of maltreatment of mothers and babies is an insult to all who have gone before us and are still living as survivors.

"There are several ongoing scandals regarding thousands of illegal adoptions, but these matters have been willfully excluded from the current report.

"The Commission is planning on dissolving on February 28, 2021. This cannot be allowed to happen. The Commission has revealed that the transcripts and tapes collected in the course of the investigation have been destroyed. We view this as further evidence that the Commission’s report, while horrifying, is covering up important facts that may help survivors process the post-traumatic effects of their experiences in the mother and babies Homes,” Keane added.

“In addition, the Commission acknowledges the deaths of over 9,000 children, which accounts for about 15 percent of the children who passed through the home. However, our member  survivors believe the number of deaths is much higher.”

Taoiseach Micheál Martin delivered an apology in the Dail Eireann stating, ‘The final Mother and Baby Homes report describes a dark, shameful chapter of recent Irish history. The survivors showed great bravery in sharing their stories. The Government is now focused on a  comprehensive implementation of the recommendations in this report.’

“The LAOH finds these words empty, especially in the fact that the government admits a vast majority of children were sent to America, but we are unable to receive any information, until it is redacted completely,” said Keane.

“The LAOH demands that the Irish Government stop this rush to end the Commission and in contrast work to secure the rights of all survivors here in America, especially in their quest to receive information,” said Keane.