The Irish government is facing a heated backlash from within its own ranks following the publication last week of the controversial Mother and Baby Homes report. 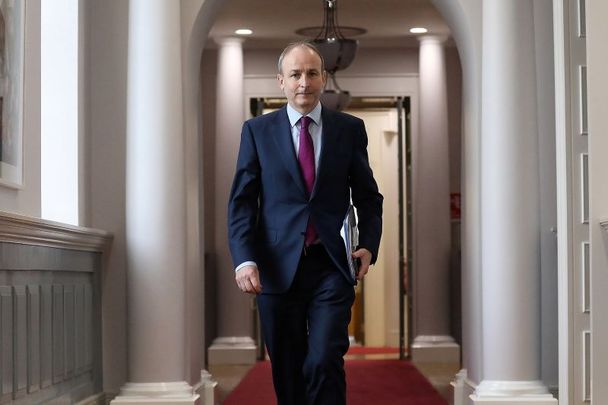 January 12, 2021: Taoiseach Micheal Martin with a copy of the Final Mother and Baby Home Report on his way to a live video link with survivors and stakeholders. RollingNews

Calls are growing for an independent review into the final report of the Commission of Investigation into Mother and Baby Homes for being "cold" and "callous" and for ignoring the voices of survivors.

Former social welfare minister Regina Doherty has urged the government not to accept the findings of the lengthy report until it has been independently reviewed.

The high-profile Seanad leader's criticism comes as Children's Minister Roderic O'Gorman appeared to contradict some of the findings of what was his own department's inquiry.

In what has sparked widespread incredulity and anger from survivors, the commission said it found little evidence to suggest that babies were taken from their mothers forcibly, and it went on to object to the term “forced adoption.”

However, O'Gorman, the politician who's directly in charge of the report, appeared to break ranks with its findings in a frank interview on Newstalk radio when he stated that women in the homes felt they had "absolutely no choice" but to accept an adoption.

The commission came under even more fire from Doherty when quizzed on RTE's Brendan O'Connor Show.

She said, "I don't think it's good enough to stand as our nation's response to our women and I think it should be reviewed.  This report does a huge disservice to treat them with language that's so callous and so cold and completely lacks in empathy.

"I think the mantra of ‘no evidence’ completely ignores the testimony of the women's lived experiences when we asked them to come forward and share their experiences.

Meanwhile, the government has been urged to prioritize legislation to allow adoptees, many of who were trafficked for new lives in the U.S., to access their birth records.

Separately, Catherine Corless, the historian who exposed the horrific Tuam Mother and Baby scandal, has called for new laws to be fast-tracked to allow the bodies of the 796 children buried there to be dug up as quickly as possible.

The dig at the infamous Co. Galway site is expected to cost upwards of $15 million, and the campaigning historian believes the Bon Secours nuns, the order who ran the notorious home, should foot the bill.

She added, "In fairness to them they did apologize for what happened last week.  Now they have a moral responsibility to ensure these children are buried properly and to pay for it.

"They are a very wealthy organization and have the funds to right a wrong."