Fury over destruction of Mother and Baby Home audio testimonies

Survivors of Ireland's Mother and Baby Homes are facing further heartache after audio recordings of former residents were destroyed, allegedly without their consent. 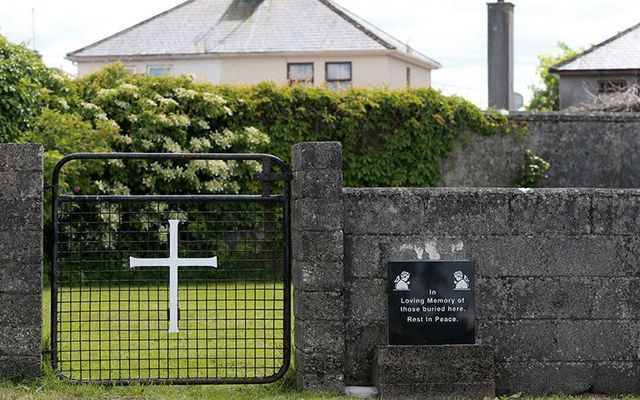 The site of the former Tuam Mother and Baby Home in Co Galway. RollingNews.ie

Witness testimony, recorded and used in the controversial 3,000-page Mother and Baby Homes report, was quickly erased without detailed transcripts being made.

The contentious report was strongly criticized on its release last month for being "cold" and "callous,” and for ignoring the voices of survivors.

Now the Mother and Baby Home Commission of Investigation has sparked further outrage after it was revealed that audio recordings of personal interviews with survivors were disposed of.

Susan Lohan, co-founder of the Adoption Rights Alliance said, "It adds fuel to a widely-held view that this report was at best a whitewash and at worst a cover-up. I would see this as a corruption of really important witness testimony."

As noted in The Irish Examiner, survivor groups described the decision to destroy the audio recordings as "thwarting of natural justice."

Their outrage was shared by Fianna Fail senator Erin McGreehan, who described the destruction of the audio as "truly phenomenal."

She said, "This report has not met any standards of decency or justice due to very obvious contradictions in the executive summary.

"As far as I believed, the women were to receive copies of their testimonies and now that opportunity is gone.

"One of the many problems with the report was that the women's testimonies were not accounted for properly and now we have no way of proving this."

It was also reported that McGreehan called for the authors of the taxpayer-funded report to explain why the records were destroyed.

Meanwhile, a spokesperson for the Commission has stated that those who gave evidence were orally asked permission to record and told that the recordings would be destroyed.

However, Simon McGarr, a solicitor who was contacted by two of the hundreds of women interviewed for the report said, "I was supplied with the paperwork by one of the witnesses who discovered that their recording had been destroyed and the paperwork does not say that it will be destroyed.

"She's emphatic. She turned up on the day she met the two people who were taking evidence and they said, 'Do you mind if we're recording, we record all the things? She said, 'I've no problem with that, but I want a copy of the recording for my own record.’

"She is adamant that they didn't then say that it would be destroyed because she says if they had said that, she would have got up and left."

McGarr added, "Was this destruction undertaken after it became clear that these records weren't going to be sealed for 30 years and that people could ask for them?"

The contentious report not only triggered outrage from survivors' groups on its publication last month, but it also sparked a heated backlash from within the ranks of the Irish government and led to calls for an independent review into its findings.