Attorney Jennifer Keller, who is proudly Irish, offers her first extensive remarks since her client Kevin Spacey's trial ended after a quick deliberation in New York. 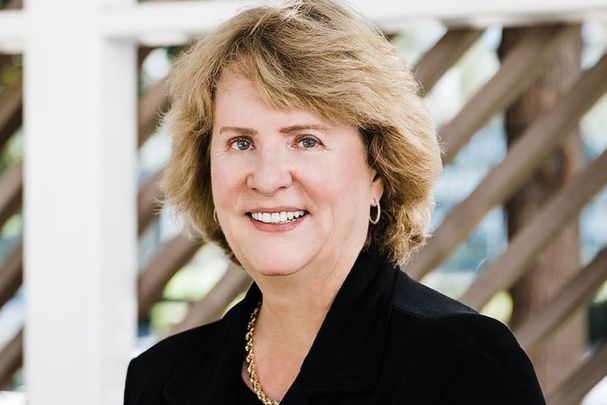 A New York jury dismissed a $40 million civil lawsuit alleging sexual abuse against actor Kevin Spacey last week. Leading Spacey’s defense was Jennifer Keller, one of the nation’s leading trial attorneys who is proudly Irish. She talks to the Irish Voice, sister publication to IrishCentral, about the case.

It took a New York jury about a half hour last Thursday to dismiss a civil lawsuit seeking $40 million for alleged sexual battery against the famed actor Kevin Spacey, and leading the two-time Oscar winner’s defense was an Irish American attorney and member of the Irish Legal 100 who is hoping to soon return to Ireland, now that one of the biggest trials of her career has ended with a win.

Jennifer Keller, whose women-owned law firm, Keller/Anderle, is based in Irvine, California, spoke to the Irish Voice on Monday about the three-week trial and her famous client, who was sued for $40 million by the actor Anthony Rapp, who alleged that Spacey tried to sexually abuse him in New York in 1986 when Spacey was 26 years old, and Rapp was 14.

“I always thought the case was ridiculous and I’m so sorry it touched off this cascade of MeToo-ers against Kevin. All the cases I’ve seen (against Spacey) have been similarly ridiculous,” said Keller, in her first extensive remarks since the trial ended on October 20 after a quick deliberation by the 11-member jury.

“The win feels great and justified. Rapp has been telling his Kevin Spacey story for years. I just felt he was a bitter, angry, jealous little man. His case against Kevin was his claim to fame. He got more attention from it than he had ever gotten from his acting career.”

Spacey was one of the world’s most in-demand actors before Rapp, in 2017, gave an interview to the website BuzzFeed alleging attempted sexual battery back in 1986. Rapp claimed that Spacey hosted a party in his apartment for Broadway friends – the 14-year-old Rapp was at the time acting in a show called Precious Sons – and at the end of the night, attempted to assault the teenager after carrying him to bed. 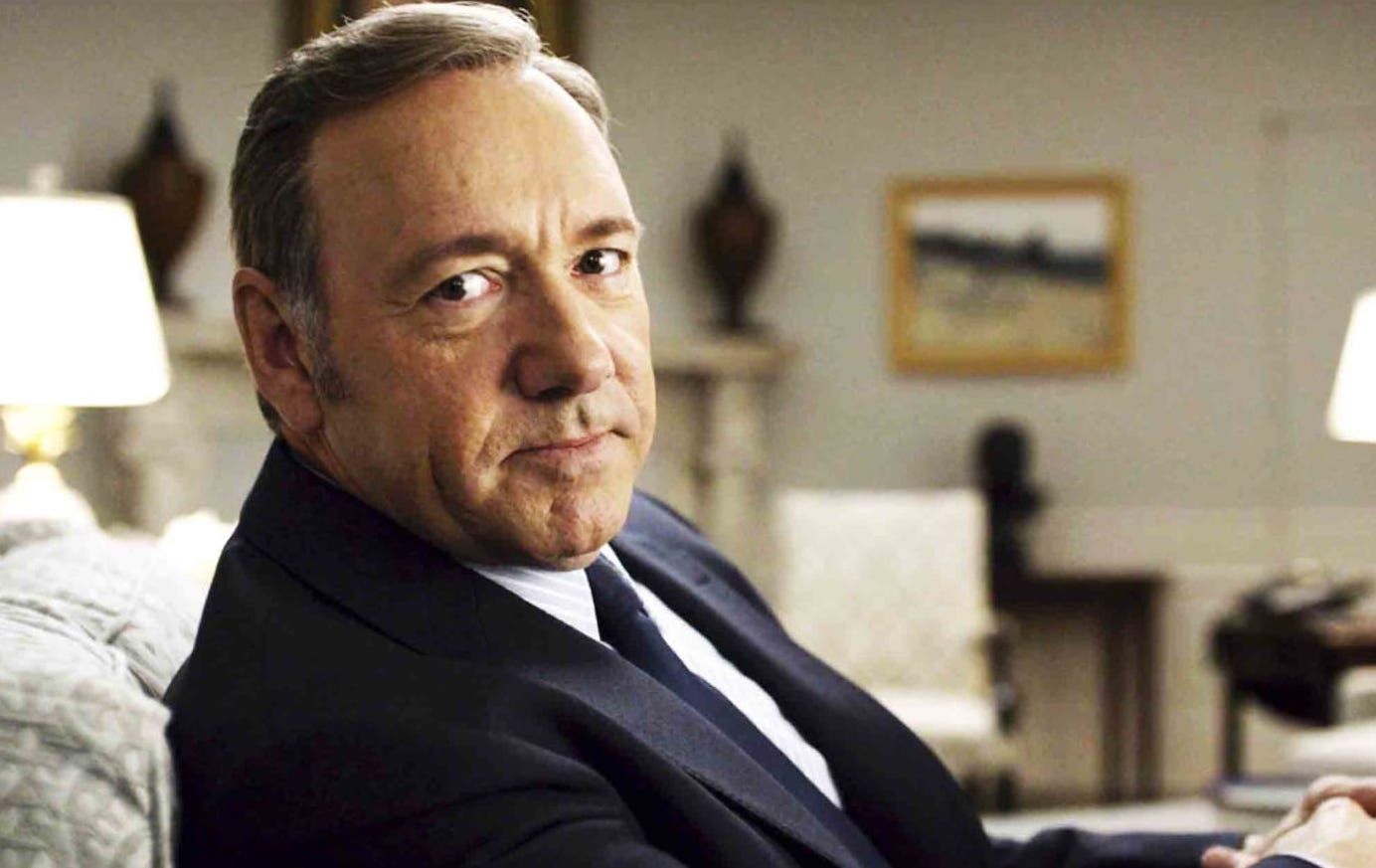 Kevin Spacey in the hit series "House of Cards".

Rapp’s interview prompted a number of other sexual abuse allegations against Spacey, now 63, including several based in London, where Spacey was the artistic director of the venerable Old Vic theater for 11 years, and one in Nantucket, Massachusetts, since withdrawn, where he was accused of groping a busboy at a restaurant in 2016.

Keller praised the jury for “seeing right through” Rapp’s allegation. She also noted that 10 of the 11 jurors were college graduates – “one of them spent his spare time tutoring Latin and Greek,” she added – and that their level of education helped them decipher fact from allegation.

Her more recent clients include Microsoft and Michael Ovitz, co-founder of the global talent agency CAA, but when Keller started her career some of her clients were victims of sexual assault. She says those early experiences helped convince her that Rapp’s abuse claim against Spacey was untrue.

“Rapp would be at a Tony Awards watch party, and Kevin would be a nominee, and Rapp would say to people, ‘Do you know what he did to me? He’s a fraud, he’s really gay,’” Keller said.

“Or he’d be at an Oscar party doing the same when Kevin was a nominee. But somebody who is actually traumatized by a sexual assault doesn’t turn it into a party story. They don’t want to draw attention back to themselves. It’s the last thing they want to talk about.”

Two weeks into the trial, Keller contracted Covid-19. She started a course of Paxlovid and felt better almost immediately. She missed two days in the courtroom and was able to deliver the closing argument in favor of her client after presenting two negative Covid tests to the judge, Lewis A. Kaplan of the Southern District of New York.

The jury was sent to deliberate on October 20 but quickly returned with a verdict – so fast, Keller says, that Spacey was briefly uncontactable, as he left the court with a friend to have lunch. Mobile phones were prohibited, so there was no way to get in touch.

Spacey, whose last prominent role prior to Rapp’s allegation was in the popular Netflix series "House of Cards", is “relieved” by last week’s verdict, Keller says.

“But he is also incredibly sad because (Rapp) is the person who destroyed his career. And the charges were completely false and ludicrous. Rapp wanted to destroy Kevin’s career, wanted to punish him for not being out.”

Spacey faces criminal charges in London next year for alleged sexual abuse. Keller will not be involved in his defense because she is not admitted to practice in the U.K., but she is sure of the outcome.

“This is all been emotionally exhausting for Kevin, but the truth wins out,” Keller says.

Though she won’t be in London, Ireland is a distinct possibility. Keller is intensely proud of her heritage, and made her first Irish visit in 2018 with her husband J. Michael Beecher – “who is 100 percent Irish,” Keller notes – and their son Jeremy Beecher, a litigator with a Los Angeles firm.

“It was an amazing trip. We were there for three weeks. We went to the North. We did the Wild Atlantic Way and visited some of the towns and little villages that our ancestors came from,” Keller said.

“When I was there I had this odd sensation. I was realizing that all the places that I love in America are just like Ireland. I remember saying to one of my friends, and it sounds hokey, but I said it’s almost like an ancestral memory when I’m in (Trinidad, California) because it looks and feels so much like Ireland.

“We learned quite a lot about The Troubles. I was a little shocked to see that things are still tense. The Troubles are not gone,” added Keller, whose maternal great-grandmother Mary Callahan Bresnahan was born in Millstreet, Co. Cork. Members of her family have conducted extensive research on their Irish roots, and visiting where the ancestors came from was a moving experience for Keller.

“Going to Millstreet was really something for me because I had grown up hearing the stories of my great-grandmother coming here at age 17, alone. She had virtually nothing, a slip of paper and an address like so many people. So to walk around where she came from, and to see the memorials to the republican fighters who had given their lives to create Ireland as an independent state was very emotional,” Keller says.