Irish comedian says everybody has a “Kevin Spacey story”

"I don’t know many actors from my era of drama school graduates who don’t have a Kevin Spacey story." 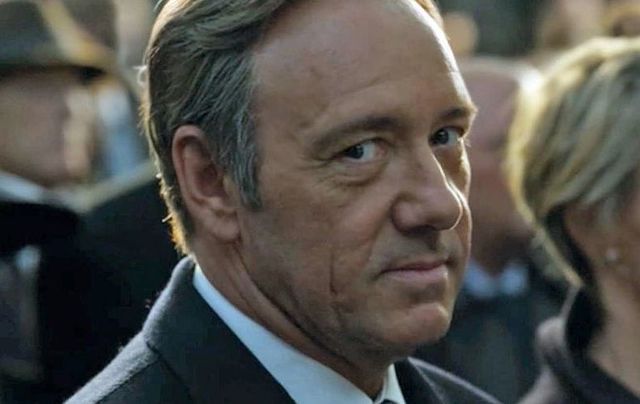 Kevin Spacey is no stranger to Ireland, and one Irish writer and comedian tweeted on Monday morning that the majority of performers she knows have a “Kevin Spacey story.”

Aisling Bea, 33, is a native of Co. Kildare and has 174,000 Twitter followers.  “I don’t know many actors from my era of drama school graduates who don’t have a Kevin Spacey story. The surprise is the lack of surprise,” she tweeted.  Bea is a grad of the London Academy of Music and Dramatic Art, so she was probably there when Spacey was head of the Old Vic in London.

I don’t know many actors from my era of drama school graduates who don’t have a Kevin Spacey story. The surprise is the lack of surprise. 🙄

One tweeter asked if Bea was recalling “a story like the Spacey story, or specifically Spacey?”  Her one word reply was “specifically.”

Spacey spent time in Ireland in 2000 when he filmed Ordinary Decent Criminal with a then unknown Colin Farrell.  The movie about Irish crime boss Martin Cahill went straight to DVD when it was finally released in the U.S.

He told the Irish Sun a few years back, “I just remember worshiping the atmosphere, the history and of course drinking in the company of the world’s finest drinkers.  Who wouldn’t have an absolute ball there? It’s mandatory.”

Farrell worked with Spacey on the 2011 hit Horrible Bosses.  And Spacey won his first Oscar in The Usual Suspects back in 1995.  That one, a critical darling, also starred Gabriel Byrne.  Spacey returned to Ireland in 2011 for a special screening of Suspects at the Jameson Dublin International Film Festival.

“I love Ireland, so any chance I get to work there again I’ll grab it with both hands,” Spacey also told the Sun.

Hmmmm…it might be a while before anyone is lining up to have Spacey in a project given the allegations that he attempted to sexually abuse a teenage actor back in the 1980s in New York.