James 'Jim' McGrath, a junior at Fairfield Prep in Connecticut, is being remembered as a loving son, brother, and friend in the wake of his shocking murder. 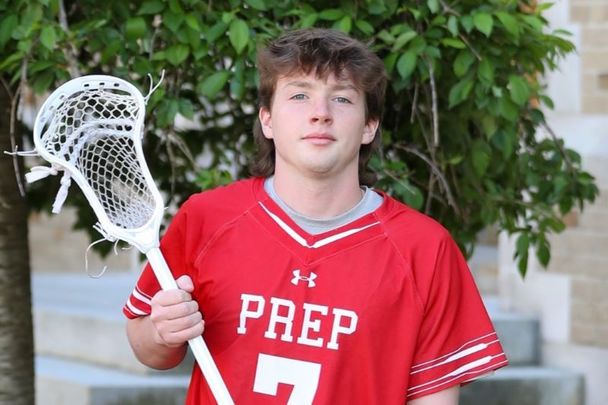 James 'Jim' McGrath, 17, is being remembered fondly in Connecticut after he was stabbed to death, allegedly by another teen, on Saturday night.

Shelton Police said in a statement on Wednesday that they arrested a 16-year-old juvenile from Milford, Connecticut in relation to the Saturday night stabbing murder of 17-year-old James McGrath of Shelton, Connecticut.

The juvenile was charged with Murder 53a-54a and three counts of Assault 1st Degree 53a-59. The teen was held on a $2,000,000 bond and was scheduled to appear in court later in the day on Wednesday.

The Shelton Detective Bureau is still actively investigating this case and anyone with information is encouraged to call the Shelton Police Department at 203-924-1544.

The police noted that the charges are “merely accusations, and the defendant is presumed innocent unless and until proven guilty.”

On Sunday, Shelton Police said that at approximately 11:55 pm the night before, they responded to a residence in Shelton upon a report of a fight and a stabbing.

Police said they arrived on the scene and came across numerous teenagers outside of a residence. Four stabbing victims were located, given medical attention, and sent to the hospital. One of the stabbing victims, a 17-year-old male, was later pronounced deceased.

Fairfield Prep, where McGrath was a junior and a talented sportsman, said on Monday that more than 1,000 people had gathered for a prayer service for McGrath on Sunday, which was followed by a schoolwide service on Monday.

"Jimmy was a beloved student and athlete on the football and lacrosse teams, and will forever be a member of the Prep Brotherhood," the school said in a statement.

In an obituary shared by Abriola Parkview Funeral Home, McGrath is remembered as "the sunshine" of his parents Margaret and Kevin's lives, as well as his sister Rose's "best friend and confidant."

The teen “was always a positive, loving, and caring person," the obituary states. "Many described Jim as a wonderfully happy person with a big heart who was a loving friend to many.”

McGrath “loved his school” and “excelled as an athlete in every sport he chose,” including football and lacrosse at Fairfield Prep. “He understood the meaning of being part of a team. His loyalty and support of his team members were known to all and his teammates and coaches treasured his dedication and willingness to work hard so that the team could be the very best it could possibly be. It was never just about Jimmy - it was always about the team.”

McGrath “was blessed with a large, loving family," as well as "so many friends who deeply cared about him." He is remembered as "a good friend who had the gift of always seeing the best in everyone and spreading happiness wherever he went. He will be so missed and his memory will be treasured by all.”

A walk-through visitation is scheduled for Thursday, May 19 at the Egan Chapel of Saint Ignatius of Loyola at Fairfield University in Connecticut. A funeral mass and burial will be held on Friday, May 20 at St. Theresa Church in Trumbull, Connecticut. Interment will be private.

McGrath’s family has requested that in lieu of flowers, memorial donations may be made to Fairfield College Preparatory School.

A GoFundMe launched by friends and family of the McGraths has raised more than $115k as of Wednesday evening, far surpassing its original goal of $15k.