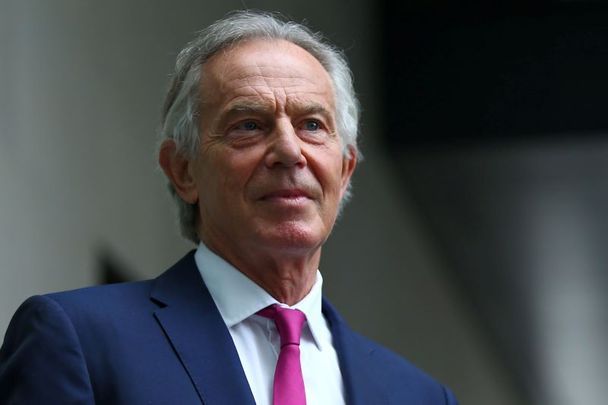 There have been but two consequential British prime ministers in modern times -- Margaret Thatcher and Tony Blair. The rest have been a grab bag of nonentities in various guises.

Yet it is Blair who has come under ferocious attack in recent weeks after the Queen granted him a knighthood. Opponents of his support for President George W. Bush’s war in Iraq have hustled together over a million signatures asking the Queen to cancel the honor.

Yet even a cursory look at Blair’s overall record after a decade in power from 1997 to 2007 shows those years were transformative in Britain and in Ireland too.

The British people seemed to agree. Two of Blair’s victories were landslides and his final one was a comfortable win.

Compared to those who came before and after him, he was a politician apart. The Labour Party he led finally managed to break out of the far left stranglehold of previous party leaders whose policies were more in tune with Soviet-era Russia than modern democracy.

In any context, Blair compares well with others who held the office. He showed his ability to connect during the aftermath of the death of Princess Diana in 1997 as the Buckingham Palace lot stumbled and fumbled. He called Diana the “People’s Princess” and set the tone for a grieving nation.

Blair’s political instincts were far ahead of his contemporaries. Take former Prime Minister David Cameron, for instance, who ordered up a vote on Brexit without even checking with his supporters how they really felt about leaving Europe.

Cameron’s anti-Brexit majority disappeared on polling night, leaving Britain in a state of open warfare ever since. He resigned in disgrace.

Cameron’s successor, Theresa May, was both for and against Brexit given the time of day or the weather and proved a hopeless leader. Now Boris Johnson, a clown and buffoon whose tired act is finally grating on the British electorate, has never met a can he doesn’t kick down the road, or a lie he cannot embellish, including numerous ones on his commitment to the Northern Ireland Brexit Protocol.

Prior to them, Gordon Brown found he could never step up from his deputy position. Dour and unsmiling, he lacked Blair’s instinctive political appeal.

John Major followed Thatcher and was a  decent man but hamstrung by a tiny House of Commons majority.

So Blair and Thatcher stand alone, whatever you think of them.

We should think very highly of Blair on the issue of Northern Ireland.

In addition to bringing in a national U.K. minimum wage and reforming the National Health Service, his work on Northern Ireland was actually his crowning achievement.

There were fears when Blair first came to power that he was a soft, yuppie type who would dabble but not deliver. Instead, he found himself an excellent negotiating partner in Irish Taoiseach Bertie Ahern and proved a key player.

The Good Friday Agreement was reached in April 1998 after nearly two years of talks and 30 years of conflict. Negotiations led by Blair and Ahern on the final day went on 18 hours after the deadline for an agreement passed. 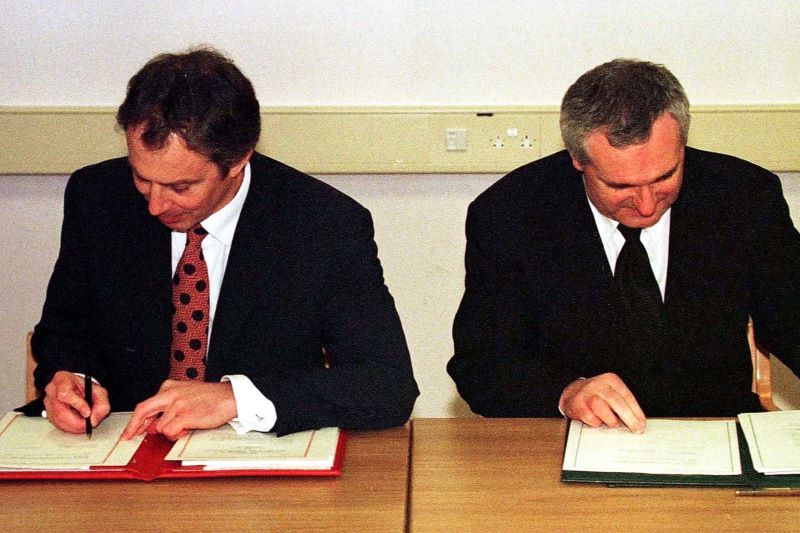 After it was signed, the BBC pronounced “...the agreement is a triumph for British Prime Minister Tony Blair and the Republic of Ireland's leader, Bertie Ahern, who have succeeded where all their predecessors failed.”

Speaking at a news conference after the deal was announced Blair said, "Today I hope that the burden of history can at long last start to be lifted from our shoulders.”

It is easy to understand in retrospect the anger over Iraq and Blair’s fealty to Bush and his mad adventures. But taken in the round, Blair was an excellent prime minister, the best on Ireland since William Gladstone at the end of the 19th century. Denying him a knighthood is pure stupidity.

*This editorial first appeared in the January 12 edition of the weekly Irish Voice newspaper, sister publication to IrishCentral.