The former British Prime Minister negotiated the agreement, but now thinks it will need to change. 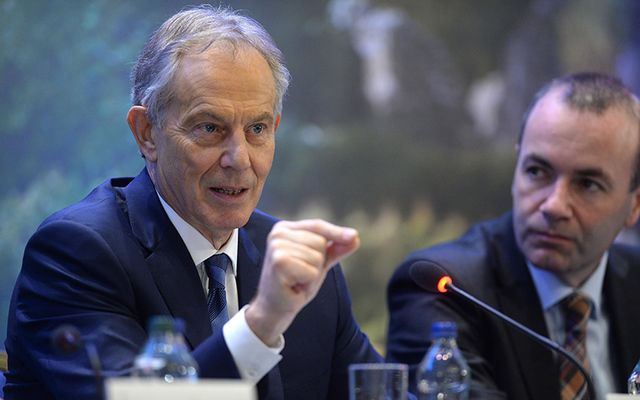 The former British Prime Minister Tony Blair has warned the Good Friday Agreement could need to be amended after Britain leaves the European Union in two years time.

Blair stated, “As one of the architects of the Good Friday Agreement which brought into being the peace process in Northern Ireland, I’m extremely anxious to ensure that Brexit does not impair that agreement.”

Speaking at a forum of the center-right European People’s Party in Co Wicklow the ex-premier told the audience the agreement was, “formulated on the assumption that both countries were part of the EU.

“This was not only for economic but also for political reasons, to take account, particularly of nationalist aspirations. Some of the language will, therefore, require amendment because of Brexit.”

However he did add that with goodwill amendment should be able to take place with, “the minimum of difficulty.”

He also added that it was, “vital to maintain the Common Travel Area” that allows British and Irish citizens to work and travel in each other’s countries without restriction.

Blair has been highly critical of Britain’s decision to quit the EU and has called for the British Government to consider abandoning the divorce if the public changes its mind - a suggestion that led to howls of fury from certain sections of the eurosceptic press.

Here's what Tony Blair means when he says bits of the Good Friday Agreement will have to be changed pic.twitter.com/YAM7IYajpA

And although he admits to not seeing eye to eye with his successor as Prime Minister, Theresa May, he concedes that he can find little fault her concern for Northern Ireland.

“Whatever disagreements I have with the British Government more generally over Brexit,” he said. “There is a real consensus across the British political system that we must do everything we possibly can to keep the present situation between the Republic of Ireland and Northern Ireland as similar to what we have at the moment as we possibly can, and do all we can to minimize any potential disruption.”

Read more: Finally the threat of Brexit to Ireland emerges

Blair’s visit to Ireland coincides with that of the European Commissioner’s chief negotiator, Michel Barnier.

The former French Foreign Minister told the Oireachtas, “Today, in front of the two Houses, I want to reassure the Irish people, in this negotiation Ireland’s interest will be the union’s interest.”

He added, “The UK’s departure from the EU will have consequences. We have a duty to speak the truth... But, as I have said many times, nothing in these negotiations should put peace at risk.”

Britain kicked off the two-year process of leaving the 28 member state bloc on March 19 this year, after which its 46-year membership will lapse.