Theresa May can’t get new vote on Brexit deal

British Prime Minister Theresa May’s crisis-struck plan to leave the European Union has been again flummoxed by an ancient rule. 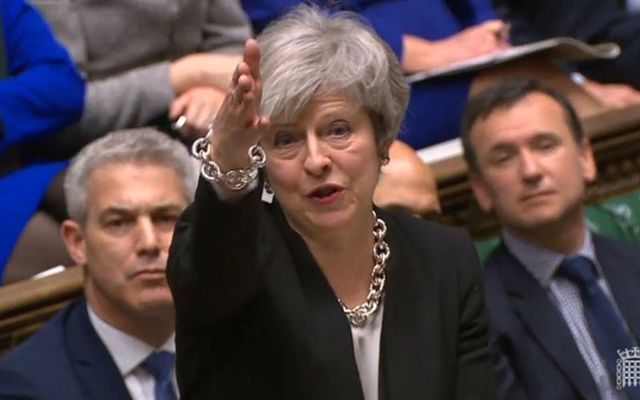 British Prime Minister Theresa May’s crisis-struck plan to leave the European Union has been again flummoxed by an ancient rule.

Her government was told it couldn’t put her EU divorce deal before Parliament again because of a 415-year-old blockade.

Speaker John Bercow said at Westminster on Monday that precedents stretching back to 1604 mean May’s government cannot bring forward proposals for a vote that were substantially the same as had already been defeated twice before, in January and last week.

Bercow, who infuriated May’s government with his decision, was described by a Daily Telegraph writer as an attention-seeker who “wallowed like a hippo in a Jacuzzi.”

Parliamentary rules say that substantially similar proposals cannot be presented for a vote more than once during the same session of Parliament.

With just nine days remaining to the scheduled Brexit deadline – and with May due to meet Euro-leaders on Thursday  -- the crisis prompted mainly by difficulties over the Irish border, Britain’s only land frontier with the EU, has become even more acute.

Although May’s divorce plan was defeated by 230 votes on January 15 and by 149 votes last week, Parliament also opted not to crash out of the EU without a deal. However, some observers believe Bercow’s ruling makes a no deal exit more likely.

With May desperately scrambling for new options, she is expected to seek an extension to the exit deadline when she meets EU leaders.

But they can only agree if all 27 member countries are in unison, and there are already indications from some leaders that they don’t agree that Britain is entitled to further leeway because of its own serious domestic political crisis.

It’s a crisis that continues to worsen, following Bercow’s citation of the 1604 rule banning a new vote on unchanged Brexit plans.

Bercow said, “It is simply meant to indicate the test which the government must meet in order for me to rule that a third meaningful vote can legitimately be held in this parliamentary session.”

Robert Buckland, the U.K.’s solicitor general, said the ruling would have “huge reverberations” for the Brexit process.

The solicitor general told BBC News, “We are in a major constitutional crisis here.”

Meanwhile, May’s attempts to convince the Democratic Unionist Party’s (DUP) 10 members of Parliament, who prop up her minority government, to vote for the withdrawal deal she agreed with the EU last November, continue.

Political commentators believe May appears unlikely to reach an agreement this week with the DUP.