This St. Patrick’s Day, there is only one major priority for the Irish American community, and that is to ensure that no permanent border is erected between Ireland north and south. 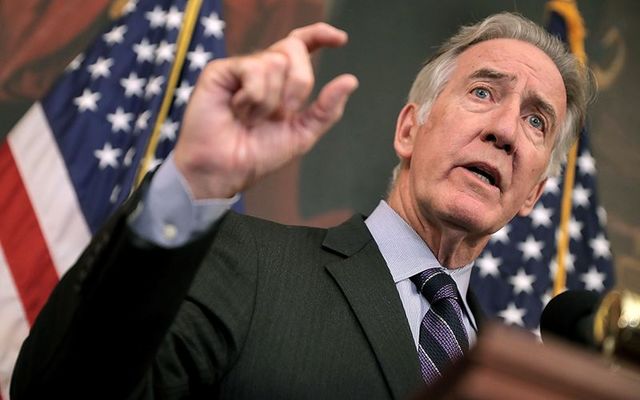 This St. Patrick’s Day, there is only one major priority for the Irish American community, and that is to ensure that no permanent border is erected between Ireland north and south.

We are lucky indeed to have a key figure such as Congressman Richie Neal, head of the House Ways and Means Committee, as our leading advocate against such an outcome.

Neal has already made it clear that a Brexit that includes a border in Ireland is unacceptable to him and the U.S. Congress, and that his committee, which has oversight over all international treaties, will look very unfavorably on such an outcome.

That is to be welcomed. But Irish America needs to do more.

It needs to send a crystal clear message that a hard border means the end of the Good Friday Agreement.

The agreement is predicated on one critical fact: that both sides to the pact agree that there are no winners or losers, and the aspirations of both sides are understood and explained.

The effect of an Irish border removes one of the most important gains of the nationalist community since Ireland was partitioned in 1921.

The seamless merging of the two states with the abolition of the border is an incredibly important psychological aspect and played a key role in the acceptance of the Good Friday Agreement by Nationalists.

The border as it stands in Northern Ireland.

The sad part about all this is that the British continue to claim there is some other solution, other than the backstop that guarantees no border, yet they have failed to come up with one.

Read more: Second referendum on Brexit will be supported by the Labour Party, leader says

One would have thought by now that an alternative to the backstop would be in the process of being heavily promoted by the British government and the Brexit crowd.

Their failure to do so, offering only pie in the sky technological solutions, is a clear signal that a hard border still remains the most likely outcome.

Ironically, a hard border is a road to a united Ireland, as it would inevitably trigger a poll on whether or not Irish unity should be realized.

Middle-class Catholics have learned a very tough lesson: despite years of relative calm and highlights such as the Queen visiting the Irish Republic, and the Irish president receiving a state visit in Britain, the old British attitude to the Irish still prevails.

A protest mural along the Northern Ireland border.

There is a stunning ignorance about the Brexiteers and their insistence on removing the backstop. They are acting as if Northern Ireland is merely an afterthought, which indeed it is as it was never part of the original debate before the Brexit referendum.

Instead of treating the North as the most important aspect of the entire withdrawal from Europe, they are throwing insults at the Irish that will be long remembered, especially if there is a border poll.

Brexit remains the single most dangerous experiment undertaken in British politics. It’s a stark reminder that English nationalism still has huge clout despite years of closer relationships with the Irish Republic.

The duty of Irish America this St. Patrick’s Day is clear. The role of Senator George Mitchell was the critical factor in the Good Friday Agreement becoming reality.

If the British are unable to solve their problem with Brexit, that is no one’s fault but their own. They need to be told that a hard Brexit likely means a united Ireland.  There will be no other alternative for Northern nationalists.