Second referendum on Brexit will be supported by the Labour Party, leader says

Leader Jeremy Corbyn will tell his party Monday evening that it will back a call for a second referendum on Brexit. 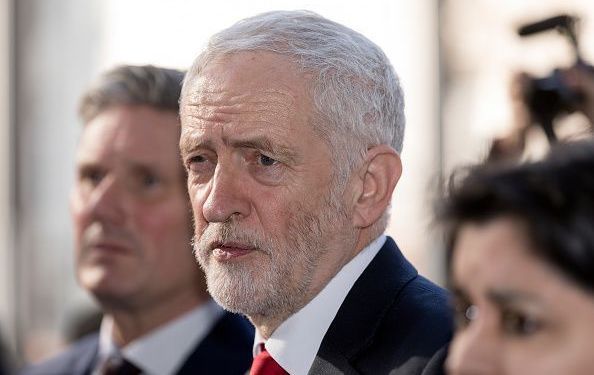 Labour will back an amendment for a second Brexit referendum to avoid “a damaging Tory Brexit being forced on the country,” Corbyn announces

Jeremy Corbyn, leader of the British Labour Party, is set to tell his party on Monday evening that they will back a move for a second referendum on the United Kingdom’s relationship with the European Union in the coming weeks.

“One way or another, we will do everything in our power to prevent no deal and oppose a damaging Tory Brexit based on Theresa May’s overwhelmingly rejected deal,” he said.

This is in the PLP brief that has just gone out to all Labour MPs, makes it pretty clear that remain would be on the ballot for any second referendum pic.twitter.com/y8dj1h39nw

“That’s why, in line with our conference policy, we are committed to also putting forward or supporting an amendment in favor of a public vote to prevent a damaging Tory Brexit being forced on the country.”

Corbyn will also tell his Members of Parliament (MPs) that Labour will table their own amendment outlining five demands to British Prime Minister Theresa May which will act as conditions to the opposition party backing her Brexit deal. These demands are believed to include the UK permanently remaining in the customs union.

It is not thought that Labour will put forward its own effort at a second referendum at the vote scheduled in the British parliament for this Wednesday, instead concentrating on their own Brexit deal demands and the Labour version of the Brexit deal.

If the demand amendment is defeated this week, Labour will likely back a second referendum amendment at the next opportunity. This is thought to take place by March 12.

Do you believe a second referendum should be held? Let us know in the comments.

'Tis the season! Festive and fun things to do in Ireland this winter
How much is the Kennedy family worth?
When Marilyn Monroe called Jackie to speak about her affair with John F Kennedy
County Kerry town named among Europe's most beautiful
WATCH: Fascinating footage of an Irish community gathering peat 100 years ago
Practice mindfulness with these ancient Irish proverbs
Take a look inside this luxury Irish country mansion located on the grounds of Mount Juliet Estate, Co Kilkenny
Wexford fossil discovery is "one of the most exceptional and striking" in the last century
Trinity College Dublin confronting its slave-owner and stolen skull legacies