Irish politician bets on a United Ireland within 5 years

An Irish politician has shared his Paddy Power bet on a United Ireland within five years. 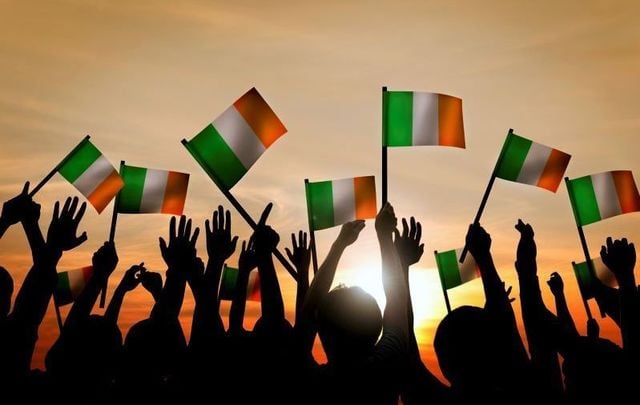 One Irish politician had lodged a bet with Paddy Power saying that Ireland will be united within five years.

Read More: Will a United Ireland fix Brexit? It’s just not that simple

Senator Daly noted that he placed his bet the same week of the 100th anniversary of the first meeting of the Dail Eireann (Irish Parliament) in Ireland.

“On this the 100th anniversary of the 1st meeting of Dáil Éireann the parliament of the whole island Paddy Power gave me odds of 20/1 on a United Ireland by 2024,” Senator Daly wrote on Facebook.

On February 2, the Irish senator shared that the odds had been "slashed" by Paddy Power to 15/2:

‪Since 21st January when I placed the bet, Paddy Power has slashed the odds on Irish Unification to pass before 1st Jan 2024.‬ ‪2 weeks ago the odds were 20/1, but today they are 15/2‬ ‪ ‬

Senator Daly has been conducting research in conjunction with UNESCO regarding the possibility of a reunification referendum, particularly in the wake of Brexit.

On Twitter, the senator pointed to separate poll from Lucid Talk, a UK-based market research firm, that found a majority of people in Northern Ireland believe Brexit is making a united Ireland more likely:

60% of people in Northern Ireland believe that Brexit makes it more likely that Northern Ireland will vote to become part of a United Ireland in the next 10 Years @rtenews @VirginMediaNews @IrishTimes @IrishCentral @Independent_ie @irishexaminer @IrishEcho pic.twitter.com/2VdnKEn3Gk

On February 16, the Irish senator shared to Facebook that in his research, 55 percent of those surveyed said there would be a referendum on Irish reunification within 10 years.

A strong majority believe that the Republic of Ireland should establish an All-Ireland citizens assembly:

70% of people in the Republic believe the government should establish an All-Island citizens assembly according to my latest tracking poll #think32 pic.twitter.com/lHnKqABPNP

Additionally, the research showed that a majority of people surveyed believe the government should be working with Unionists to address their fears & concerns about a United Ireland:

66% of people in the Republic believe the government should be working with Unionist to address their fears & concerns about a United Ireland #think32 pic.twitter.com/vbn7WA1Unc

In the reporting, one professor stated: “In anticipation of a future referendum on unification and a new Ireland, regardless of when this emerges, program and policymakers need to establish a basis for cross-society interaction, integrated schooling, and integrated existences (housing, work, and other settings).”

“It is only through this sort of interaction, communication, and experience sharing that all sides realize common, general needs as well as the fact that they have nothing to fear from the ‘other’ side.”

Do you think a referendum regarding Irish reunification is imminent? Let us know in the comments