A Brexit crash looks all the more likely

With time running out for the extended Brexit date of Friday, April 12, Britain seems set to crash out of the European Union in a disorderly fashion without any deal for future political and trade links. 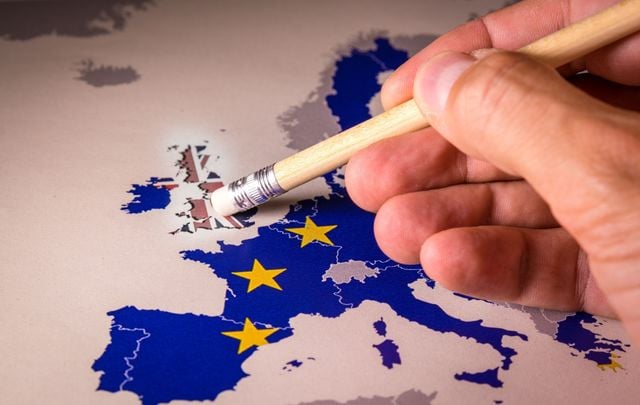 Is the UK to crash out of the EU? Getty

As the prospect of a united Ireland grows across the political divide, Britain once again rejected alternatives to Prime Minister Theresa May’s Brexit deal.

With time running out for the extended Brexit date of Friday, April 12, Britain seems set to crash out of the European Union in a disorderly fashion without any deal for future political and trade links.

Northern Ireland’s Democratic Unionist Party (DUP) rejected all exit options this week because its ten MPs who support May’s Tory government still oppose her Irish backstop designed to ensure there will be no hard border after Brexit.

DUP deputy leader Nigel Dodds said it was not too late for May to seek changes to the backstop.

“There is still an opportunity for the prime minister and the government to prosecute the issue which has bedeviled her withdrawal agreement throughout, the backstop. And that issue still needs to be addressed and if it is addressed then we can be in business,” he said.

As things currently stand in the chaos that is Brexit, Britain is on course to crash out of the EU without any deal to guarantee continuity on the border.

That means elaborate and extensive checks on goods and animals crossing the border will be necessary, EU chief Brexit negotiator Michel Barnier reiterated on Tuesday.

“We’re working with Irish government to know where we can apply these checks,” he said.

Tánaiste Simon Coveney said the country needs to prepare for the “worst possible outcome on Brexit.”

Coveney said the British political system is “unpredictable and semi-chaotic at the moment,” making a no-deal Brexit “a “real possibility” although he still believed that could be avoided.

He said there are many businesses in Ireland that are not as prepared as they should be.

Companies should be registering with Revenue Commissioners to make sure they understand what is required in terms of customs checks and, potentially, the imposition of tariffs.

As May struggled to contain rising tensions within her Cabinet and sought to ignore a group of semi-naked environment campaigners in the public gallery at Westminster on Monday, opinion on both sides of the Irish Sea discussed the prospect of a united Ireland.

The latest contribution came from senior British Minister David Gauke, who is justice secretary when he made a strong warning about the prospect of a united Ireland in a no-deal Brexit.

Gauke spoke on the BBC Andrew Marr program just two days after former Irish President Mary McAleese said that the debate on Irish unity is “on the horizon” as a result of Brexit.

McAleese, now a professor of children, law and religion at the University of Glasgow, told a Dublin City University conference that the public has to learn from the “Brexit debacle.”

She said she was one of the people who believed “that the truest and best potential of this entire island and all its people will only be realized when Northern Ireland and Ireland merge, and emerge as a modern, European democracy, inclusive of all, respectful of all.”