To solve the Brexit crisis, time to put special status for Northern Ireland back on the table

Brexit is indeed a stranded whale, beached on the shores of Northern Ireland, and the tide is rapidly going out. 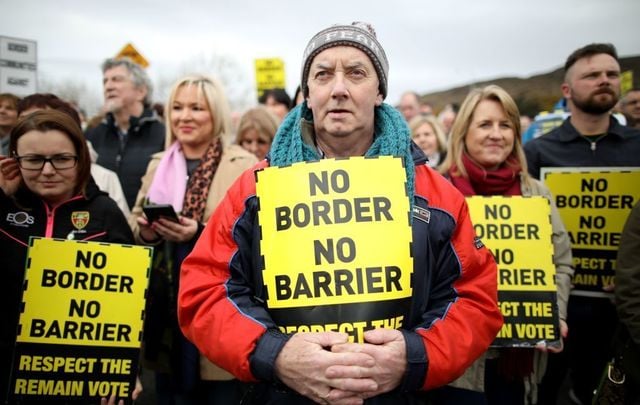 What was supposed to “D-Day” for Brexit has come and gone with nothing to show for it.

However, failure after two years to make any progress on Brexit is less like Normandy and more like the infamous Allied landing at Anzio of which Winston Churchill remarked: “I had hoped that we were hurling a wildcat onto the shore, but all we got was a stranded whale.”

Brexit is indeed a stranded whale, beached on the shores of Northern Ireland, and the tide is rapidly going out.

The problem is “The Irish Backstop” of keeping the United Kingdom aligned to the European Union until a viable option is found to a hard border in Northern Ireland; a border which would undermine two decades of Good Friday Agreement peace.

While the Tories have paid great lip service to technology as a means to avoid a Brexit border in Ireland, they know that it is the stuff of pixie dust and they will be condemned to  “backstop” limbo indefinitely.

In insisting on the backstop, the E.U. has called the Brexiteers bluff on having a solution to the Irish border; now the  Brexiteers are stuck with the mortgage on their country’s future in the pot and no cards in their hand.

The result has been Prime Minister May submitting the same Brexit plan three times only to be defeated three times; the classic illustration of insanity as doing the same thing over and over again in expectation of different results.

What has been forgotten amidst this Benny-Hill farce is that the current backstop proposal was not the initial solution to the Brexit induced Irish border crisis.

You can follow all the news on Brexit on our special topic page here. 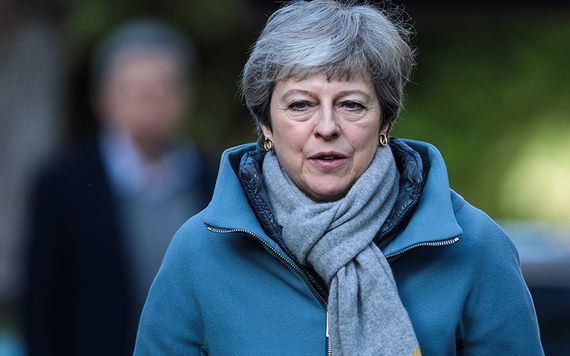 Unfortunately, Prime Minister May allowed the Democratic Unionist Party (DUP), whose ten seats keep she and her Tory party in power, to veto special status. It should come as no surprise to anyone, except apparently May, that the DUP, the only major Northern Ireland party to reject the Good Friday Agreement, do not see preserving Good Friday as essential.

In a terminal case of colonial cringe, the DUP will not countenance Northern Ireland being different from “the rest of the Union” even if the difference preserves two decades of peace and respects the democratic will of the community of Northern Ireland.  The DUP would rather live in a union of Brexit misery rather than risk showing that Northern Ireland can succeed independent of Britain.

The hypocrisy of the DUP  rejecting special status is rife.  From its inception, Northern Ireland has been a special status area where there have been exceptions to policy and laws accepted in the rest of “the Union.”

None of these divergences from “the Union” has caused the Ravens to leave the Tower of London nor the apes Gibraltar.  Special status won’t either.#

Pragmatically, the never-ending Brexit “Groundhog Day” of presenting legislation and proposals that have already been rejected over and over again is doing far more harm to May’s  Union than special status for Northern Ireland ever could.

Her DUP allies congenital inability to compromise has collapsed the devolved Stormont government and is now crippling Westminster.  If anything is a historical inevitability it is there will be a United Ireland within a generation due to shifting demographics; a hard Brexit will only accelerate the process at the risk of fragile peace and incalculable economic disruption.

Recent polls show that 67 percent of Northern Ireland voters are dissatisfied with how the DUP has represented them in Westminster; does May believe that the DUP is willing to risk collapsing the government and a general election?

It is unlikely that Northern Ireland Unionists will ever again enjoy the position of parliamentary power they now enjoy. “No Surrender” Unionism in Northern Ireland is facing its Götterdämmerung, and if May and her Tories are not careful, they will be immolated with them on a Brexit funeral pyre.

By tying herself to the DUP’s canard of “preserving the Union” and rejecting special status, May has created only division and turned her Parliament into a daily chimp’s tea party.  The DUP threat to collapse the government is of little consequence when the steady stream of defectors from her own party may bring it about first.

If May is to salvage Brexit and any remaining legacy, it is time for the Prime Minister to “Close her eyes, think of England” and put special status for Northern Ireland back on the table.

What do you think? Let us know in the comments section below.

You can follow all the news on Brexit on our special topic page here.