Rare, signed copy of The Good Friday Agreement to be auctioned 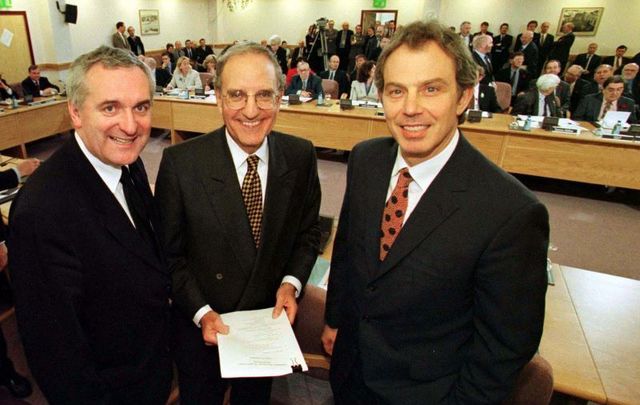 A rare copy of the Good Friday Agreement, signed and dated by a number of Irish politicians involved in the historic accord, is set to go to auction via Sean Eacrett Antiques, based in Co Laois, on September 19.

The document, an official copy of the final agreement that paved the way for peace in Northern Ireland, features signatures from George Mitchell, Harri Holkeri, Paul Murphy, and John de Chastelain. 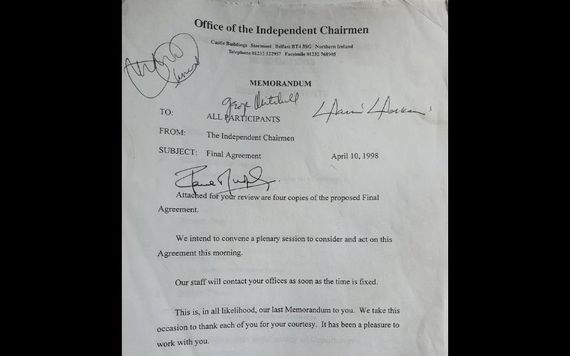 The memorandum that will be auctioned on September 19. (Sean Eacrett Antiques) 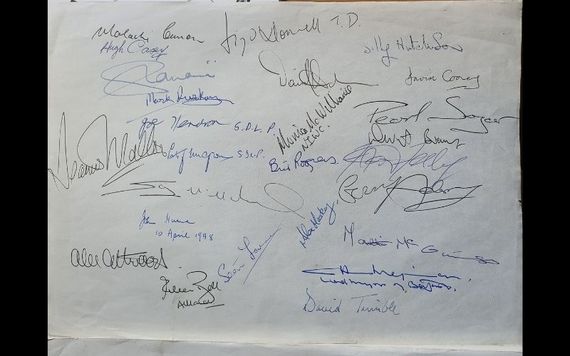 Some of the signatures on the Good Friday Agreement that is set to be auctioned. (Sean Eacrett Antiques)

He adds: "It is remarkable and a testimony to the history of the events of the night when those present worked through to dawn to get the breakthrough, and then signed each other’s documents for the sake of posterity."

You can read the entire Good Friday Agreement here.

Elsewhere in the upcoming Sean Eacrett Antiques auction is the signed Joint Declaration by An Taoiseach, Mr. Albert Reynolds T.D. and The British Prime Minister The Rt. Hon. John Major M.P. from December 1993.

The Joint Declaration, a precursor to The Good Friday Agreement, set out for Northern Ireland principles for a charter for peace and reconciliation, including the principle of consent and self-determination.

You can read the entire Joint Declaration here. 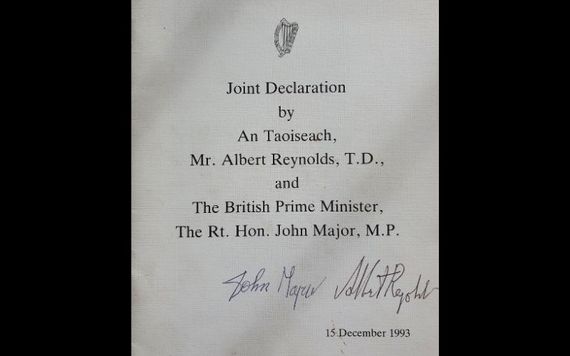 The signed joint declaration will go to auction on September 19. (Sean Eacrett Antiques)

You can view the entire auction presented by Sean Eacrett Antiques scheduled for September 19 here.