Bertie Ahern says a United Ireland is 'possible' this decade

Former Irish Taoiseach (Prime Minister) says that a United Ireland is possible in the next ten years and that a border poll is inevitable in this decade. Ahern also said that the vote would fail if it happened today. 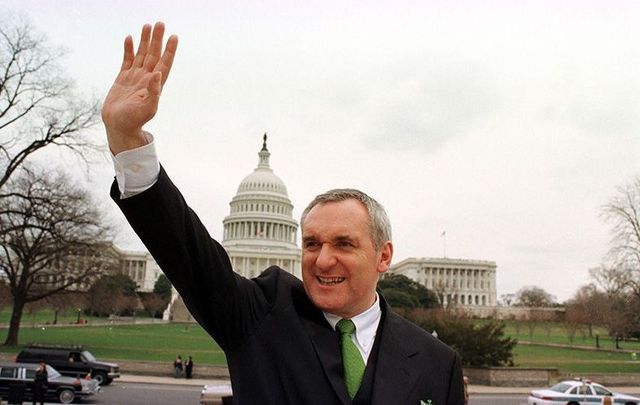 Former Irish Prime Minister Bertie Ahern says that he believes a United Ireland could happen within the next 10 years.

Former Irish Taoiseach (Prime Minister) Bertie Ahern said that he thinks it is inevitable that a border poll will happen this decade but added that the vote would fail if it was to take place today.

Ahern, who fronted Fianna Fáil for 14 years, said that the issue of a United Ireland is roughly "50/50" in Northern Ireland.

"The issue is growing all the time. Brexit has brought it center stage for the last number of years," he told, LBC, a British digital radio station.

Ahern said that a number of things had to happen before a vote on Irish unity took place.

He said that the power-sharing government of Northern Ireland, which was restored in January after three years out of government, had to run successfully for several years before any vote.

"The institutions of Northern Ireland have to run for a sustainable period of time to show that they can work across parties and religious divides."

Ahern also said that rigorous preparatory work had to be done as well. He said that studies had to be conducted as to what a United Ireland would look like. For example, how would the respective police forces in either state be combined.

He said that any vote on the subject would fail until a huge body of work was carried out to show unionists that they had a place or "comfort zone" within a United Ireland.

He played a significant role in the landmark Good Friday Agreement in 1998 and in the subsequent St. Andrew's Agreement of 2007 which saw the DUP agree to enter power-sharing with Sinn Féin and Sinn Féin also accept the Police Service Northern Ireland as the state's legitimate police service.

Sinn Féin, meanwhile, has said that they will seek a border poll by 2025 if they are in government.