Brexit and Ireland's recent General Election are helping to push the cause of Irish unity even further, argues The Economist. 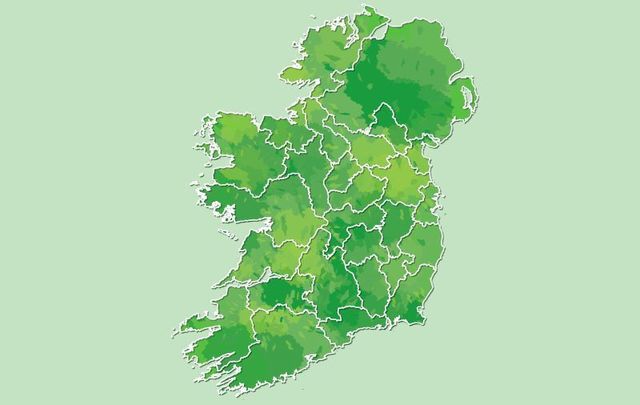 The Economist says a number of changes are making a United Ireland more likely. Getty Images

In its cover story this week, The Economist says a United Ireland is becoming far more likely and it is “time to start thinking about what it might mean."

A united Ireland is a real and growing possibility. If the people of the north and the republic choose that path, politicians must follow it. Our cover this week https://t.co/JGqPMmbPb3 pic.twitter.com/EhKuFHdEMa

The influential magazine, headquartered in London, says that the recent Irish election result, the anger over Brexit both North and South, and quickly changing demographics in Northern Ireland leading to a nationalist majority has suddenly brought the Irish Unity question to center stage.

"Until today, however, unification has never been more than a Republican fantasy," says the editorial published on February 13.

Citing Sinn Féin's manifesto  - “Our core political objective is to achieve Irish Unity and the referendum on Unity which is the means to secure this" - The Economist says Sinn Féin's success in Ireland's recent general election "is just the latest reason to think that a united Ireland within a decade or so is a real—and growing—possibility."

Of course, the Irish election results come after discussions about Irish unity galvanized during Brexit. "The north voted against [Brexit], but the biggest unionist party and England voted for. Nationalists were not the only ones to be angered by the current home secretary, who suggested using the threat of food shortages to soften up the south in the negotiations, heedless of the famine in the 1840s when all of Ireland was under British rule."

A change in demographics in Northern Ireland can also be attributed to the growing conversation that surrounds Irish unification. "Northern Ireland’s census in 2021 is likely to confirm that Catholics outnumber Protestants for the first time. The republic has also become more welcoming. The influence of the Catholic church has faded dramatically and society has become more liberal. Over the past three decades, restrictions on contraception have been lifted and gay marriage has been legalized. All this explains why support for unification in Northern Ireland appears to have risen in recent years. In some polls, respondents show roughly equal support for it and the status quo."

The impact of Irish unification, The Economist says, would go far beyond the physical island. "The Irish diaspora includes more than 20m Americans. Parties to ethnic conflicts across the world have long found common cause with Northern Ireland’s Roman Catholics, who contend that the separation from the south is an illegitimate vestige of 500 years of incompetent and often callous domination from London. Ireland, source of pubs, poets, playwrights and too many Eurovision songs for anyone’s good, has soft power to rival a country many times its size.”

The editorial concludes: "The island of Ireland needs a plan. The priority should be to work out how to make unionists feel that they have a place in a new Ireland. Work is needed on the nuts and bolts of unification—including how to, and indeed whether to, merge two health systems (one of which is free), the armed forces and police services, and what to do about the north’s devolved assembly.

"Politicians from Britain and Ireland need to start talking, too. The price of ending violence two decades ago was for Northern Ireland, the republic and Britain to jointly set out a political route to a united Ireland.

"If the people of the north and the republic choose that path, the politicians must follow it."