Mitchell played a leading role in creating the framework for ending the Irish Troubles with the Good Friday Agreement in 1998. 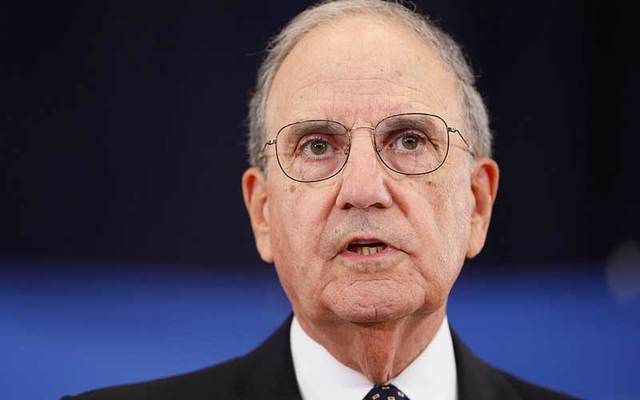 Former Irish peace envoy and ex-US senator George Mitchell, of Maine, has started treatment for cancer of the bone marrow at a Boston hospital named the Dana-Farber Cancer Institute.

He began the treatment for leukemia on Friday, a day after his 87th birthday.

Mitchell is a hero to millions of Irish and Irish Americans after he played a leading role in creating the framework for ending the Irish Troubles with the finely crafted Good Friday Agreement in April 1998.

Mitchell had a stellar career, first as a judge and later as Senate Majority Leader. He allegedly turned down a seat on the US Supreme Court.

Sent to Ireland as Bill Clinton’s emissary, Mitchell chaired difficult peace talks in masterful fashion and he received the Medal of Freedom from Barack Obama as a result. He also later, tried to serve as peacemaker in the Middle East and chaired a major investigation into drug use in baseball.

More recently he has strongly denied allegations that he was somehow involved with financier Jeffrey Epstein and that he ever met women supplied by Epstein.

The Good Friday agreement created a return to parliamentary politics and an assurance to all sides their concerns would be met. It was approved by voters on both parts of the island of Ireland and Mitchell became a hero figure to many.

The Portland Press Herald reported that it obtained an email outlining the diagnosis and treatment from Meg Baxter the president and CEO of the Senator George J. Mitchell Scholarship Research Institute.

The Portland Press reported: “Mitchell told her of his diagnosis Wednesday night. He told her that he has leukemia, a cancer of the bone marrow, would receive treatment and, with the help of doctors and his supportive family, hoped to achieve remission.”

Mitchell had a previous cancer scare when he was diagnosed with what was termed “small, low-grade and localized” prostate cancer in 2007.

More recently he has been a consultant and is former chairman of the global law firm DLA Piper.