Seamus Mallon, the former deputy First Minister of Northern Ireland, passed away last week. He leaves behind an important legacy. 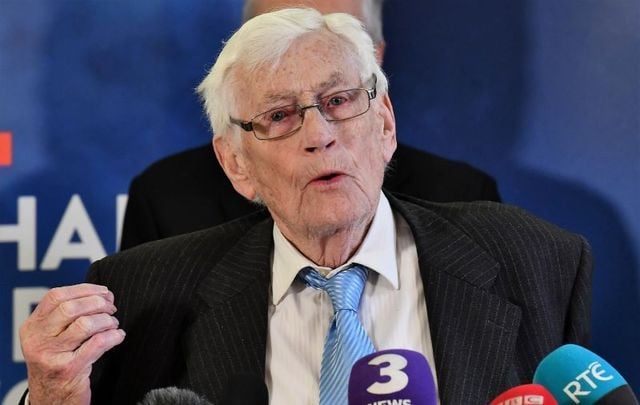 Seamus Mallon, former deputy First Minister of Northern Ireland, at an event to mark the 20th anniversary of the Good Friday Agreement at Queen's University in Belfast on April 10, 2018 Getty Images

Seamus Mallon, who died at the age of 83 last week, was a fearless and visionary politician who devoted his life to peace in Northern Ireland and saw it delivered before he passed away.

As deputy first minister in the first post-Good Friday Agreement government in 1998, he created a working relationship with First Minister David Trimble, no easy task but a very necessary one as the fragile peace process inched forward.

Together the two men made history, and it was encouraging to note that one of his final visitors before he passed was Trimble, the unionist leader who crossed the sectarian divide and made peace. 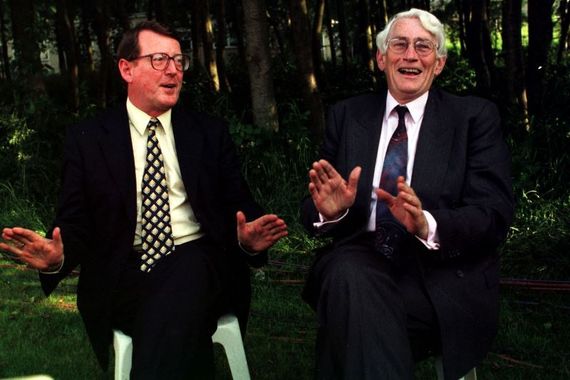 Mallon learned his sharp political instincts early. He lived in Markethill in Armagh, a predominantly Protestant town famous for its Lambeg drum beating contest every year, designed to cow Catholics.

Mallon was not one to be cowed. A successful Gaelic footballer, playwright, and schoolteacher, his community standing meant he was soon destined for politics.

It was the civil rights era and he joined the nationalist SDLP, where he later became deputy leader in the party led by future Nobel peace prize winner John Hume.

He and Hume had a difficult relationship. Hume was many great things, but never a good party leader. He was a lone wolf who made numerous visits to America where he became the voice and conscience of the search for peace and won over luminaries such as Senator Ted Kennedy to peaceful nationalism. 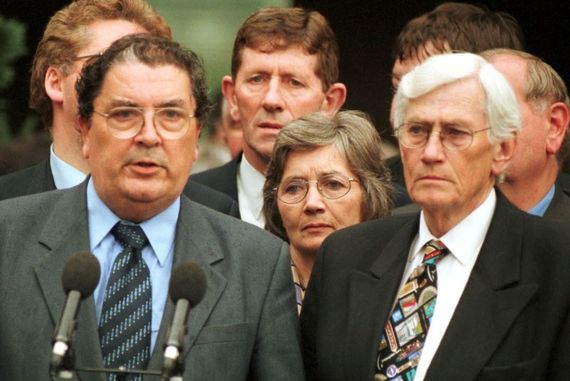 Unlike Sinn Féin in later years which practiced a collective style of leadership, Hume was undeniably the SDLP leader and Mallon was practically unknown in the U.S. as a result.

More's the pity, as in-person Mallon was a charmer, quick with a joke and a putdown but deadly serious when he had to be.

That said, nothing stopped his fierce determination to see his community freed from violence.

He was an equal opportunity denier of violence as a way forward. He excoriated the IRA, the loyalist paramilitaries and all those fomenting violence.

Mallon was known to attend the funeral of violence victims from both sides and always eschewed personal security detail.  He was not always made welcome to those funerals, but he persisted in drawing his own line in the sand that killings must stop.

He was ferocious in his attacks on the "shoot to kill" tactics carried out by British Army forces in Armagh and was instrumental in ending the vicious policy.

He showed extraordinary bravery at times, his booming voice calling out wrongdoing whether it be from one side or the other.

The private man was witty, kind and engaging, never without a cigarette poking out of his mouth, a hearty laugh followed by a story or two from his early political days or from the racetrack, another venue where he was often to be seen.

But when it came to making peace, Seamus Mallon was deadly serious and never found wanting.  His autobiography A Shared Home Place was published just last year. It is the story of the life of a good man who tried to always do the right thing.

Mallon will be sorely missed.