The former president's two-day trip cost more than half a million dollars after short stay at his Clare golf resort and a brief meeting with Irish leaders. 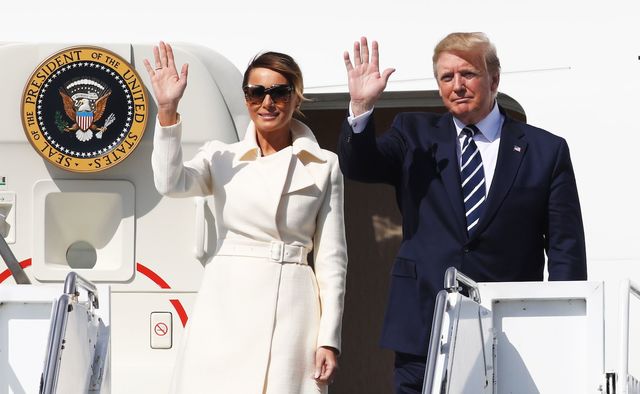 Melania and Donald Trump arriving to Ireland in June 2019. RollingNews

The United States Secret Service was handed a six-figure bill for Donald Trump's two-day visit to his luxurious golf resort in the west of Ireland nearly two years ago.

Protection for the then-president, Donald Trump, during his stay at the exclusive golfing destination in Doonbeg, Co. Clare, cost more than $524,000, according to documents released to RTE News.

The details, released by the Secret Service under a Freedom of Information request, reveal that most of the money, over $327,000 to be exact, was spent on renting vehicles during Trump's June 2019 visit.

Hotel accommodation cost a further $136,000, with around $10,500 of that being splashed out at the billionaire former president's Co. Clare resort.

Further analysis of the findings reveals that close to $18,000 was spent by the Secret Service on the renting of golf carts, while a further $10,700 was used for the rental of tents, with refrigerator rental costing another $1,845.

A couple of other eye-catching expenses include a $2,800 bill for glass from a Co. Clare window company, while a forklift was hired for $400 from a Limerick plant hire company.

Staff overtime and allowances accounted for $19,400 of the costs, while cell phone rental and usage added a further $2,500. 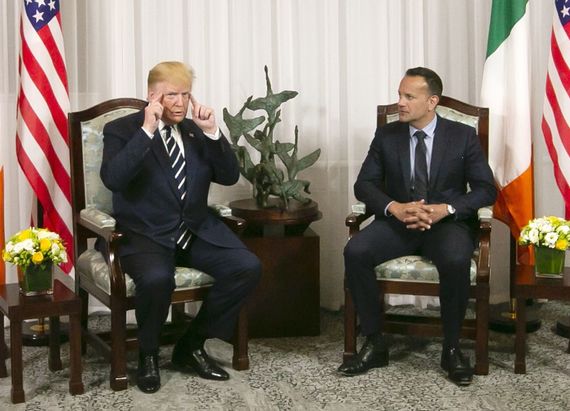 Trump's brief visit to Ireland in 2019 included a meeting with then Taoiseach Leo Varadkar and two nights at the Trump Doonbeg resort.

Although the bill was paid for by U.S. taxpayers' money, Irish taxpayers faced a colossal $22 million for the combined costs of providing police protection that year for the visit of Trump and an earlier visit by former vice president Mike Pence.

However, that figure was dwarfed by the colossal $32 million forked out to provide a ring of steel around Pope Francis' visit in 2018, while the historic visit by Britain's Queen Elizabeth back in 2011 cost an, even more, jaw-dropping $36 million.

During his contentious presidency, Trump was frequently criticized for spending time at his own hotels and resorts at the expense of U.S. taxpayers.  He was accused of using his office to promote his private businesses.

However, prior to the arrival of the pandemic businesses, including
pubs and restaurants in Doonbeg had reported a surge in interest from visitors as a result of the presidential visit.

The small and relatively unknown village of Moneygall in Co. Offaly previously enjoyed a similar boost after the 2011 visit of its most famous son, former president Barack Obama.

Likewise, President Joe Biden's distant relatives in Ballina, Co. Mayo, and the Cooley Peninsula in Co. Louth are hoping the newly-elected president finds time to visit his ancestral roots when he makes his first official trip to Ireland.”