What do young Irish people think of Pope Francis' visit?

The role of the Catholic Church in Ireland has greatly changed since the last Papal visit so how do young people in Ireland now think about Catholicism and the visit of Pope Francis this August? 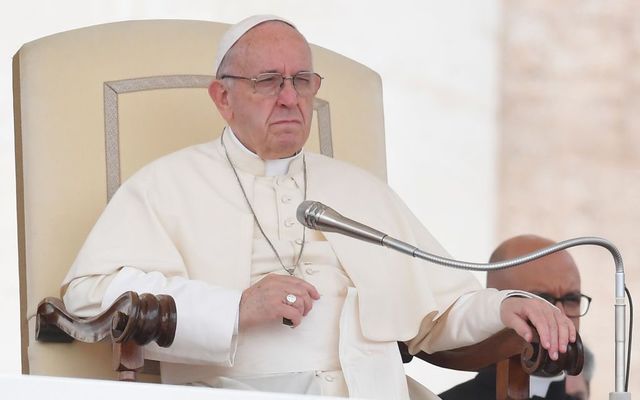 With the vast changes that have taken place in Ireland since the last Papal visit, are young Irish people looking forward to Pope Francis’ August trip?

In August 2018, Pope Francis will visit Dublin for two days and celebrate Mass at Croke Park and the Phoenix Park as part of the World Meeting of Families. This is the first time since 1979 that a Pontiff has visited Ireland and between then and now, massive changes have taken place in the country.

Thirty-nine years ago, 91 percent of people in Ireland went to Mass on a regular basis and in the biggest televised event ever to take place in Ireland, 1.25 million people turned out to witness Pope John Paul II celebrate Mass in Phoenix Park, a stunningly high percentage of the Irish population.

Nowadays things are different, of course, especially in terms of the role the Catholic Church plays in Irish life. In 2015, Ireland voted for equal marriage rights for the LGBT community and in May 2018, they repealed the eighth amendment with placed a constitutional ban on abortion in the country.

With many of Ireland’s younger generations also having grown up knowing about the scandals of the Irish Mother and Baby Homes, the Magdelene Laundries and clerical sex abuse, has this changed their outlook on Pope Francis’ visit and their relationship with the church and their faith or have they rejected Catholicism?

"As you get older you start to question it,” 17-year-old Ciara Purvis told RTÉ. Purvis considers herself to be agnostic and wanted to disconnect from the church when she learned more of past scandals.

“You’re like ‘Well, how does this logically work and scientifically work?.’"

Michael Folan, 16, told RTÉ, however, that he would consider himself Catholic but would regard himself as being in the “minority.” He struggles, in particular, with the church’s relationship with the LGBT+ community, a concern that is shared with others in his youth group in Navan, Co. Meath.

"I am excited at the thought of returning to Ireland" – Pope Francis issues video message for the start of the World Meeting of Families https://t.co/eSHanOXU6O pic.twitter.com/XRl1CjGnov

Purvis added: "the church needs to say ‘OK maybe our ideals and ideas weren’t exactly 100% correct, maybe we need to move forward as society does as well.’"

Despite the recent moves toward a more liberal Ireland, a report in March 2018 showed that Irish people aged between 16 and 25 still rank among the most religious in Europe, with those within Catholic groups saying it can be difficult in 2018 because of the stigma attached to it.

The links that many young Irish people have with the church can still be seen, however, especially in cases such as that of Fr Chris O’Donnell. Hundreds of young people from his home diocese in Limerick appealed to Pope Francis last year to try and prevent him being moved to Dublin.

“How did it go from your photograph on every mantelpiece to scandal after scandal that just didn’t seem to cease?” Lewis Kenny, a spoken word poet delivers his “post to the Pope” ahead of Pope Francis’ Irish visit. Tap your screen for best view on mobile. #popeinireland pic.twitter.com/ZVMvV1wKUJ

Fr O’Donnell has been working to encourage Church teachings to evolve.

"If I can’t change the teaching of the church, well I just have to put my energy into making sure that no LGBT community member ever feels alienated by me. I always say that to people who feel disempowered."

Are you looking forward to Pope Francis' trip to Ireland? Let us know your thoughts in the comments section, below.