My heart has been broken by the sexual abuse scandals and greed of the Church I will not take part in the World Meeting of Families 2018. 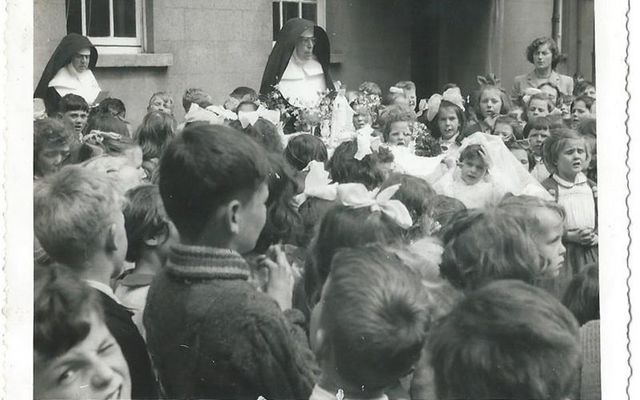 Catholic nuns oversee a school yard in Ireland in 1957.

They educated us with the "fear of God" and the Catholic Church was revered but as a devout Catholic whose heart has been broken by the sexual abuse scandals and greed of the Church I will not take part in the World Meeting of Families 2018.

Pope Francis is coming here to Ireland this week. Whilst I respect and admire this humble man I am deliberately choosing not to attend the events he will be at. All my family went to see Pope John Paul II in 1979, for those were different times indeed.

I am one of the millions of Irish Catholics who was reared in pre-Vatican II Ireland. Growing up in the 1950s we were taught by nuns and brothers for 14 years. The religious orders had unlimited access to impressionable young minds. These holy nuns and brothers saw as their vocation the education of the youth of Ireland.

They did, indeed, give us a marvelous education. They all also passed on a religion based on ‘Fear of God.’ We learnt all about the fires of Hell that awaited those who did not abide by the rules of the Catholic Church. And the rules were ‘beaten’ into us daily.

‘You can’t scare me, I was taught by nuns,’ I saw written on a tee shirt recently. Many ex pupils would identify immediately with it! 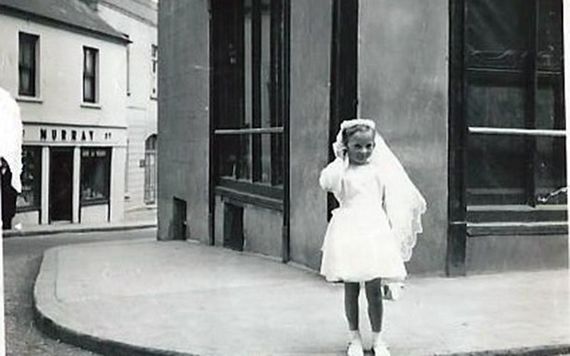 Jean Farrell on the morning of her First Holy Communion.

Blind obedience was the order of the day. We were not encouraged to think for ourselves at all. An example of this are these real questions asked by readers in The Messenger magazine in the 1950s.

Q. Is it sinful to knit on a Sunday?
A. We are forbidden to do work on a Sunday that is both servile and unnecessary.

Q. Is it a mortal sin to use slimming tablets?
A. No, but it is exceedingly unwise and imprudent.

‘If the Blessed Virgin was watching would you do it?’ This is what we were taught to consider before we performed any deed. Our Lady was to be our role model for life. We were to be meek and mild like Mary.

Every family in Ireland had a girl called after the mother of God, Mary. Other girls in the house would been called Concepta, after The Immaculate Conception, or Assumpta, after the assumption of Our Lady into Heaven. I know twin girls named Lourdes and Fatima. Such was the devotion to The Virgin of all Virgins when we were young. 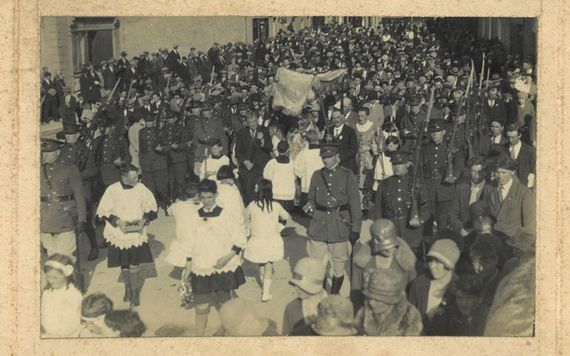 A Catholic procession in 1932.

One day, as an eleven-year-old, I whistled in the playground. Sister Immaculata swept past me dressed from head to toe in black, her leather belt swinging from her side. “The Blessed Virgin never whistled,” I was informed. And that was that. No more needed be said on the matter!

A year later, when I started secondary school, Archbishop McQuaid stated in a pastoral letter that it was a mortal sin to send children to a non-Catholic school. We were controlled by fear and Hell was a ferocious power over us. Many marriages were endurance tests—the price paid for the fare to Heaven.

What we didn’t hear about, back then, was a compassionate loving God.

All changed utterly as the years passed. We became well educated and were less enthralled by religion once we have a stake in this world, rather than pinning all our hopes on the next.

Television was one of the biggest changes of all. We saw how the other half lived and our expectations were raised accordingly. The media – which is supposed to reflect society’s view - was shaping it. 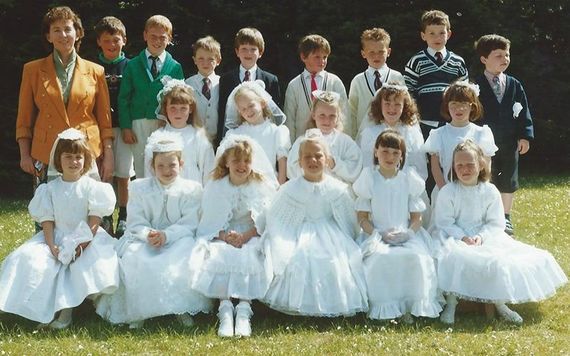 Jean Farrell as a young teacher with her First Holy Communion class, in Athlone.

We raised our children in a different world. We said their prayers with them and tried to instill in them respect for the clergy.

However, just when they became impressionable teenagers the media was daily reporting abuse by priests. And it wasn’t just the rare few – sadly the numbers increased all the time as did the awfulness of the abuse. My three children turned away from the church then and have never returned to it.

My generation found the accounts of the abuse very difficult to believe. It shattered my faith and the faith of many.

Around that time, I paid my first visit to Rome. I was absolutely appalled by the riches of The Vatican. I came back to Ireland wondering what had happened to the message of a simple homeless man, Jesus Christ. I began to ask more questions. I wondered why, as an intelligent woman I am a second class the eyes of my church. I wonder what’s so awful about sex that virginity is so honored and revered.

I believe in God and the goodness of God. I say my prayers every day. However, my belief in The Catholic Church has collapsed. As the pope is head of that organization I will not be attending the gatherings here in Ireland, as a protest.