Rozanna Purcell was speaking about the Trump incident with former Irish President Mary McAleese for RTÉ's "All Walks of Life" series. 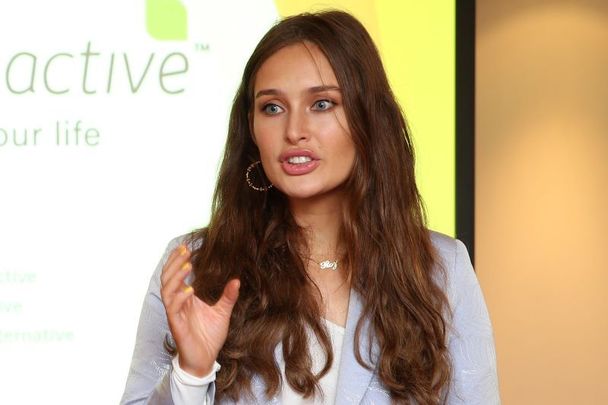 Irish model Roz Purcell has revealed that she once called Donald Trump out on his own TV channel after he made an offensive comment about a marginalized group.

Speaking to former Irish President Mary McAleese on her RTÉ series "All Walks of Life", Purcell said that she co-presented a show with Trump on GolfTV during her brief stint with the Trump Model Agency.

Purcell said that she met Trump several times and that she was often shocked by the comments he made.

"I remember being shocked at some of the things he said because it just was not how anyone should speak about other people," Purcell told McAleese.

"I remember calling him out once, I remember he said something extremely bad about a certain marginalized group.

"I just said ‘God’s people would never say that in Ireland’. I quickly shut up though because I remembered I was a 19-year-old who was presenting a TV show that he owned."

Purcell said that Trump was the exact same in private as he is in public and said that he promised to turn her into a star.

The 30-year-old Tipperary model and healthy living campaigner additionally told McAleese that everyone knows that Trump is "full of lies".

Purcell and McAleese were walking in the Tipperary hills of Sliabh na mBán near Purcell's family farm as part of the latest episode in McAleese's series.