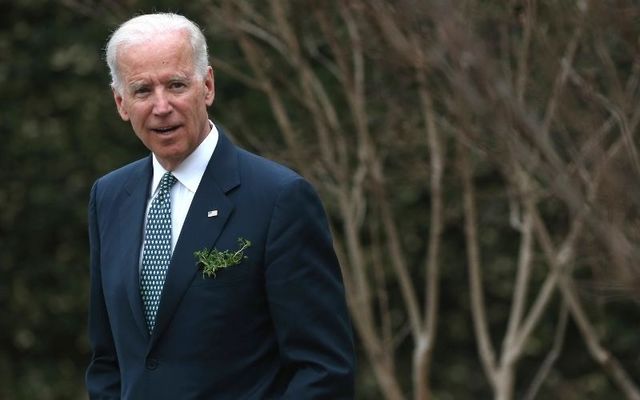 Taoiseach Micheál Martin has said that Joe Biden's election victory has been a "source of great pride" for the people of Ireland.

Martin said that there was "genuine elation and joy" in Ireland this week when Biden was inaugurated as the 46th President of the United States on Wednesday and said that many Irish people were proud to see a descendant of Irish emigrants become president of a "great democracy".

Speaking to CNN's Christiane Amanpour, Martin said that Irish people "appreciate" Biden's warmth for Ireland and the fact that he regularly quotes Irish poets in many of his speeches.

"In the aftermath of his election, he spoke to me very warmly, affectionately, almost emotionally, about his heritage," Martin told Amanpour on Friday. "He spoke of the lessons and values that came down through the generations of an Irish household in Scranton and he speaks very fondly of County Louth and County Mayo.

There have been a few sons of Eire in the Oval Office but none more proud than the current occupant. What do the Irish people think of him? Taoiseach @MichealMartinTD says that Biden has "a genuineness there, a real decency that... is appreciated by all generations of Ireland." pic.twitter.com/2pPyQ0iRrS

"There is a genuineness there, a real decency that is very much appreciated by all generations of Ireland," Martin continued.

Amanpour asked Martin whether he would be making the traditional trip to the White House for St. Patrick's Day, but the Taoiseach said that no decisions had been made yet.

"We'll do what's safe and what's best, but I think both of us are very keen to cement that very historic relationship between the United States and Ireland," he said.

Martin previously said that he invited Biden to Ireland in a congratulatory phone call after his election victory, to which Biden jokingly replied: "try and keep me out".