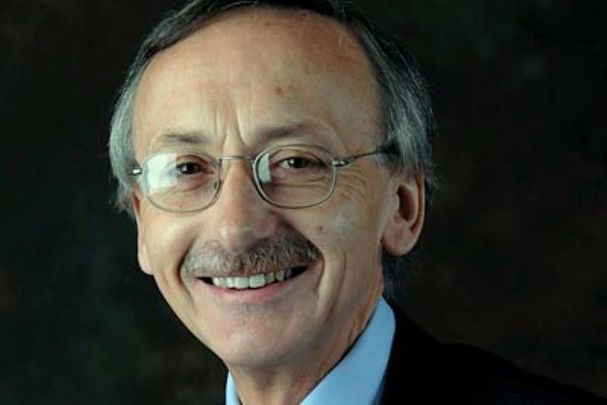 Ted Smyth, a former diplomat and corporate executive, is a leader in the Irish American community through his writing, his board service to key Irish organizations, and his support of the mission of the IBO and other organizations.

The award annually celebrates people who exemplify the values of three-term IBO president Sean McNeill: his extraordinary generosity, his commitment to community, and his support of the IBO “Network, Communicate, Reciprocate” ethos.

“Every year, the IBO executive board considers an impressive list of Sean McNeill Award possibilities, but for 2021, Ted Smyth was the perfect choice,” IBO president John Lee said.

“After his stellar diplomatic and corporate career, Ted applied his talents to supporting key Irish and Irish-American initiatives. He was a regular contributor to our many IBO events, an outstanding speaker for us, and a valued sounding board for me personally.”

After growing up in rural County Westmeath, Smyth earned a BA in History and Political Science from Trinity College, Dublin. He served as an Irish diplomat from 1972 to 1988 in Portugal, Geneva, the United States, and the United Kingdom in a career highlighted by his work on the Northern Ireland peace process.

Moving to the U.S., he became a senior executive at two Fortune 200 companies and served in multiple board positions.

“I am truly honored to receive this award named for someone who personified the grace, generosity, and inclusion of the Irish Business Organization and the Irish American community in general,” Ted Smyth said.

He continued, “The IBO, led by its dedicated President and Officers, has made a huge difference in terms of networking for business opportunities in the Tri-State area, including stepping up to combat the isolation of Covid measures.”

Ted Smyth will receive the 2021 Sean McNeill Award at an IBO event early in 2022.

I am so honored and frankly humbled by this award from an organization and Board that do so much for Irish and Irish Americans, including during the Covid challenges @IrishBusinessNY @johnleemedia @auntytem @Paul_NY @eemscully @IrelandinNY https://t.co/8D48ipox1Q

Founded in 1973, the Irish Business Organization of New York works to promote, foster, and advance the business interests of Irish and Irish Americans in the tri-state area and beyond through its networking events, speakers’ program, online communication, and community engagement. You can follow the IBO on Facebook and Twitter.