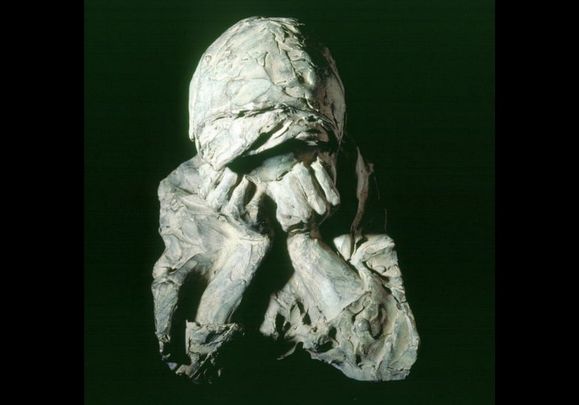 Anguish, by Glenna Goodacre, part of the collection at the Great Hunger Museum.

A group of Irish American leaders is demanding answers from Quinnipiac University on what they intend to do with the shuttered Great Hunger Museum which Quinnipiac recently announced was closing.

A protest letter from the group to the Quinnipiac president has now been released. It states:

Dear President Olian and the Quinnipiac University Board of Trustees:

Outrage has spread beyond the Irish American community since you announced the permanent closure of Ireland’s Great Hunger Museum. Músaem An Ghorta Mhóir is the gem of Quinnipiac  University and the world’s only museum to present a comprehensive collection of art and artifacts commemorating Ireland’s Great Hunger, traditionally remembered as the Potato Famine.

The question on the minds of individuals and media both here and abroad is: “Why?”

Your response to all inquiries lacks awareness of consequences, including the optics for Quinnipiac. The damage done by this decision is lasting, and a significant black eye for the university. As well,  the response from your public relations department has been insufficient and only a slight rewrite of what you told the community when you chose to announce the closure.

Our deepest concern is what will happen to the collection and its power to communicate this global tragedy. The museum is not simply a collection of artifacts but a historical narrative. We are told that you are in “active conversations” with potential partners, but will the collection be broken up? 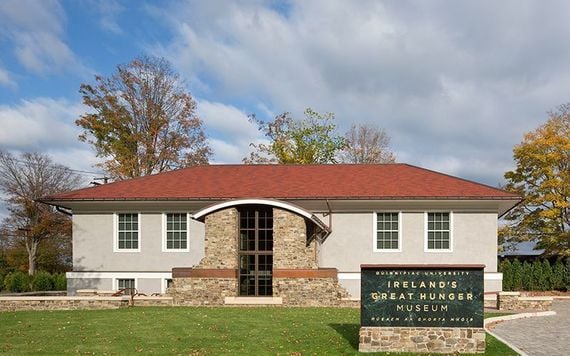 Donors, including some listed here, made contributions to the whole museum based in part on its location. Relocating to New York or Chicago or elsewhere would diminish the interest value to many donors. If the collection is to be broken up, there rigorous deaccessioning regulations overseen by the State Attorney General’s office. What is the status of these obligations? We are copying Connecticut State Attorney General William Tong to ensure that he is aware of the situation.

Also, we are completely unaware of any fundraising campaigns that may have taken place since  2019; surely, we would have known of a major fundraising drive by the university or the museum.  It is unreasonable to count the year-and-a-half of the pandemic as part of an “unsuccessful fundraising effort.” It could only have been a whisper campaign!

We remain mistrustful of budget numbers and foot traffic. Budgets can be cut, staff released, hours decreased; none of these possibilities even appears to have been considered. Frankly, foot traffic of even 20 persons per day is substantial, as it translates to 5,000 visitors a year, a good draw for a  small museum. Does the stated traffic account for students and other nonpaying visitors? If so,  then the administration should be held accountable for not making better use of its own resources.

Our community of artists, educators, historians, docents, and volunteers stands ready to work with you and support all efforts to reopen the museum and to save the collection.

This moving story of our ancestors is an American story about refugees, food insecurity, and disastrous government policy, and is more relevant than ever to our global family.