"Where is God?" An Irish priest on keeping the faith in these hard times

Father Brendan Fitzgerald, pastor at St. Barnabas in Woodlawn in the Bronx, says that prayers, and faith, are very real healers and not just empty platitudes in times of unimaginable grief. 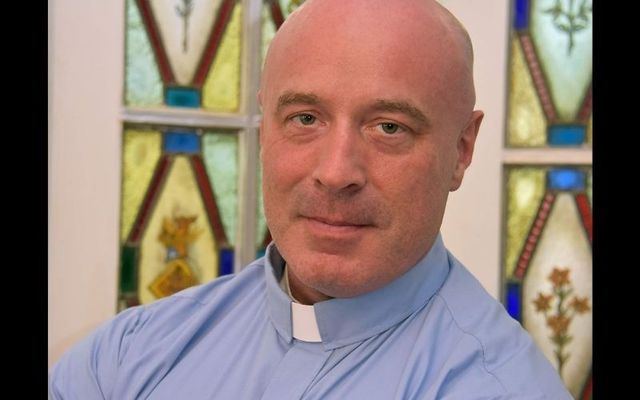 Father Brendan Fitzgerald is the pastor at St. Barnabas Parish in the Irish neighborhood of Woodlawn in the Bronx, New York. Handout

America, May of 2022: Ten innocents shot in cold blood while shopping at a Buffalo, New York supermarket on Saturday, May 14.

Only 10 days later, 21 Americans were riddled by weapons of war, 19 of them children under 10, in a Uvalde, Texas elementary school.

We are burying our senselessly dead once again at an alarming rate, lives young and elderly, wondering why and of course offering obligatory thoughts and prayers to the shellshocked families left behind.

But prayers, and faith, are very real healers and not just empty platitudes in times of unimaginable grief says Father Brendan Fitzgerald, the Co Kerry-raised pastor of St. Barnabas parish in the Irish neighborhood of Woodlawn in the Bronx, New York.

“God is there. I think we discover him even more in these times, the worst times,” Fitzgerald told the Irish Voice, sister publication to IrishCentral, during a Monday interview.

Fitzgerald’s community has seen its share of tragedy, like most parishes, and he doesn’t pretend to have all the answers. Words, he says, often fall short, especially when comprehending atrocities such as the latest mass killings in the U.S.

“The one thing I’ve experienced in my own personal ministry over the years, when we, from the outside, look at a situation and see it as so bleak that we are tempted to ask where is God, and how did this happen, whenever I’m with people who are in the midst of that, when they’ve been personally affected by it, very often they will tell me that’s when they find God,” Fitzgerald said.

“It’s like a paradox. And in their darkest, most challenging moments of life where from the outside we can say God doesn’t exist, how could this happen, the people who are in the middle of it, in the trenches of the suffering, that is when they’ll tell you they found God. When it looked like He wasn’t there.”

It's not easy moving from seismic shock to comforting faith, Fitzgerald acknowledges.

“At times like these, with the killing especially of innocent children, we realize how little words can do. Words fail us. They fall short,” he says.

“When I’m in the midst of people who are suffering like that, I’m just present with love. It’s the most powerful thing we can do. That’s why I love our month’s mind Masses and first anniversary Masses, because often at a funeral, the grieving can’t hear what you are saying.”

Fitzgerald heads a busy parish with a popular elementary school that has a security guard at the main entrance. Keeping students out of harm’s way is priority number one. After the massacre in Uvalde, parents, more than students, had questions about safety measures, which St. Barnabas consistently reviews and upgrades as needed.

“School has to be held as one of our safest environments, a place where our young hearts and minds go to be shaped and molded. And I think we have to be custodians of that. We can never say we’ve done enough.”

Fitzgerald has served nearly six years as pastor of St. Barnabas, and is a beloved, constantly involved member of the local community. There for the good times and the sad, he remembers one recent shocking tragedy in his community, the 2021 sudden death of 17-year-old Sarah Lynch, an Irish musician and GAA athlete who was killed in a car crash not far from her home in Thornwood, New York.

Sarah’s parents were by her side when Fitzgerald arrived at the hospital. Nothing could be done to save her. She was a healthy, vibrant teenager by day. Gone by night.

“I was there with Sarah’s mom and dad. The doctors couldn’t do anything. I saw their moments of complete shock and horror. Till the day I die, I won’t forget it. And I wondered how will they ever get through it,” Fitzgerald recalled.

“The next night, we had a wake in the house. And I led the Rosary and I assumed I would lead each decade. But when I came to the second decade the mom and dad said they wanted to lead their own decades. That blew me away.

“They didn’t understand why this happened to their daughter, but they were going to work through it with strength and faith.”

When sudden tragedy strikes, it’s often said that God has a plan and there’s a reason for everything. Imagine telling that to the parents of the slain children in Uvalde? Absolutely not, says Fitzgerald.

“God doesn’t plan mass shootings. There is evil in the world and we have to ensure that evil never triumphs,” he added.

“The majority of the world went to bed grieving for the kids who were killed in Texas. And that’s the triumph of humanity. One of the ways good has triumphed over evil is through the outpouring of love and support from us all.

“We remain dignified and human. We don’t have all the answers. But faith will see us through. I think we discover God more in the worst times.”