The New York State Ancient Order of Hibernians (AOH) is questioning why the recent theft at a Brooklyn church is not being considered a "hate crime." 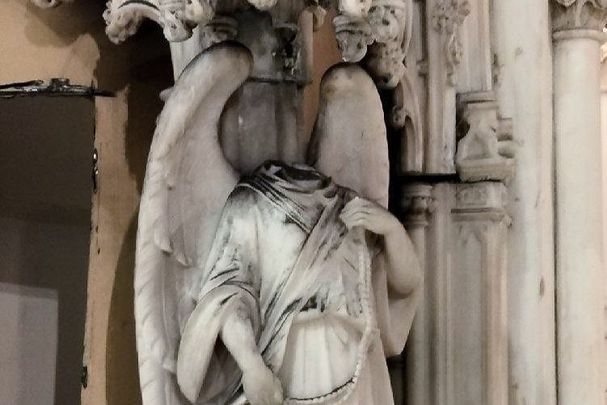 "The angels which flanked the Tabernacle were decapitated and destroyed," the AOH said in a statement after the theft and vandalism at St. Augustine Catholic Church in Brooklyn, New York. Diocese of Brooklyn / DeSales Media Group

The New York State AOH has sharply criticized the theft of a Tabernacle valued at $2 million from a church in Brooklyn and says the perpetrators are guilty of a hate crime.

An AOH press release stated: “The Diocese of Brooklyn announced that the New York City Police Department is investigating a brazen crime of disrespect and hate, which desecrated the most Blessed Sacrament and the altar at St. Augustine Catholic Church, located at 116 6th Avenue in the Park Slope section of Brooklyn.

“The burglar cut through a metal protective casing and made off with the Tabernacle, which dates back to when the church was built in the late 1890s. The angels which flanked the Tabernacle were decapitated and destroyed, and the Blessed Sacrament housed inside the Tabernacle was thrown all over the altar." 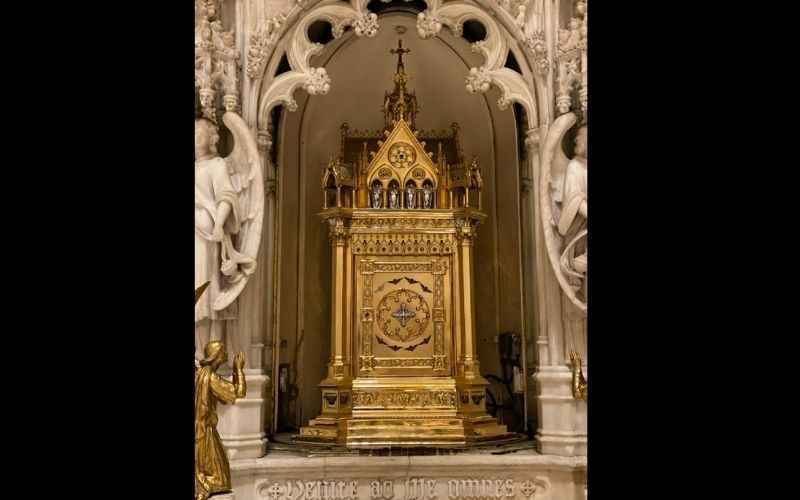 The Tabernacle before it was stolen from St. Augustine Church. (Diocese of Brooklyn / DeSales Media Group)

"Yet, again our churches have been desecrated. Why is this incident not being considered a hate crime? We encourage in the strongest terms possible that if you see something that isn’t right, say something!" 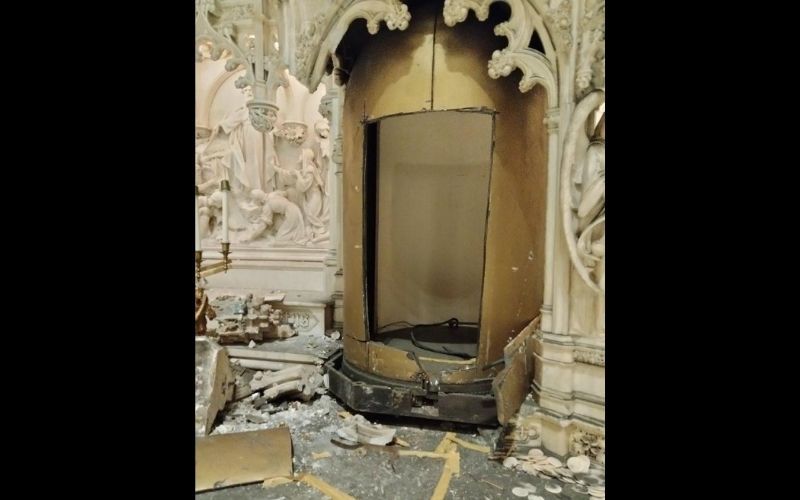 The scene after the burglary and vandalism at St. Augustine's Catholic Church. (Diocese of Brooklyn / DeSales Media Group)

The burglary, the press release added, is suspected to have taken place on Friday, May 27, and was discovered by parish authorities on Saturday, May 28.

“This is devastating, as the Tabernacle is the central focus of our church outside of worship, holding the Body of Christ, the Eucharist, which is delivered to the sick and homebound,” said Father Frank Tumino, pastor of St. Augustine.

“To know that a burglar entered the most sacred space of our beautiful church and took great pains to cut into a security system is a heinous act of disrespect.”