Pope Francis's "off the cuff" comment about Irish immigrants bringing whiskey to America is being met with some criticism. 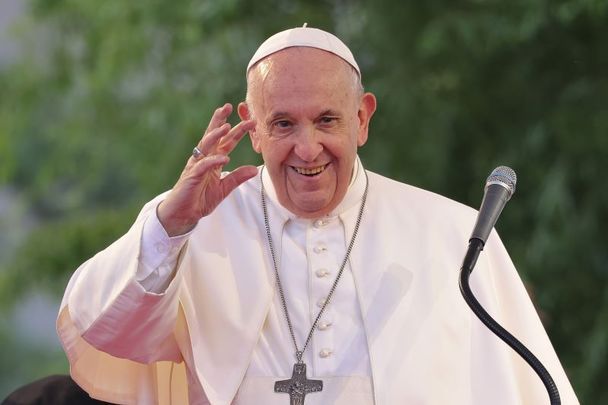 Pope Francis is facing some criticism after saying Irish immigrants brought whiskey to America during a private event at the Vatican on May 25.

“Don’t lose your memory,” the Pope reportedly told a private audience consisting of members of the International Solidarity Fund, which says it is "inspired by Pope Francis’ leadership and ambitious vision and is focused on empowering the most vulnerable," at the Vatican on May 25.

“You are a people of migrants, of Irish migrants and Italian migrants,” the Pope said while recalling an earlier conversation with a person from the US.

“The Irish brought you whiskey and the Italians brought you the mafia. Always look at the roots."

Pope Francis: Once, someone from the United States said to me, "But no, we are not migrants, we are rooted here!" - "Don't lose your memory: you are a people of migrants, Irish migrants and Italian migrants. The Irish brought you whiskey and the Italians brought you mafia."

Crux Now reported that the Pope, whose parents immigrated from Italy to Argentina, was speaking about the need to welcome and integrate migrants when they arrive in a new country.

“An unintegrated migrant is halfway, and he is dangerous,” the Pope reportedly said. “It is dangerous for him, poor guy, because he will always be a beggar. It is also dangerous for everyone. (It is important) to integrate, not to have migrants as a pebble in your shoes, which is harassing.”

Robert Mickens, the editor of the Catholic newspaper La Croix International, has since described the Pope’s Irish and Italian comments as “an ethnic slur.”

“Francis is sensitive on other questions, but with comments like this you open a door and the risk is other people take it further,” Mickens told the UK Times the day after the Pope made the comment.

“He feels he can say these things because his family migrated," Mickens added.

On Friday, Fr Michael Collins, the Irish author of “Pope Francis, a Photographic Portrait of the People's Pope,” told RTE Radio’s Drivetime that Pope Francis "always speaks off the cuff."

He continued: "He certainly chose a very unfortunate set of words when he said, ‘the Irish brought whiskey to America and the Italians brought the Mafia’ because that makes the Irish out to be a load of drunks and the Italians to have done nothing else except bring the mafia to the states.”

Fr Collins acknowledged, with a laugh, that Irish whiskey exporters may have appreciated the Pope's sentiment, but it was unlikely that Italians took well to it.

"That is not what you say in a speech," Fr Collins said, adding that "There's no 'lost in translation,' I'm afraid."

Fr Collins continued: “He’s his own man on that one because he does have actually a team of people and I know a couple of them and they more or less say ‘oh God, what’s he going to come out with now today’ and they get up in the morning wondering how they’re going to get this little communication blip over.

“That in a sense possibly could be his charm because he’s able to say these things and you either like him or loathe him and you take him or leave him. That’s more or less the way he operates,” Fr Collins said.

Previously, Pope Francis has joked on at least two occasions that Scottish whisky is "the real holy water," Forbes has reported.

Last October, the Pope even had an Irish whiskey exchange with US President Joe Biden. "I'm the only Irishman you've ever met who's never had a drink," Biden said to the Pope with a laugh during their meeting in Italy.