Sarah Lynch, the 17-year-old daughter of Co Kerry natives, died after a road crash in New York on February 15. 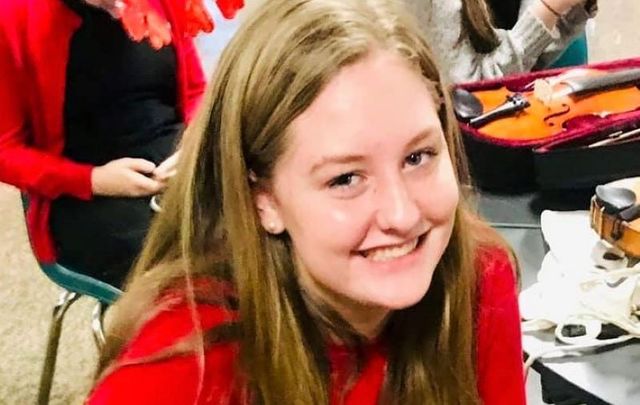 Sarah Lynch, the 17-year-old daughter of Irish immigrants, tragically passed away on Monday, February 15 after being involved in a car accident in New York.

Lynch is the only daughter of Co Kerry natives Shane Lynch, of Direen in Cahersiveen, and Joanne O'Connor, of Derriana, Dromid. Sarah has two brothers, Colin, 20, and Sean, 12.

According to LoHud, police said that Lynch was driving on Kensico Road in Thornwood when she lost control and crashed into a utility pole. Lifesaving measures were administered and she was transported to Westchester Medical Center, where she tragically died.

Lynch was a senior at Westlake High School where she was involved with the track team and the school’s broadcasting programs. She was reportedly considering attending university in Ireland, where she frequently visited. The high school has been providing counseling services in the wake of Lynch’s death.

Remembering Lynch as a "bright star," Kurtis Kotes, superintendent of the Mount Pleasant Central School District, said: "I know I speak for everyone who encountered Sarah, that she will be missed terribly by all of us who knew her."

The Irish community in New York, as well as the communities in her parents’ native Co Kerry, are mourning the loss of the 17-year-old who was involved in Irish music, dance, and sport in New York.

The Aisling Irish Community Center, located in the predominantly Irish - Irish American neighborhood of McLean Avenue in Yonkers, shared news of Lynch’s tragic passing in a Facebook post on February 16. Hundreds of comments poured in offering condolences to the Lynch family in New York and Ireland.

**Tragic Death - Sarah Lynch** It was with profound shock and sadness Aisling Community learned of the tragic and...

The Erin Loughran School of Irish Music and Arts, where Lynch was trained as a fiddle player and went on to compete at the Fleadh Cheoil competitions in Ireland, remembers Lynch as "A true Irish American Gael, with a deep passion for her culture and love of her Kerry roots."

Our deepest thoughts, prayers and hearts are with the Lynch family, especially Sarah’s parents, Joanne, Shane and...

A video of Lynch playing the fiddle in a ceili band was also shared on the Irish music school's Facebook page:

The St. Brigid’s Ladies Gaelic Football Club of New York, where Lynch was a football player, offered their condolences.

On behalf of St. Brigid’s LGFCC, we send our deepest condolences to the Lynch Family on the passing of their daughter...

Joan Henchy, the chairperson of the New York GAA and also a native of Co Kerry, said in a statement that "Sarah's loss will also be felt deeply by her friends and all those who knew her."

On Monday evening we received the devastating news that one of our youth Members Sarah Lynch had passed away aged just...

Scór NY GAA, where Sarah's mother Joanne is a treasurer, also paid tribute to the teen, saying: "As children awaited nervously backstage during Scòr na nÒg, Sarah would selflessly put her own pre-stage nerves aside and would often be there to reassure and encourage her fellow competitors and younger participants."

We are absolutely shocked and deeply saddened by the untimely passing of Sarah Lynch, daughter of our own treasurer...

Saint Mary's GAA Club in Cahersiveen, where Sarah's father Shane Lynch is from, offered their "most heartfelt condolences," while CLG Piarsaigh na Dromoda, where Sarah's mother Joanne O'Connor is from, said that "Death leaves a heartache no one can heal; love leaves a memory no one can steal."

The GAA club in Renard, Co Kerry, where the Lynch family had a vacation home, said "Our thoughts and prayers are with her Father Shane, Mother Joanne, her brothers Colin & Sean and the extended Lynch & O’Connor Families at this very sad and difficult time."

At the time of publication, arrangements for Sarah Lynch have yet to be announced.