John Mulligan’s Fireside Pub in the Woodlawn section of the Bronx was on the brink of closure until the popular Barstool Fund stepped up with a business saving grant. 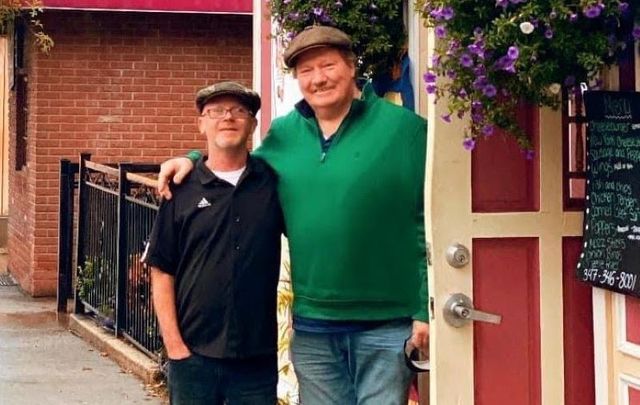 John Mulligan’s Fireside Pub in Woodlawn in the Bronx.

The fund has made sure that a number of Irish pubs and restaurants can stay open during the pandemic.

Publicans and restaurateurs all over America have seen their businesses decimated by Covid-19 restrictions, but some – including several beloved Irish locales – are thankful for a much-needed lifeline thanks to the Barstool Fund, which has raised close to $30 million in donations to help struggling small businesses stay afloat.

The Barstool Fund is the brainchild of Dave Portnoy, founder of the hugely popular Barstool Sports website and digital media company.  Portnoy kickstarted the fund last month with a personal donation of $500,000 and a number of luminaries have followed his lead, including the famed NFL quarterbacks Tom Brady and Aaron Rodgers.

Portnoy’s philanthropy came just in the nick of time for the Mulligans, proprietors of John Mulligan’s Fireside Pub in the Woodlawn section of the Bronx, a family-owned business since 1977 when John and Margaret Mulligan, 1950s immigrants from Co. Leitrim opened its doors on Katonah Avenue.

It’s been there ever since, ticking along nicely and a staple in the tight-knit Irish neighborhood until Covid-19 took root in March.  The pub is now owned by John and Margaret’s son Tom, who grew up watching his dad run the beer and burger hangout which has played host to a number of popular live Irish acts throughout the years, including the Wolfe Tones and Bagatelle.

But March 16, 2020, changed everything. Mulligan’s, like all of New York’s bars and restaurants, had to suddenly close its doors, and at the start of 2021, it was on the verge of permanent closure.  Tom’s daughter KatieLynn, who worked in Mulligan’s for several years as a bartender and earned a bachelor’s degree in digital communications from Saint Bonaventure University in 2017, turned to the Barstool Fund for help.

She was hopeful but not counting on getting a FaceTime call from Portnoy confirming a grant – he personally contacts all recipients – given the thousands of videos he receives.  Applicants film their personal requests for assistance and submit them on the Barstool Fund site, and when Portnoy called KatieLynn earlier this month at her place of work, a law office in Manhattan, she was shocked and thrilled.

“My father is an amazing person and business owner who has had the same following for over 40 years. I can walk into the bar on any day, and there will be someone there who has known me since I was five years old. I just feel like that alone explains why the bar is a staple,” KatieLynn tells the Irish Voice.

“People stick around when they are treated like family. That’s why I’ll forever be grateful that Barstool recognized that about us.” 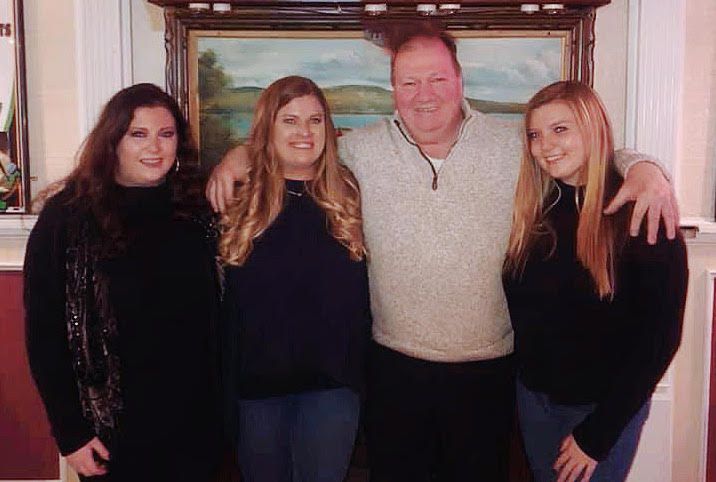 Tom Mulligan with his daughters KatieLynn, Kelsey and Tricia.

The Barstool Fund donations to the 149 American businesses it has supported to date – most of them pubs and restaurants -- are sizable and are meant to help recipients survive until the pandemic is over.  The Mulligans are in the process of submitting their overheads to the fund’s administrators, who make it a point to distribute the grants within a few days and to keep in contact with the businesses going forward.

Tom Mulligan is 59, a widower with three daughters whose wife Patricia passed in 2017. KatieLynn and her sisters Kelsey and Tricia reside with Tom at the family home in Eastchester.  Her two siblings have also worked in Mulligan’s with their dad, so the thought of losing the family business was unfathomable.

“The pub is rich in Irish history. My father brought bands in from Ireland like Larry Cunningham, Brenda Shine, Margo, Big Tom and many more. Any day you walk in you could hear an Irish song playing on the jukebox. My kids even love listening to Irish music from being around it so much growing up,” Tom told the Irish Voice.

Tom had dreams of joining the NYPD when he was younger and easily passed the admission test, but as the only Mulligan male in his family he wanted to help his father out with running the pub.  Besides his daughters, Mulligan’s has been his life’s passion for decades.

“KatieLynn came to me with an idea to do a video on how the business was struggling during Covid. I said to her, ‘They’re not going to pick our video. There are probably thousands of applicants,’” Tom says.

“KatieLynn is very talented in marketing -- she does all my graphic design work, promotions, and social media for the bar.”

The video was poignant, filmed by KatieLynn with her father at their pub.  He outlined the steps they took to stay afloat since Covid-19, including building an outdoor seating tent which didn’t survive the early winter, and expansion of the menu to make it more appealing given that take-out is the only option in New York’s five boroughs.  The Mulligan daughters festooned their dad’s pub with Christmas decorations in the days before New York Governor Andrew Cuomo nixed indoor dining in the five boroughs on December 14.

“Things are not good…I hope we don’t have to close this door because of what’s going on,” said a tearful Tom, who talked about the history of Mulligan’s, including its use as a location for two films, 2006’s The Hoax starring Richard Gere, and 2014’s God’s Pocket starring Philip Seymour Hoffman.

Tom and his daughters are joined by one employee, Damien Downes, a native of Dublin who has worked for the past 10 years as a bartender.  A trained chef, his culinary skills were put to good use when Mulligan’s had to expand its menu for takeout dining.

“I’m treated like family. It’s a great place to work. I really hope I don’t have to leave. I hope everything gets back to normal soon,” Damien said in the video.

It will surely be some time before things get back to normal, but with the assistance of Portnoy and the Barstool Fund, Mulligan’s will continue to be open for business well into the future.
“Dave Portnoy is such a great person coming up with the Barstool Fund. He and everyone donating are doing more for small businesses than anybody out there,” says Tom.

There’s no plan in place for the resumption of even limited indoor dining in New York’s five boroughs.  Both KatieLynn and Tom say that it feels like politicians have stopped taking notice.

“The bar and restaurant industry has felt forgotten about. I think everyone could learn a lot from Dave Portnoy,” says Tom.

His proud daughter says her dad is one of the good guys.

“He taught me everything I know about hospitality and how to treat staff and people in general. His famous line is, ‘It’s nice to be nice.’ I’ve just watched him my whole life treat everyone the same, no matter who they were or where they came from. I remember running errands with him for the bar when I was a kid, we’d drive up Katonah Avenue and everyone knew his car so they’d wave at him,” KatieLynn recalls.

“I remember wondering how he knew so many people, but I’ve learned from being around the Woodlawn area so much growing up that it is a tight-knit community where everyone knows each other. Most people are kind and they come together during tough times.”