Joe Biden’s inauguration will be the kick off for an Irish celebration that will long be remembered by Irish American leaders. 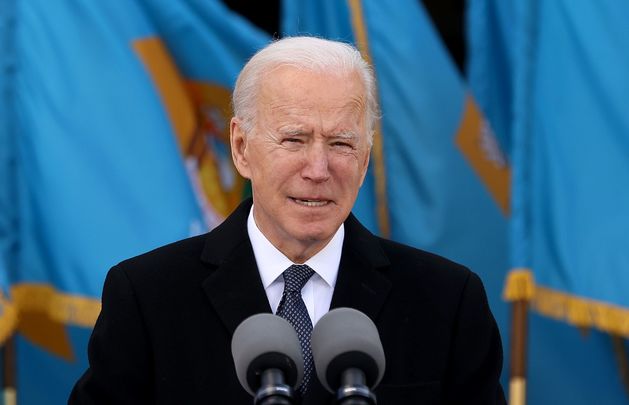 Joe Biden will be inaugurated at the 46th President of the United States on Jan 20. 2021. Getty.

While in-person celebrations are out due to COVID, Irish America Democrats are still ready to party after their candidate Joe Biden has officially become the 46th president of the United States.

News has also broken that Biden’s first visit to Ireland could come as soon as June, while he attends a G7 summit in Britain, and he may take a side trip to Ireland.

A Zoom party with up to 100 participants including politicians, diplomats, musicians, actors, well-known personalities, and Biden supporters will be held from 5-6pm on Thursday, January 21.

Irish Ambassador Dan Mulhall, UN Ambassador Geraldine Nason, New York Consul General will be among the diplomatic corps to attend. John McCarthy,  senior White House advisor who worked with the Irish Americans for Biden group, will also attend as will Richie Neal, Head of the House Ways and  Means Committee, and Congressman Brendan Boyle, a key figure in the Pennsylvania battle.

Mulhall called representing Ireland at the inauguration and taking part in the tribute one of the highlights of his career.

“Representing Ireland at this week’s inauguration of Joe Biden who is someone proud of his Irish American heritage, and who has the strongest Irish background of any US President since JFK  promises to be a highlight of my time in America,” he wrote on Twitter.

Brian O’Dwyer, a Former New York Grand Marshal of the Saint Patrick’s Parade and candidate for Ambassador to Ireland, organized the event and says the enthusiasm has been amazing.

He said that each of the Irish for Biden committees will be prepared to speak for two to three minutes on the campaign and what it means to have Biden ( who has Irish roots in counties Mayo and Louth) as President.

“I am delighted with the enthusiasm that our guests are showing in joining the Zoom event.” he wrote.

Ted Smyth, a key member of the Irish American for Biden group, stated “The long nightmare is over and Joe Biden in the White House changes everything It is a great time to celebrate.”

Already there is talk of Biden stopping off in Shannon Airport during his first trip abroad to England For a European summit in June.

Paul Allen. of the Irish For Biden campaign. told BreakingNews.ie that “sources in Washington have told him Mr. Biden is expected to make a stopover at Shannon Airport.”

“The G7 summit is taking place in a tiny village in Cornwall on June 11th, and my insiders in the Biden camp have led me to believe that they will stop off in Shannon Airport and refuel there before heading over to England.

He added: “As one insider told me last night, it's his intention to get to Ireland as soon as possible, so coming in before the G7 to refuel would allow him to refuel.

“He's had many private visits to Ireland, they've come into Shannon before and got a car to drive them to Ballina or Carlingford."

Speaking of the election he said, “We got a phone call in the middle of it from Biden and he was thrilled to hear what was going on and delighted he had such support in Ireland."

Biden already mentioned how Irish he feels in his speech when leaving Delaware on his way to the White House, A visit to the Irish Embassy in Washington, COVID allowing, is also said to be on the cards.