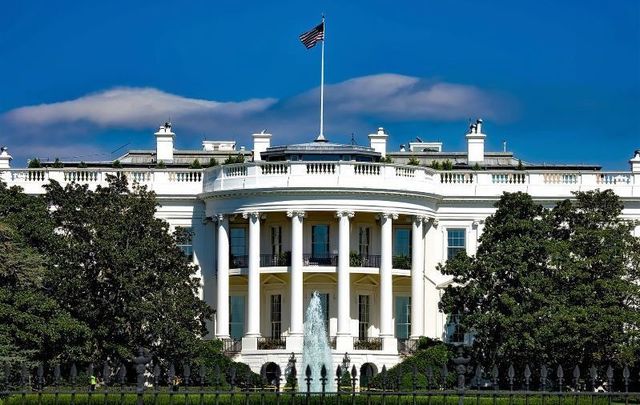 Irish and Irish American people have been nominated to serve in the Biden - Harris Administration. Public Domain

President-elect Joe Biden, who has roots in Co Mayo and Co Louth in Ireland, is aiming to have the most diverse Cabinet in the history of the US presidency.

"I'm going to keep my commitment that the administration, both in the White House and outside in the Cabinet, is going to look like the country," President-elect Biden said during a December interview.

Amongst his hires and nominations ahead of his inauguration on January 20 are a number of notable Irish and Irish Americans:

Mike Donilon, who previously served as an advisor to Vice President Biden, will serve as Senior Advisor to the President. His father was of Irish descent, and his maternal grandparents had immigrated from Ireland.

Donilon, who was raised in "a tight-knit Irish Catholic household" in Rhode Island, was responsible for "overseeing message discipline and development, television advertising, speechwriting, and polling and research" as Chief Strategist for the Biden-Harris Campaign.

Carmel Martin, whose parents were both from Ireland, will serve as the Deputy Director of the Domestic Policy Council for Economic Mobility.

The Vice-Chair of the prestigious Washington-Ireland Program, Martin was a senior policy advisor for the Biden for President campaign.

Photo from a friend with a rainbow touching down at Biden. My Irish parents would say that is a sign. pic.twitter.com/08PTRdA3jB

Gina McCarthy, who has been nominated by Biden to serve as the first National Climate Advisor, previously served as the 13th Administrator of the Environmental Protection Agency and is currently the President and CEO of the Natural Resources Defense Council.

McCarthy told IrishCentral's sister publication Irish America Magazine that growing up in the predominantly Irish / Irish American section of Dorchester in Boston, she was "surrounded by really hard-working Irish people." Her mother is English and Irish, while her father "was all Irish with roots in County Clare."

I am honored to lead the first White House Office of Domestic Climate Policy.

My goal is to marshal our entire government, engage every community, harness the forces of science and the values of environmental justice – all to build a healthier and more just world.

John McCarthy, the Vice President of Irish American Democrats, will serve as Senior Advisor to the Counselor to the President in the Biden - Harris Administration. He served as the Deputy National Political Director on the Biden-Harris Campaign throughout the primary and general election.

Could not be more excited or honored to be a part of this amazing, amazing team.@JoeBiden is the right leader for this moment, and I can’t wait to get to work! ☘️ https://t.co/s9ebki71qn

O’Malley Dillon, who in 2020 became the first woman to ever manage a successful Democratic presidential campaign, has roots Gorumna Island in Co Galway. She is set to serve as the Deputy Chief of Staff in the Biden - Harris White House.

In 2015, O'Malley Dillon shared on Twitter that she was "proud to be Irish American" after the Republic of Ireland voted by referendum to legalize same-sex marriage.

Working for @JoeBiden is absolutely the honor of my life. We have hard things to do, and with his leadership, we can do them together for the American people. Ready to get to work.

Samantha Power, the former US Ambassador to the United Nations, was born in Dublin and moved with her family to Pittsburgh, Pennsylvania at the age of 7. She has been nominated by Biden to lead the US Agency for International Development (USAID).

As a journalist, activist, and diplomat, I’ve seen the world-changing impact of @USAID. At this critical moment, I feel immensely fortunate to have the chance to serve again, working with the incredible USAID team to confront COVID-19, climate change, humanitarian crises, & more. https://t.co/LP3NhBvkZj

In 2019, Power told the Irish Voice, sister publication to IrishCentral: "Being Irish made me, like all Irish people from a young age, look overseas. A thing you do when you're from a small country.

"And back in those days, there was always, even before I knew we'd be emigrating, a notion of needing to know the world beyond the borders, often because there weren't enough jobs for you or your family say.

“But you asked about justice and I guess back then, the best of the Irish humanitarian tradition was found through missionary work, through the best of the church. So growing up there was some sense of being part of a global community, of being connected to people, and doing unto others as you'd have done unto yourself."

Jake Sullivan has been appointed by Biden to serve as National Security Advisor in his Cabinet.

President-elect Biden taught me what it takes to safeguard our national security at the highest levels of our government. Now, he has asked me to serve as his National Security Advisor. In service, I will do everything in my power to keep our country safe.

In 2016, Sullivan served as the senior policy advisor at Hillary for America. In a column entitled "I’m proud to be an Irish American for Hillary Clinton," Sullivan wrote: "So this St. Patrick’s Day, when I raise a glass of Guinness and send a prayer of thanks up to my Irish ancestors, I’ll count myself lucky to work for a candidate who has played such a vital part in Ireland’s hard-earned progress."

The current Mayor of Boston, Marty Walsh is the son of two immigrants from Connemara in the West of Ireland. He has been tapped to serve as Secretary of Labor in the upcoming administration.

President-Elect @JoeBiden and Vice President-elect @KamalaHarris have nominated me to be Secretary of Labor, and I have accepted this honor. If confirmed by the US Senate, I will step down as Mayor and City Council President @Kim_Janey will become Acting Mayor.

Speaking at a press briefing after his nomination, Mayor Walsh said: "My mother and father came to this country as immigrants from Galway, which is in Ireland, but from a part of Galway called Connemara.