Jen O'Malley Dillon said she is "ready to get to work" after it was announced that she will be the Deputy Chief of Staff in the Biden - Harris White House. 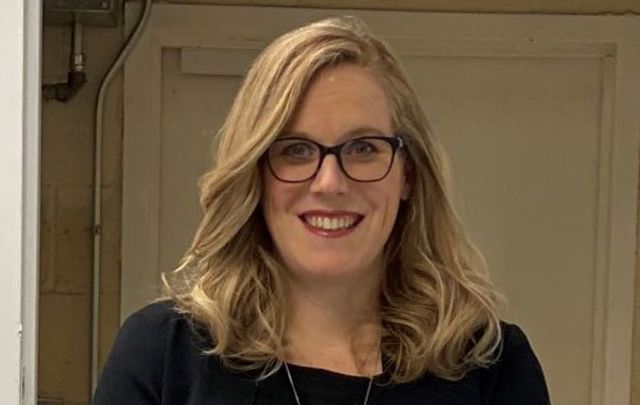 Jen O’Malley Dillon, who served as the campaign manager for President-elect Joe Biden this year, will serve as the Deputy Chief of Staff in the upcoming Biden - Harris White House.

O’Malley Dillon was among a number of key White House Senior Staff appointments that were announced on November 17 by the Biden - Harris Presidential Transition team:

Jen O’Malley Dillon will serve in the Biden-Harris White House as Deputy Chief of Staff. https://t.co/d2BEaAjFnJ

President-elect Joe Biden said on Tuesday: “I am proud to announce additional members of my senior team who will help us build back better than before. America faces great challenges, and they bring diverse perspectives and a shared commitment to tackling these challenges and emerging on the other side a stronger, more united nation."

Responding to the announcement, O’Malley Dillon said in a tweet that working for Joe Biden is “absolutely the honor of my life.”

Working for @JoeBiden is absolutely the honor of my life. We have hard things to do, and with his leadership, we can do them together for the American people. Ready to get to work.

In the wake of the appointment, O'Malley Dillon's mother Kathleen O'Malley told NBC Boston that her daughter has “always had that drive, to be the best that she can be," while her father, Kevin O'Malley, said, “What more could you want from your child? She gave back to the country that gave us everything that we have."

Jen's husband Patrick shared this sweet message on Twitter after the announcement:

The Embassy of Ireland USA also offered its congratulations:

Congratulations Jen! Your great grandparents from Gorumna would be deeply proud, as the people of Galway are today. Go néirí leat!

A biography shared on the Biden-Harris Presidential Transition website reads: “Jen O’Malley Dillon served as the Campaign Manager for the Biden-Harris campaign. She was the first female campaign manager for a successful Democratic presidential campaign. A veteran of seven presidential campaigns, O’Malley Dillon has worked in leadership and organizing positions on campaigns at every level – from state senate and mayoral races to congressional, gubernatorial, and senate campaigns.

“Prior to joining the Biden campaign in March 2020, she was the Campaign Manager for Beto O’Rourke’s presidential campaign and was a founding partner at Precision Strategies, a communications, digital, and data-targeting firm.

“Previously, she served as Deputy Campaign manager for President Obama’s 2012 re-election campaign, Executive Director of the Democratic National Committee, and battleground states director for Obama’s 2008 campaign. In her 2012 role, she oversaw the largest field, education, political outreach, and data analytics organization in the history of presidential campaigns.

“A native of Massachusetts, O’Malley Dillon is a graduate of Tufts University and a mom of three young children.”

O'Malley Dillon can trace her ancestry back to Ireland through her great-grandparents, who emigrated from Gorumna Island in Co Galway.

In 2015, O'Malley Dillon shared on Twitter that she was "proud to be Irish American" after the Republic of Ireland voted by referendum to legalize same-sex marriage: