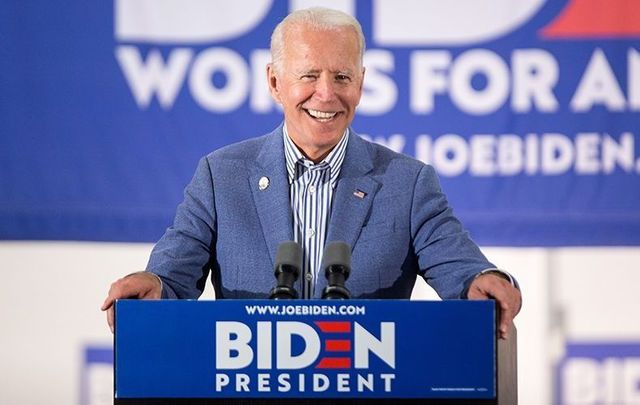 In a series of tweets on March 12, O’Malley Dillon said she was excited to work alongside Joe Biden and his team in hopes of ending “the disaster of Donald Trump.”

Like so many other Democrats unifying every day around @JoeBiden’s character and leadership, I couldn’t be more excited to help elect him the next President and end the disaster of Donald Trump.

She continued: "It’s an honor to work alongside all of @TeamJoe who spent the last year fighting their hardest, in Philly HQ and the states, even when they were counted out. That’s who you want to be in the fight with, always.

"I’m grateful to be back on a team together with folks from across the party and so many other campaigns, friends old and new, and especially the #KHive, #TeamPete, #BetoToBiden, #TeamAmy, #TeamCory, #TeamMike and many more still every day.

"I have immense respect for what @schultzohio [Greg Schultz] has built, and even more for him as a leader and friend. His contribution to our country has already been immeasurable, and his vision and work will mean everything to victory in 2020.

"Today was the first of many long days in Philly. I’ll end it energized by the work, by our candidate, by the movement of so many voters and volunteers across the country - and can’t wait to get back to it tomorrow."

Previously, O’Malley Dillon served as the executive director for the Democratic National Committee during President Obama’s first term in office and then as the deputy campaign manager for Obama’s 2012 reelection campaign efforts.

More recently, she worked on the presidential nomination campaign for Texas Representative Beto O’Rourke, which came to a close in November. She’s been helping the Biden campaign since the Nevada caucuses, according to The New York Times.

A Massachusetts native, O’Malley Dillon also worked on a series of state and local campaigns before moving to Washington, where she is a partner in the public relations consultancy Precision Strategies. Her husband Patrick also worked in the Obama White House, where Biden served as Vice President.

In 2015, O'Malley Dillon tweeted that she was "proud to be Irish" when Ireland voted to legalize same-sex marriage:

In 2018, she tweeted that the referendum to legalize abortion in Ireland was "a huge victory for Irish women:"

This will be such a huge victory for Irish women—for all women. So so happy for Ireland and always proud to be Irish!! #RepealTheEighth #HometoVote https://t.co/ziCLfA7IO5

O’Malley Dillon replaces Greg Schultz as campaign manager, who will now work on “organizational planning for the general election and continuing to bolster the campaign’s external outreach,” Biden’s campaign said.

In a statement, Biden said: "I am grateful to Greg for his leadership and hard work to help get our campaign where it is today, and I will value his continued input on this campaign.

"I am also thrilled that Jen is bringing her considerable talent and insight to this team. She will be a tremendous asset to a campaign that is only growing and getting stronger as we prepare to take the fight to Donald Trump this fall."

O’Malley Dillon said: “Like so many other Democrats who are unifying behind Joe Biden’s character and leadership, I’m excited to join the team at this critical moment.

“Vice President Biden is turning out voters at record levels and building the broad coalition we need to ensure Donald Trump doesn’t get a second term. It’s an honor to help make him the 46th President and I’m ready to get to work.”

Biden, who currently holds the most delegates in the midst of the primary season, is set to face off with Senator Bernie Sanders in a televised debate on Sunday, March 15.