Caroline Kennedy has formally endorsed former US Vice President Joe Biden for the 2020 US Presidential Election. 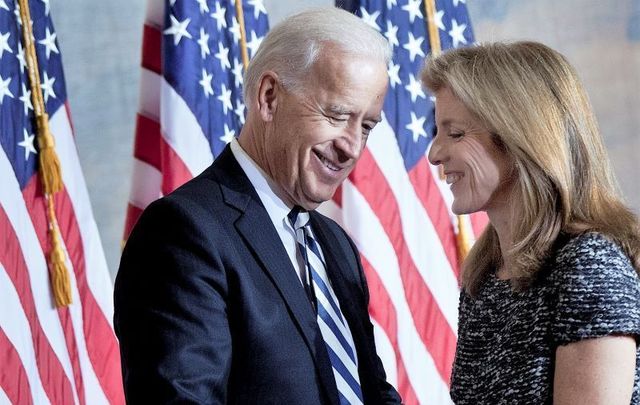 Caroline Kennedy thanks Vice President Joseph Biden after he spoke during an event to honor her father's inauguration on Capitol Hill January 20, 2011 in Washington, DC. Getty Images

Kennedy made the endorsement in an op-ed for The Boston Globe which was published on February 4. In it, Kennedy explained that after she and her late uncle Senator Ted Kennedy endorsed Barack Obama in January 2008, Obama asked for her input in selecting a running mate. She endorsed Joe Biden.

“President Trump has done immense damage to our institutions, exploited our differences, and shredded our credibility around the world. I am excited by the Democratic candidates and the ideas they have put forward. But this year, it’s not just policy proposals that are on the ballot. Our fundamental values are at stake as never before in my lifetime.”

While Kennedy notes Biden’s achievements as both a Senator and the Vice President, she admits “this election is about more than achievement. It is about character.”

Kennedy closes her endorsement by invoking the words of her late father: “Although 60 years have passed, people still tell me that they are inspired by the words from my father’s inaugural address: ‘Ask not what your country can do for you. Ask what you can do for your country.’