The aircraft carrier 'John F Kennedy' is set to be christened by his daughter before the end of the year. 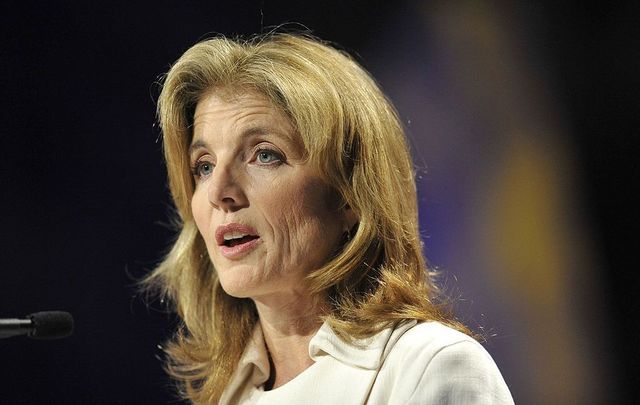 The aircraft carrier 'John F Kennedy' is set to be christened by his daughter before the end of the year.

Construction of the new aircraft carrier ‘John F Kennedy’ is now 92% complete after workers landed a 588 metric ton island on the warship’s flight deck on Wednesday afternoon, which symbolically would have been the former president’s 102nd birthday.

The vessel, which will be the second such vessel to be named after the 35th president of the United States, is expected to be christened in November by sponsor Caroline Kennedy, JFK’s daughter.

WAVY's Chopper 10 over the new aircraft carrier JOHN F. KENNEDY (CVN 79). The 588 ton Island Landing was recently installed. The ship is under construction in Newport News and planned to be commissioned in 2020. @WAVY_News pic.twitter.com/zX5q1qKOBx

Not present at the ceremony, Caroline Kennedy left a message which was read aloud.

“I know how proud my father would be of the ship that will bear his name and the patriotism and dedication of all who will sail in her,” Caroline Kennedy said in a letter addressed to the crew of the ship.

Caroline also christened the first aircraft carrier named in honor of her father in 1967. Nicknamed ‘Big John,’ the ship was decommissioned in 2007 and was the last American aircraft carrier to be powered by conventional fuel.

Subject of the 1960s hit song ‘Sweet Caroline’ and one-time US ambassador to Japan, Caroline Kennedy apologized for her absence but said that she’s “looking forward to joining you at her christening.”

Read more: WATCH: On This Day: JFK challenges NASA to put a man on the moon

Placement of the island on a ship’s flight deck has become a modern-day maritime ceremony, akin to raising a ship’s mast in the past.

Future captain of the aircraft carrier, Todd Marzano, placed his first set of gold aviator wings along with other ceremonial coins before they were welded with the newly placed island. Included amongst the coins was the first minted Kennedy silver half dollar, donated by Caroline.

Marzano said that the gesture symbolized his commitment to building a crew that is “manned, trained and ready in all regards” to operate the aircraft carrier when it enters the US naval fleet.

“They (the wings) become a permanent part of the ship’s structure and naval tradition promises that this will provide good luck and safe passage, Marzano said after the island was placed on the flight deck.

Construction began on the nuclear-power vessel four years ago and it is expected to be completed within the next year.