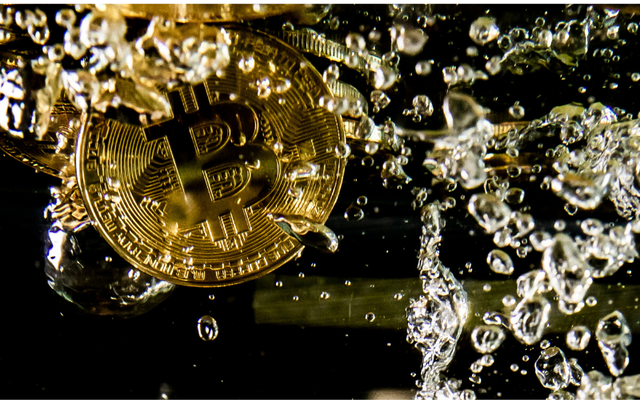 The sale could be the first cryptocurrency-only sale in the United States. Getty

The owner of two Irish bars in New York City could make history by selling his establishments through Bitcoin.

Patrick Hughes, who owns Hellcat Annie's and Scruffy Duffy's in Hell's Kitchen, plans to sell both establishments through cryptocurrency by completing the first cryptocurrency-only restaurant sale in American history.

Hughes, 56, has placed the two bars on the market for 25 Bitcoins or 800 Ethereum tokens, a value of roughly $875,000, according to current Bitcoin prices.

Hughes opened Scruffy Duffy's in 1990 on Eighth Avenue before moving it to its current Tenth Avenue location in 2019, while Hellcat Annie's has been open since 2009.

Any prospective buyer must be willing to buy both bars, according to a sign placed outside the establishments.

"Bars for sale. 800 Ethereum token or 25 Bitcoins for both bars. Must buy both bars," the sign reads.

Hughes told the New York Post why he was seeking cryptocurrency in return for his two bars instead of cash.

"It is my feeling that crypto is the currency of the future", he told the New York Post. "It's decentralized, it's global, and it's coming.

"I want crypto. There's a lot of guys out there that have a lot of crypto. I'd like some of that."

He said that he was hoping to catch one of those "crypto dudes" that has always wanted to own a bar and said that he's already had a few casual inquiries.

No US Dollars will be accepted. Only Ethereum or Bitcoin accepted.

Hughes will make history if he manages to sell his bars through cryptocurrency.

Charles Cascarilla, the CEO of Paxos Trust Company, which specializes in cryptocurrency infrastructure, told the New York Post that no bars or restaurants had been sold in America for cryptocurrency-only.

"I’m not aware of any other bars or restaurants that have been sold for crypto-only," Cascarilla said.

Meanwhile, Hughes plans to head south and work on his golf game if he successfully sells his bars, while he also plans to spend more time with his wife and three kids.

He had been planning to sell the bars before the outbreak of the COVID-19 pandemic and said that the last ten months have cemented his desire to get out of the business that he has been involved in for 40 years.

His two bars remained closed for much of 2020, while he was forced to reduce his staff from about 60 to five or six.

He reopened Hellcat Annie's in November after installing an outdoor open-air cabin and said that business is almost back to pre-pandemic levels, but Scruffy Duffy's has remained closed throughout the pandemic.