New York City’s hospitality industry, including many Irish bars and restaurants, has been left reeling again with the closure of indoor dining this week. 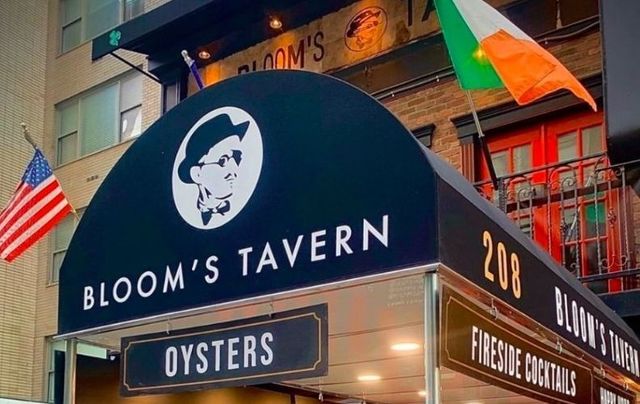 The holidays are the busiest time of the year for bars and restaurants, and Irish owners are among those feeling deeply frustrated.

In a normal December, New York City’s Irish pubs and restaurants would be packed with tourists, office workers, and locals celebrating the holiday season, but for 2020, they’ll be completely empty thanks to the new indoor dining ban implemented by Governor Andrew Cuomo that went into effect on Monday, December 14.

COVID-19 restrictions have wreaked havoc on the city’s hospitality trade, and several publicans who spoke to the Irish Voice expressed frustration at Cuomo’s latest ban, especially as indoor dining COVID transmissions, by the government’s own statistics, stand at 1.43 percent. Private home gatherings are by far the biggest spreader of this deadly new wave of Covid at more than 70 percent.

“I think the biggest issue we have is that neither the transmission rate or the hospitalization rate in New York City doesn't support the decision to shutter indoor dining," Mark Fox, a native of Co Dublin and president of the FOX Lifestyle Hospitality Group which owns four Manhattan restaurants, told the Irish Voice.

"The impact that this decision will have on working-class families during the holiday period is devastating. The willingness of the city and state administrations to ignore the human toll their decisions have is mind-boggling,”

Michelle Murphy, originally from Co Offaly and a co-owner of Bar 43 in Sunnyside, Queens, agrees.

“It really doesn’t make sense from the statistics. This will just increase the household gatherings further. Since March, we have adapted and adjusted to every measure that was asked of this industry to implement and safeguard our customers and employees,” Murphy told the Irish Voice.

A number of popular Irish restaurants have opted to close entirely until the lockdown ends, among them the Stout NYC group and the Tir na nOg locations on West 31st Street and in Times Square.

The popular Dead Rabbit on Water Street in Manhattan, regularly cited on numerous lists as one of the city’s best Irish pubs and remaining open for takeout, questioned the logic of the new ban.

“We’re penalized, others’ behavior isn’t. We’re forced to lay off 20 fantastic people, again. We’ve had to find six figures to refit the bar to standards above the governor’s recommendations, and are left with no income. Just debt, spoilage, and the blame for other people’s rule-breaking,” the owners said in a Facebook post.

“One last thing. The total customer and staff infections plus the times we’ve had to implement our contract tracing protocol since we reopened? Zero.”

This is our lovely Parlor, made all ready for you – hygienically safe, ionic air filtration, socially distanced. You...

What’s especially painful for the business owners is having to terminate staff, especially before the holidays.

“We have had to cut the majority of our staff members for the second time this year, running on bare minimum to try keep the doors open,” Murphy said.

Eddie Travers, owner of the Fraunces Tavern and the Porterhouse Brew Co in lower Manhattan, was also forced to lay off more than two dozen workers last weekend.  At their height, his businesses employed around 100 people. That number is now down to 20.

“It’s horrible really. We had our staff tested weekly. We did everything we were asked to do by the government.  And now indoor dining is banned again with so many people out of work for the holidays.  It must have been a busy day at unemployment on Monday,” Travers, a native of Co Meath told the Irish Voice.

Both of Travers’s businesses, which are next to each other, are surrounded by mostly empty office buildings. He implemented outdoor dining which did fairly well over the summer, but that’s all in doubt going forward as winter looms and the city is due its first major snowfall this week.

“We are just going to continue as best we can. If we are losing too much money we will have to close. We have takeout up and running now, but it will be difficult to do deliveries in a foot of snow. We’ll have to see how it goes,” Travers said.

The lack of government financial aid is an especially bitter pill for restaurateurs to swallow. Money from the Paycheck Protection Program earlier this year has long run out, and many owners have assumed personal debt in the hope of keeping their businesses alive until the pandemic recedes.

“I’ve been talking to many friends of mine in the industry and a lot of them are down to their last few dollars and cents. There will be some serious closures in the next few weeks unless we get stimulus help,” Travers said.

Noel Donovan, the managing partner of Bloom’s Tavern on East 58th Street, part of John Mahon’s Pig n Whistle Group which owns 13 pubs/restaurants in New York and Dublin, says the bills are piling up due to a lack of government assistance.

“On January 1 I have a very large New York City property tax bill due, $70,000. If you don’t pay on time the interest rate is ridiculous. No one from government is giving us a break on that – you’ve got to pay it whether you like it or not,” Donovan told the Irish Voice.

“What we need right now is stimulus money.  We are looking at a double whammy – no stimulus and winter weather which is really going to hurt outdoor dining.”
Donovan had to lay off three full-time employees thanks to the new indoor dining ban; others are working for reduced pay and limited hours.

Still, he adds, the pandemic impact could have been worse.  “Bloom’s is lucky because we are in a diverse neighborhood with lots of residential buildings and retail too.  So it wasn’t a complete disaster for us,” he says of the spring, summer, and fall months.

Donovan estimates that revenues are down “probably 70 or 80 percent.”  Of the 12 Pig n Whistle Group locations in New York, only six are currently open.

“And this should be our busiest time of the year.  However, at least we can see light at the end of the tunnel with the vaccine rollout,” he added.  “The winter is going to be tough, but we’ll look forward to March and April and better days.”

Murphy is left wondering what more her industry could have done to stave off another ban at the busiest time of year.

“Everything that was asked of us we did from the new outdoor space, filtration system installed, all Covid measures enforced like daily cleaning schedules on top of what we do already with contact tracing, temperature checks, contactless menus and so forth,” she said.

“Having only 25 percent occupancy meant we could only have 25 people inside at one time so our space allowed us to ensure more than six feet of distance.”

The future remains uncertain, but the owners are determined to succeed.

“But now, honestly, we can only take it day by day, week by week.”

A message on the Stout NYC Facebook page says its pubs look forward to better times.

“NYC is strong, resilient, and a unifier of people from all backgrounds. Stout NYC is too and with the light at the end of the tunnel, we look forward to once again taking care of our community for many years to come,” the message said.

Dear Stout NYC Friends and Family, Due to concern for the growing number of positive COVID-19 cases and following...