With St. Patrick’s Day 2021 less than four months away, organizers are preparing for all possibilities, including a virtual televised march. 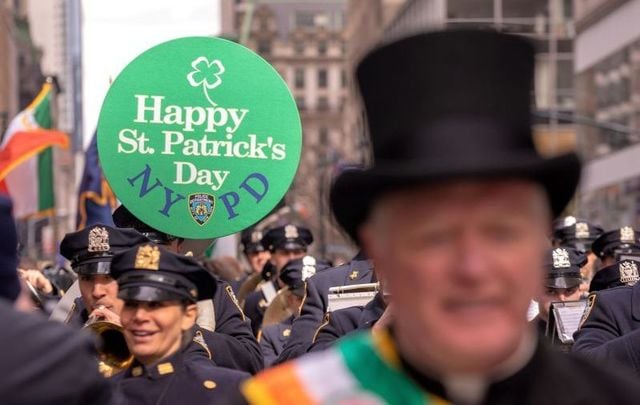 The biggest event on Irish America’s celebratory calendar, the New York City St. Patrick’s Day parade, will proceed in some way, shape, or form in 2021, organizers say, but given the continued spread of the coronavirus, it’s a virtual certainty that the usual hundreds of thousands of onlookers will not be lining Fifth Avenue just over four months from now on March 17.

During a Zoom call with representatives of the parade’s affiliated organizations last week, Hilary Beirne, the parade’s chief administrative officer, said he “had no idea in relation to what is going to transpire at this point in time. One of the things I’m sure of is that we are going to have a parade. We just don’t know what it’s going to be like.

It’s possible, Beirne said, that the 2021 parade could be virtual.  NBC, which broadcasts the march every year, has asked parade organizers to review the upcoming telecast of the Macy’s Thanksgiving Day parade which will be virtual and to also look at this year’s Columbus Day parade in New York which was also virtual.

“Based on what we see…we are hoping to formulate some kind of broadcast similar to what (those parades) produced -- that is if we are not allowed to have a full-scale parade,” Beirne said.

This year’s St. Patrick’s Day parade was initially postponed by Governor Andrew Cuomo with the intention of hosting it later in 2020, but COVID-19 has proven to be a relentless enemy which has forced the cancellation of virtually all public gatherings in New York, including the upcoming New Year’s Eve ball drop in Times Square which will be virtual. The next big event on the city’s calendar would be the 2021 St. Patrick’s march up Fifth Avenue. 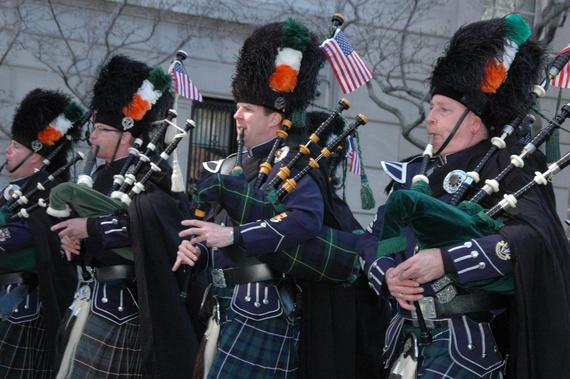 The 2020 parade was held in the pre-dawn hours of March 17, with only a handful of marchers behind the parade’s banner who started at the 69th Regiment Armory and walked up Madison Avenue to a closed St. Patrick’s Cathedral, and then on to the American Irish Historical Society on Fifth Avenue and 81st Street which is where the parade traditionally ends.

The vastly slimmed-down march went ahead with the approval of Cuomo and Mayor Bill de Blasio, who authorized the NYPD to provide an escort.

Parade organizers had to keep their plans more or less secret for fear of attracting crowds and marching groups which would have gone against the coronavirus restrictions in place on the morning of the 17th which limited gatherings to 50 or less. If it was a day later, the march likely wouldn’t have gone ahead at all.

“We were able to execute what we needed to which was a miniaturized parade in honor of our faith, our heritage, and St. Patrick,” Beirne said.

“We kept everything close to our vest…we had heard reports of bagpipers assembling close to 59th Street, and a call sent out to assemble for a parade. We marched the whole way to the Historical Society to document we had done that to ensure the parade route is protected.”

In the weeks after March 17, parade organizers usually begin the New York City permit process for the following year. But the city shut the application website and only reopened it last month. The 2021 permit has been applied for, Beirne said.

The 2021 grand marshal will once again be James T. Callahan, who was named to lead the parade in 2020. Beirne said the 2021 aides to the grand marshal would be decided by the nominating associations, but he said the parade would recommend that they too be re-appointed as they didn’t have a chance to march up Fifth Avenue.

In other news, Beirne announced the appointment of Dr. Thomas McGinn, physician-in-chief at Northwell Health, to the parade’s Board of Directors. “He is an expert on the coronavirus…he will be a major asset to us as we formulate what we are going to do on behalf of the community in 2021,” Beirne added.

Unsurprisingly, all parade-related events remain canceled until further notice, including the annual tribute to the grand marshal and aides which usually takes place in February at Antun’s in Queens Village.

“In the event that a miracle happens and we can return to some sort of normality, we will be able to activate some fundraising events,” said Beirne, who noted that the Antun’s gathering is one of the biggest funders for parade activities.

“Until we know for certain what is going to play out we cannot make any plans to have physical events.”