A brief history of Bitcoin

People owe a lot to technology. Thanks to technological advancements people have changed a lot of aspects of their lives. 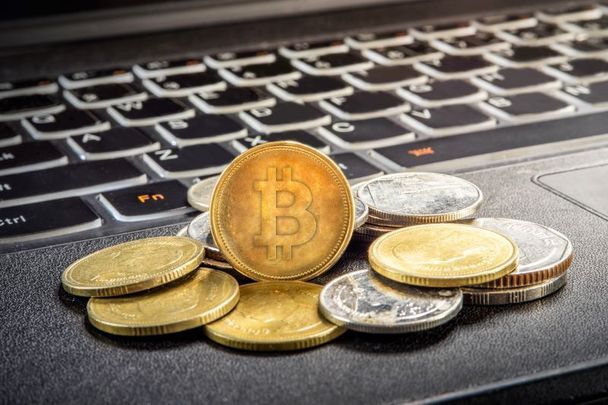 Bitcoin: The world of finance is undergoing a revolution. Getty

Areas were revolutionized and as technology doesn’t seem to stop going forward we’ve yet to see what happens next. The world of finance is undergoing a revolution thanks to the rise of cryptocurrencies, Bitcoin in particular. But how did this came to be?

The origin of Bitcoin

As everyone knows, Bitcoin is a big deal nowadays but this wasn’t the case back in the day. The inception of it can be traced back to 2008. The domain Bitcoin.org was registered that year by anonymous precursor. This is how everything began and after a while the entity known as Satoshi Nakamoto made history.

Later that year, on the 31st of October the Bitcoin white paper called “Bitcoin-A peer-to-peer electronic cash system” was published. In November the document was distributed through a mailing list. Next year, on the 3rd of January Nakamoto, create the founding block of the Bitcoin blockchain called the Genesis Block.

The Genesis Block comes with 50 BTC that can’t be spent and it spawned the creation of other blocks. It takes an average of 10 minutes for new blocks to be created. However, 6 days were needed to add the next block to the blockchain. Several theories explain why this was the case. The most interesting one states that Satoshi waited 6 days to mimic the Genesis in the Bible.

The first-ever Bitcoin transaction happened on the 22nd of May 2010. Laszlo Hanyecz, one of the contributors to the project, bought 2 pizzas from Papa John’s for 10,000 BTC. This transaction was the milestone for the Bitcoin phenomenon that we know today.

The potential of Bitcoin

Nowadays, pretty much everyone knows about Bitcoin and the potential it has. There are plenty of apps that allow everyone to start mining as soon as they register. One such app is the Bitcoin Lifestyle platform which provides users easy access to the cryptocurrency. By making a free account and depositing a minimum of $250 you can start mining for Bitcoin and have the chance to turn your life around.

What makes Bitcoin special is its accessibility. People can make transactions wherever there’s Internet access. The number of vendors accepting this cryptocurrency is growing which means that pretty soon people will use Bitcoin to pay for regular things.

Besides the iGaming industry, the gaming industry is also aware of the many benefits of payment with Bitcoin. They are the reasons why the industry is looking to find ways of implementing it. One of the earliest examples of implementation can be seen with the adoption of Bitcoin in Microsoft’s Xbox store. Players can use the cryptocurrency for the purchase of movies, games and more. Other vendors make it available for gamers to buy gift vouchers with Bitcoin.

Buying things like food, drinks, and clothes with cold hard cash can be a thing of the past as more and more vendors accept the idea of Bitcoin as the ultimate payment method. Some travel companies, TV and Internet providers, and even some real estate agencies already accept Bitcoin as a payment method. What does this mean for the future of Bitcoin?

The future of Bitcoin

Banks usually serve as the third party in transactions and Bitcoin effectively cuts of that third party. Does this mean that banks might become obsolete? That’s a no because banks are pretty important in today’s world. It’s possible that they would adapt to the Bitcoin phenomenon and maybe even help regulate it.

The volatility of the cryptocurrency has shown to be a problem that needs to be tackled. Additionally, the currency relies on the Internet to exist and has proven to be vulnerable to hackers. In other words, there’s a possibility that a hacker could ransack your virtual treasure and make off with the loot.

What’s important is that people are optimistic about the rise of Bitcoin which means that solving all the problems of the cryptocurrency is just a matter of time.